All about Gibson’s 2019 solid-body electric guitars

Here’s what we know about the 17 new models. 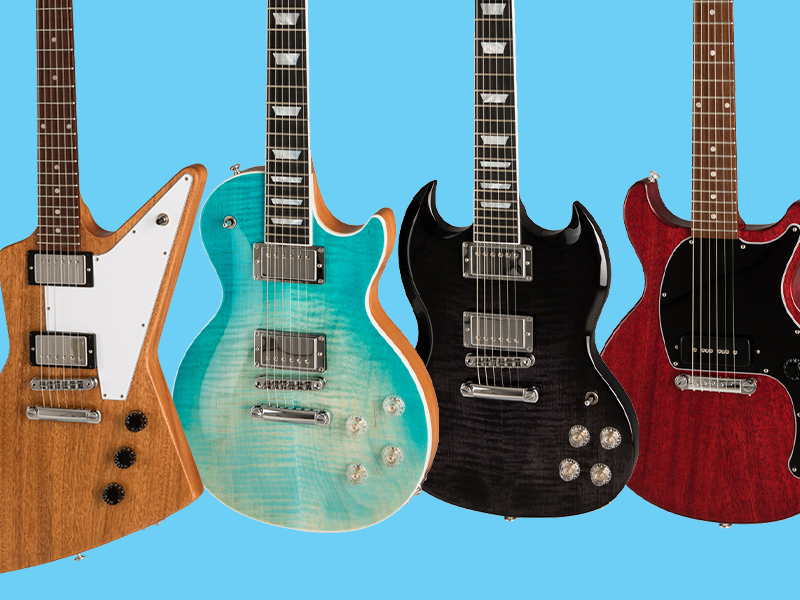 Gibson may be deep in reorganization, but that doesn’t mean it’s putting the brakes on new products. Far from it—because the brand has officially delivered the details of its 17 solid-body electrics for 2019.

Here are the highlights:

A grand total of seven new Les Paul models have been unveiled. They range from the top-of-the-line Les Paul High Performance to the budget Les Paul Junior DC 2019, with a few new Standard variations thrown in.

Lists for $799. Available in Worn Cherry.

It’s billed as “the ultimate player’s guitar,” and for good reason. The most premium Les Paul for 2019 packs an array of upgrades, both cosmetic and functional.

In the latter regard, two BurstBucker Pro humbuckers power the Les Paul High Performance—but thanks to four push-pull pots and an internal DIP switch, you can unlock an entirely new suite of pickup configurations. And, significantly, the much-maligned G-Force tuners are no more; in their place you’ll find Grover locking tuners.

Lists for $2,799. Available in Tobacco Burst and Heritage Cherry Sunburst.

Besides two new finishes, this flagship model hasn’t undergone dramatic changes. The most significant update is the addition of a five-position DIP switch to tailor pickup configurations—the same component in the Les Paul HP.

Lists for $3,399. Available in Seafoam Green and Blueberry Burst.

Only four new SGs were announced, which represents a fairly streamlined roster as compared to the six that launched in 2018.

Making its debut to the SG line-up is the Standard ’61. As its name suggests, it’s a throwback to the original SG that shook us all night long when it was introduced in 1961.

That comes through via a period-correct mahogany body with contours in all the right places, a ’60s-style neck joint, nickel-plated hardware, vintage Keystone tuners, and that iconic, glossy Vintage Cherry finish. Two BurstBuckers—a 61T and 61R—provide the requisite PAF tones.

Lists for $1,799. Available only in Vintage Cherry.

There’s no SG Faded this year, so those on a budget have only the Standard Tribute 2019 to cast their eyes on. The most affordable SG has a satin finish, rounded neck profile, vintage Keystone tuners, and two open-coil 490R and 490T humbuckers that also appeared on the Faded model.

Lists for $1,099. Available in Vintage Cherry Satin and Natural Walnut.

Compared to the 2018 version, this SG HP is a whole different beast. It sports two BurstBucker Pro humbuckers rather than the ’57 Classics, a Richlite fretboard as opposed to rosewood, and Grover locking tuners instead of the G-Force system.

Lists for $2,499. Available in Trans Black Fade and Blueberry Fade.

Accompanying the Les Pauls and SGs are a few Firebirds, Explorers and Flying Vs. Each model has two versions: the standard-issue and a more affordable Tribute line. Generally, the former guitars have higher-spec’ed electronics and hardware, and feature more eye-catching cosmetics.