All about the new Fender Player Series

Replacing the Standard models, the new line of electric guitars and basses comes with updated pickups, controls and finishes. 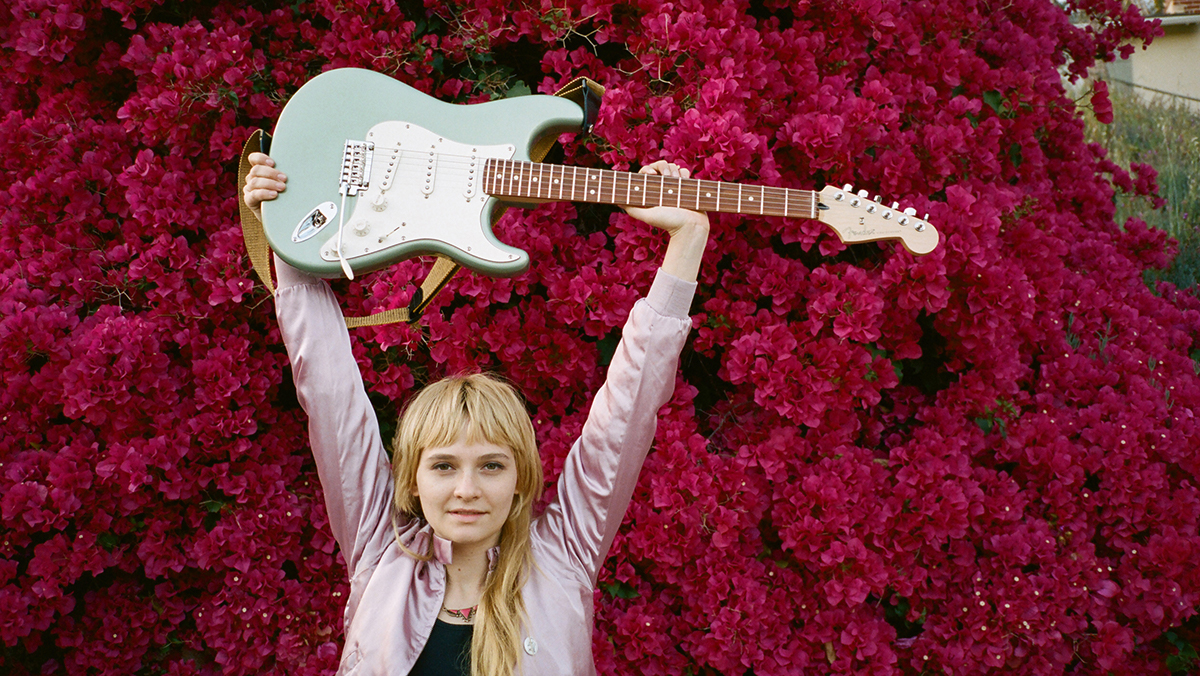 Ahead of Summer NAMM 2018, Fender has announced a brand-new series of electric guitars and basses. The Mexican-made Player Series replaces the Standard models, and is primed to be the brand’s most affordable—and beginner-friendly—line.

And it’s a big one. The Player Series includes: six Stratocasters, two Telecasters, a Jaguar, a Jazzmaster, four Jazz Basses, a Precision Bass, and a Jaguar Bass. Each instrument type comes in a rainbow of new finishes, and boasts updated pickups, circuitry, hardware and body radii. Here are the deets:

Fender wasn’t gonna mess around too much with its flagship instrument. The Player Stratocaster picks up where the Standard version left off: It has a trio of new Player Series Alnico V single-coils that, according to the brand, is “designed for authentic Fender tone—with a bit of an edge.”

Besides the new pickups, the biggest change on this line is its controls. Rather than a tone knob pegged to the bridge and middle single-coil, the Player Strats have a dedicated tone control for the bridge pup—meaning the other tone knob controls both the middle and neck. It’s a minor detail, but a major break from tradition.

Other small updates include a two-point tremolo bridge, the addition of one more fret, and sleeker curves that harken back to vintage specs.

Apart from those changes, the Player Strats are still the same guitar you know and love. They have alder bodies, modern “C”-shaped maple necks, and a 9.5-inch (maple or pau ferro) fretboard radius with medium jumbo frets. And you now have seven finishes to pick from, such as the retrolicious Sage Green Metallic and Tidepool, as well as the option of a left-handed model.

The Player Stratocaster Plus Top is identical to the Player Strats in every way except one: It sports a flame maple top in two finishes, Aged Cherry Burst and Tobacco Burst.

These are your ‘Fat Strat’ models. They have Alnico II Player Series humbuckers—in HSH and HSS configurations—but are otherwise identically spec’ed as the regular Player Strats and Plus Top Strats. Yes, that includes the independent bridge humbucker tone control.

The HSS guitars are available in the same seven finishes as the SSS Strats, while the HSH electrics come in three colors: Tobacco Burst, Sage Green Metallic and Buttercream.

These models are priced at $649.99 (maple fretboard) and $674.99 (pau ferro fretboard). Unfortunately, there isn’t a lefty guitar in this range.

This one’s pretty self-explanatory. It has the same pickups and specs as the Player Strat HSS, but with a Floyd Rose double-locking tremolo system. Oh, and perhaps to suit the metalheads better, this model bears a flatter, 12-inch radius fretboard.

The Player Telecasters and Telecaster HH didn’t go through as much of a change as their double-cutaway brethren did. The most significant update here are pickups: the Teles have new Alnico V Player Series Tele single-coils, while the Tele HH has two Alnico II Player Series humbuckers. And, no, the switching system hasn’t been tinkered with.

These Teles also sport string-through-body construction and new bent-steel saddles that Fender claims will “add a bit of zing to your tone.” Everything else on the Teles reference the Player Strats: same neck profile, fretboard radius, 22 medium jumbo frets, sleek body profile, and so on.

If you were hoping for the Mexico-made Jazzmasters to resemble its vintage forebears, well, it didn’t happen.

The Player Jazzmaster doesn’t have the lead/rhythm circuits and, strangely enough, comes only in a HH configuration, with a pair of Alnico II Player Series humbuckers. However, the bridge humbucker is coil-split, so single-coil tones are still accessible via a push/pull knob.

The Player Jazzmaster comes in four colors and retails for $674.99.

Like the Player Jazzmaster, the Player Jaguar is no period-correct instrument. The lack of the lead/rhythm circuits and ‘strangle’ switch makes sure of that, while an Alnico III Player Series Jaguar humbucker in the bridge position—it’s coil-split—takes it further into the modern day. Its neck pickup, though, is more familiar: an Alnico II Player Series Jaguar single-coil. And a three-way pickup selector switch removes the need for the complex circuitry of an OG Jag.

Like most of the other guitars, this short-scale axe has 22 medium jumbo frets, a sleeker body profile, an alder body, a maple modern “C”-shaped neck, and a 9.5-inch fretboard radius.

The Player Jaguar is available in four finishes, and retails for $674.99.

Not much has changed in the Player Jazz Bass. It has two brand-new Alnico V Player Series single-coils, an updated four-saddle bridge, open-gear tuning machines and a sleeker body radii.

You’ll recognize the other specs on the Player J-Bass. Its volume/volume/tone knob configuration remains, as do its thin, 1.5-inch nut width, alder body, modern “C”-shaped maple neck, 9.5-inch fretboard radius, and 20 medium jumbo frets. This bass comes in seven finishes, and is also available as a lefty model.

Similar to its offset sibling, the Player Precision Bass doesn’t tinker with tradition. A fresh Alnico V Player Series split single-coil ensures it brings the earth-shuddering thud of a good ol’ P-Bass, while those with larger hands will feel right at home with this instrument’s thicker nut width.

While there aren’t five-string and lefty versions of the new P-Bass, its other specs are identical to the J-Bass in terms of tonewoods, neck shape, fretboard radius and so on.

The collision of a Jaguar, P-Bass and J-Bass resulted in the Player Jaguar Bass.

For more information, check out fender.com.