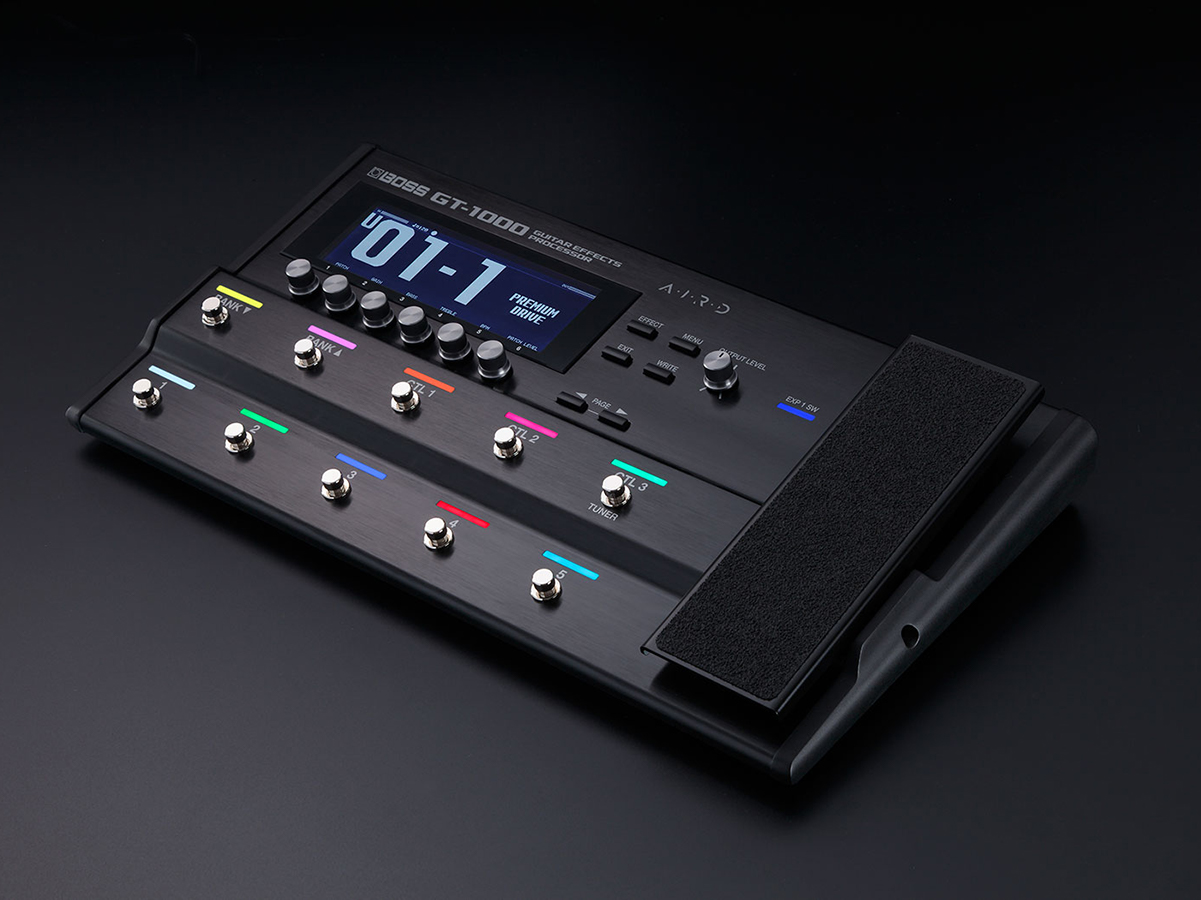 The new Boss GT-1000, announced at Winter NAMM 2018, is a digital amp modeler and multi-effects unit that can transform any amp into a vintage tube machine.

The sleek, slim metal unit harnesses Boss’ new Augmented Impulse Response Dynamics, or “AIRD” for short, technology to deliver those sounds. According to Boss, AIRD is able to reproduce the “complex internal component interactions of tube amps in every way,” and is responsible for mimicking amps that run the gamut from coveted vintage units to modern heads to, of course, Boss’ own models. You can even concoct a personal brew with a combination of different amp sounds.

The GT-1000 can be tailored to any set-up. You only have to select the output type on the unit—whether you’re playing into a computer, an effects loop or direct to an amp—and AIRD will take care of the rest. (Yes, the GT-1000 can also double up as a USB audio interface that runs at a 32-bit and 96kHz sampling rate, the first for any multi-effects processor.) 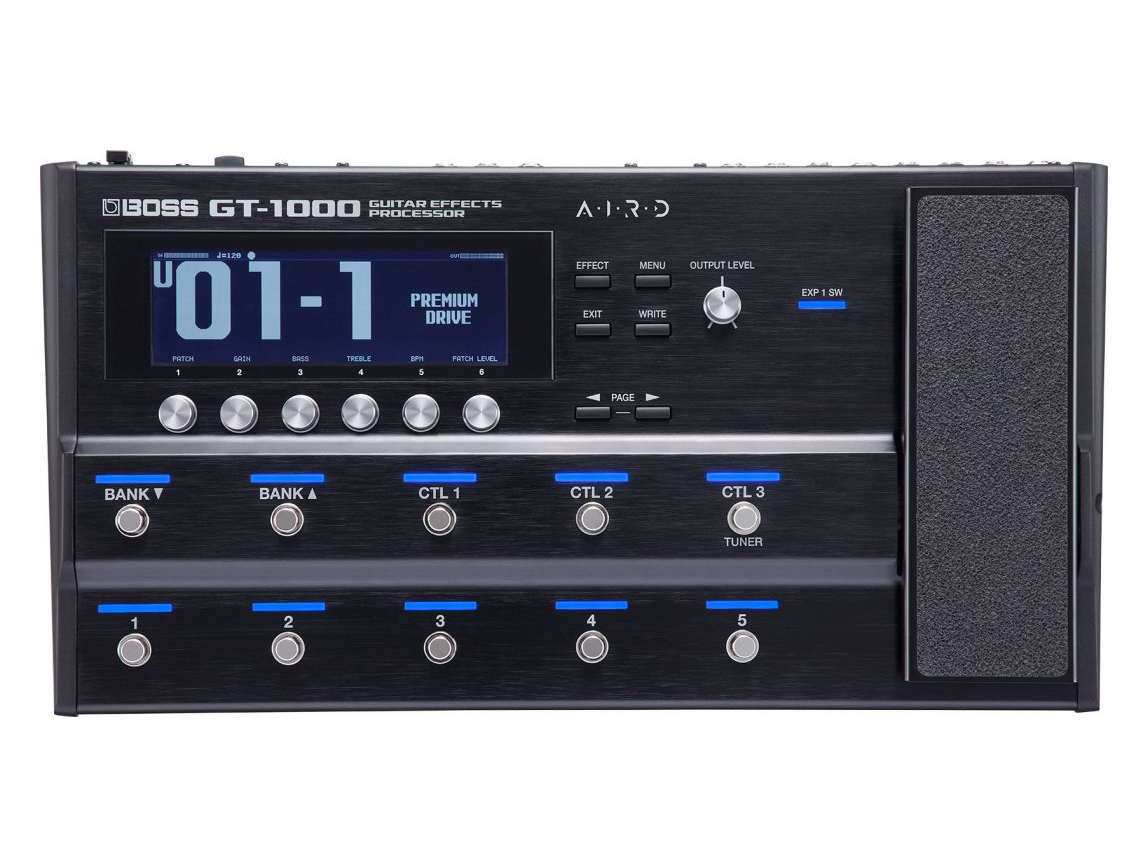 The massive library of sounds also includes effects that have been corralled from pedals such as the DD-500 delay, MD-500 modulation and RV-500 reverb, as well as other, more unique effects. These effects and amp models can either be routed in series or parallel, with delay/reverb and signal paths that can be mixed at various points. Two effects loops provide room for your existing pedalboard.

Other features on the GT-1000 include: Bluetooth capability, which allows you to organize patches and adjust parameters via the BOSS Tone Studio smartphone app; ultra-fast patch switching with delay or reverb trails; an integrated expression pedal; ten footswitches; and six assignable knobs.

For more information, check out boss.info.