The WL series lets you go cable-free without the hassle. 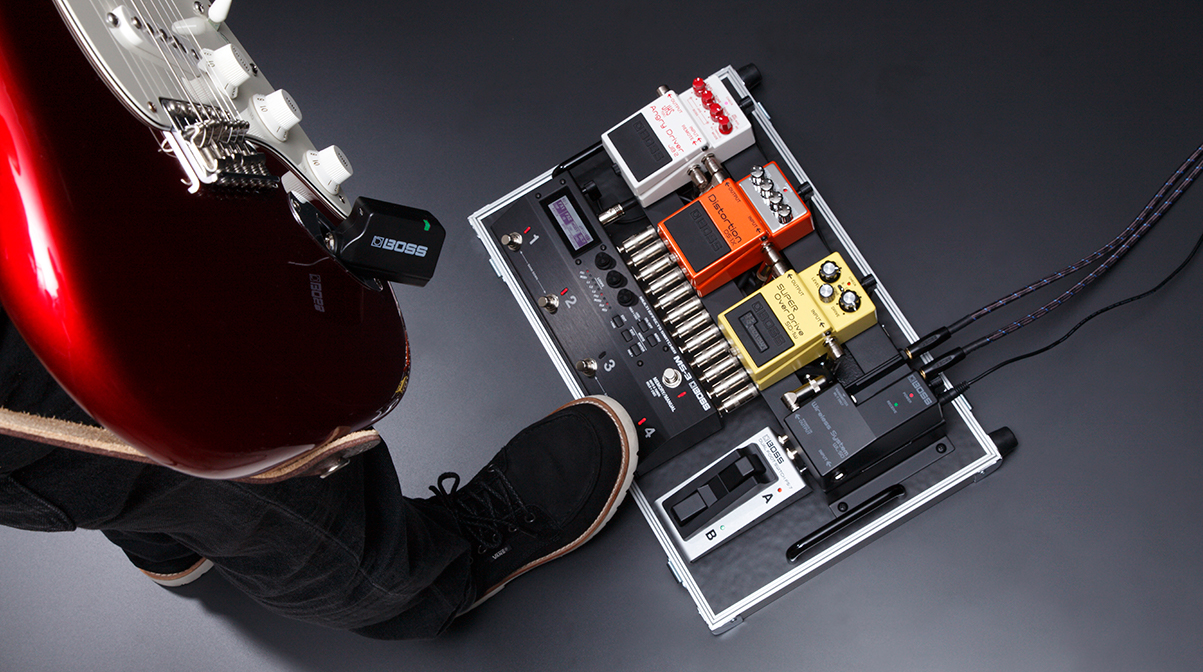 Boss has announced the WL series of plug-and-play instrument wireless systems that’s designed to be as easy to set up as it is to use—no complicated syncing or huge rack units here.

There are three versions of the new wireless system: the WL-20, WL-20L and WL-50. The former two are ultra-compact devices, while the WL-50 is specifically built to fit right onto your pedalboard. And all three work in the 2.4 GHz frequency band and deploy the technology found in Boss’ Katana-Air wireless guitar amp.

These tiny receiver/transmitter pairs are straight-up replacements for your leads—they work with guitars, basses and other electronic instruments. The WL-20 and WL-20L components plug into both your guitar and amp (or the first pedal in your chain), sync up automatically within a 50-foot range, and produce just 2.3 ms of latency. And they both are powered by internal rechargeable batteries that offer 12 hours of use.

The only difference between the WL-20 and WL-20L? The former has built-in ‘cable tone simulation’ that is designed for electric guitars and basses with passive pickups. According to Boss, this “reproduces the natural capacitive effect that’s introduced when using a ten-foot guitar cable.” Or, in other words, it rolls off the treble ever so slightly.

The WL-20L, on the other hand, is best suited for acoustics with onboard preamps, electrics with active pickups, or other line-level instruments that don’t require the cable simulation technology. 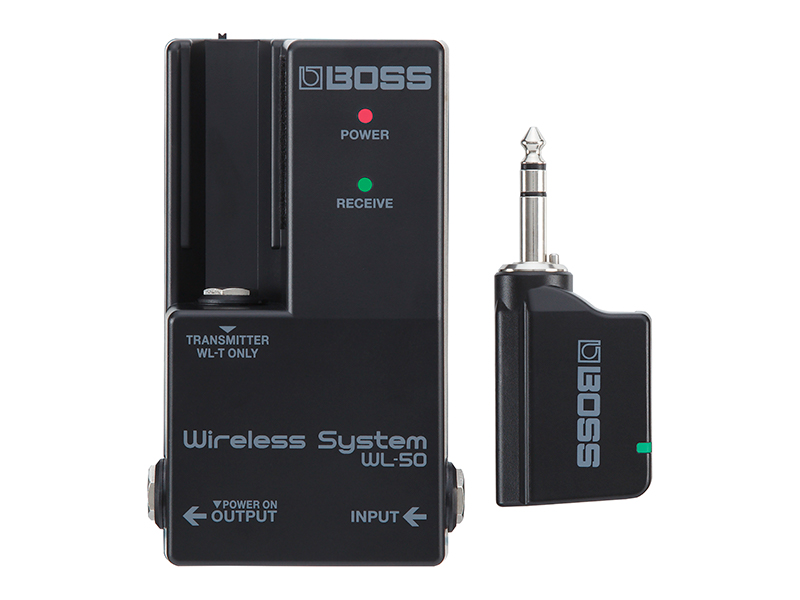 The bigger sibling to the WL-20, the Boss WL-50 is meant to slot neatly onto your existing pedalboards. It has two components: a transmitter that’s almost identical to the one found in the WL-20 system, and a stompbox-sized receiver that doubles up as a power supply and has a longer range of 65 feet.

To use the WL-50, you’re actually meant to plug in two transmitters: one to your instrument, and another to the receiver’s docking bay. The receiver will charge the docked transmitter and sync up automatically to the one on your guitar. Your signal chain then begins from the WL-50’s output jack. Unlike the smaller system, the WL-50 offers two types of cable simulation—short and long—and, if powered by an adapter, sends juice to your other pedals, too.

Find out more about the new Boss wireless systems here: