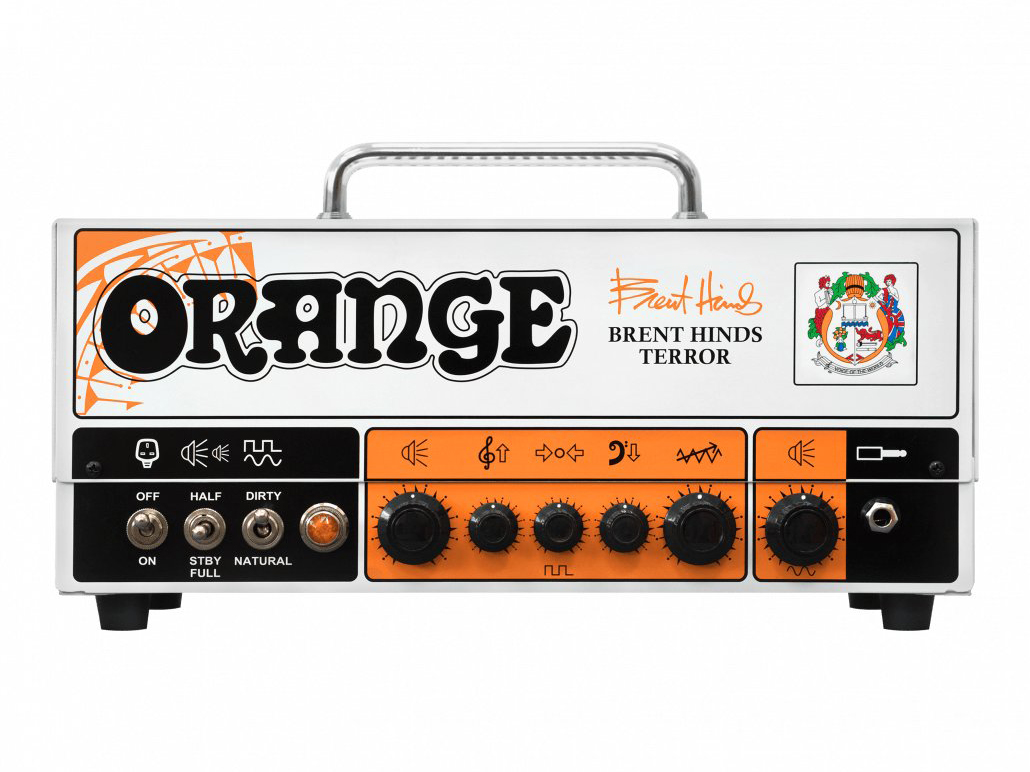 Earlier this year, Orange added the Brent Hinds Terror amp head to its roster. But in case you missed out on all its cool features during the debut, the British brand has released a video of the Mastodon guitarist explaining what makes the Brent Hinds signature amp so special.

There’s a lot that one could say about the duo-channel tube amp that boasts four power modes and a three-stage gain. But we’re not sure if a clearly inebriated Hinds was the best hire for this job. Is it a true channel-switching terror or a two-channel switching terror? Does it come with a “Headroom” switch, a “Bedroom” switch, or both?

Watch the video to witness Hinds grapple with sobriety (probably in jest), tongue twisters, and an angsty manager tasked to remind him of all the features of his own signature piece: an attenuator switch, beefy terror transformers, and “a unique gain structure… which is unique.”

At the very least, Hinds recalls that the amp and his forehead both sport matching tattoos. But which one came first? This will likely remain a mystery to everyone, except perhaps for the amp makers, described by Hinds as “chemists, in a lab under the mountain with people wearing goggles.”

For more information, check out orangeamps.com.