Ahead of Father’s Day, Bushmills Irish Whiskey announced a collaboration with Lowden Guitars – one of the world’s finest acoustic guitar manufacturers – to unveil a new limited-edition guitar made from materials used to make whiskey. 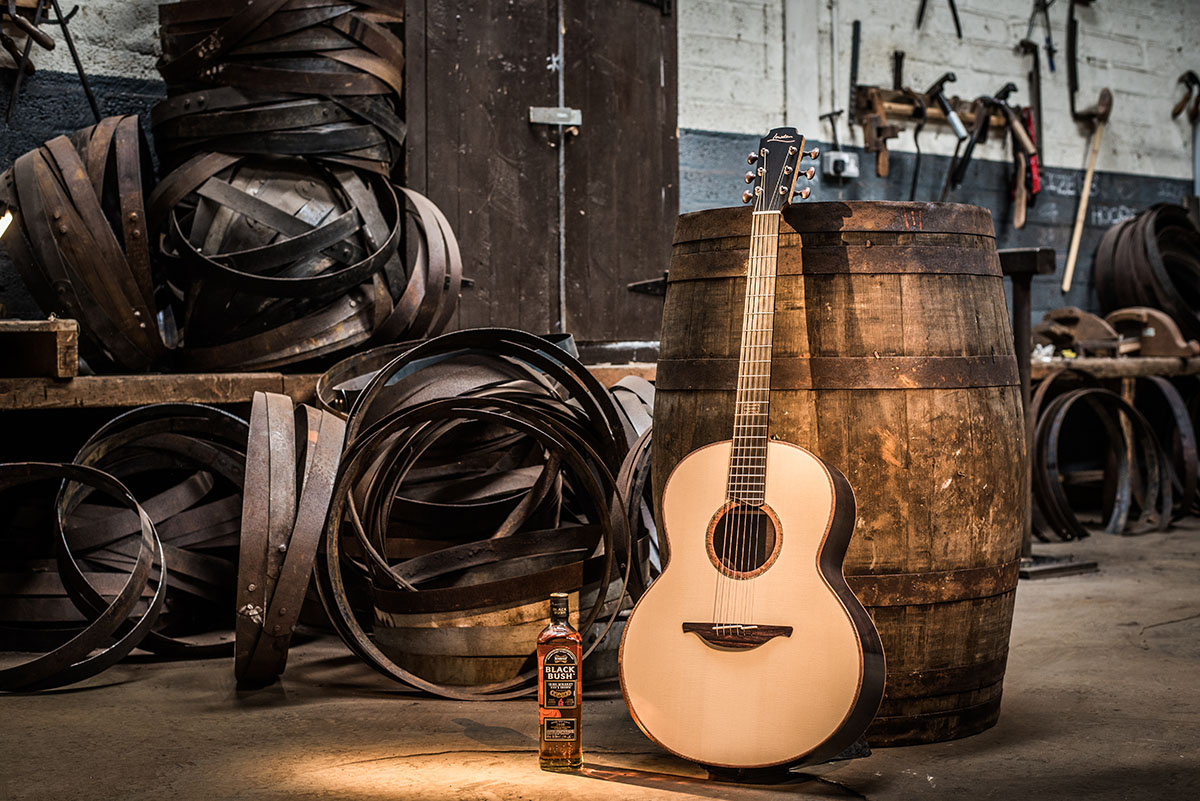 Critically acclaimed Northern Irish singer-songwriter Foy Vance also had a hand in the creation of the guitar, lending a musician’s eyes and ears to the instrument’s final look and sound.

The Bushmills x Lowden Black Bush Edition is the second guitar to be born out of a collaboration between two iconic Northern Irish brands who share a passion for quality craftsmanship. The guitar features copper from the 10 traditional copper pot stills used to triple distil Bushmills Irish single malt and barrel wood that has been used to mature whiskey for hundreds of years at the world’s oldest licensed whiskey distillery, The Old Bushmills Distillery. The barrel wood has been complemented by some of the best tone woods in the guitar world – African Blackwood and Alpine Spruce. 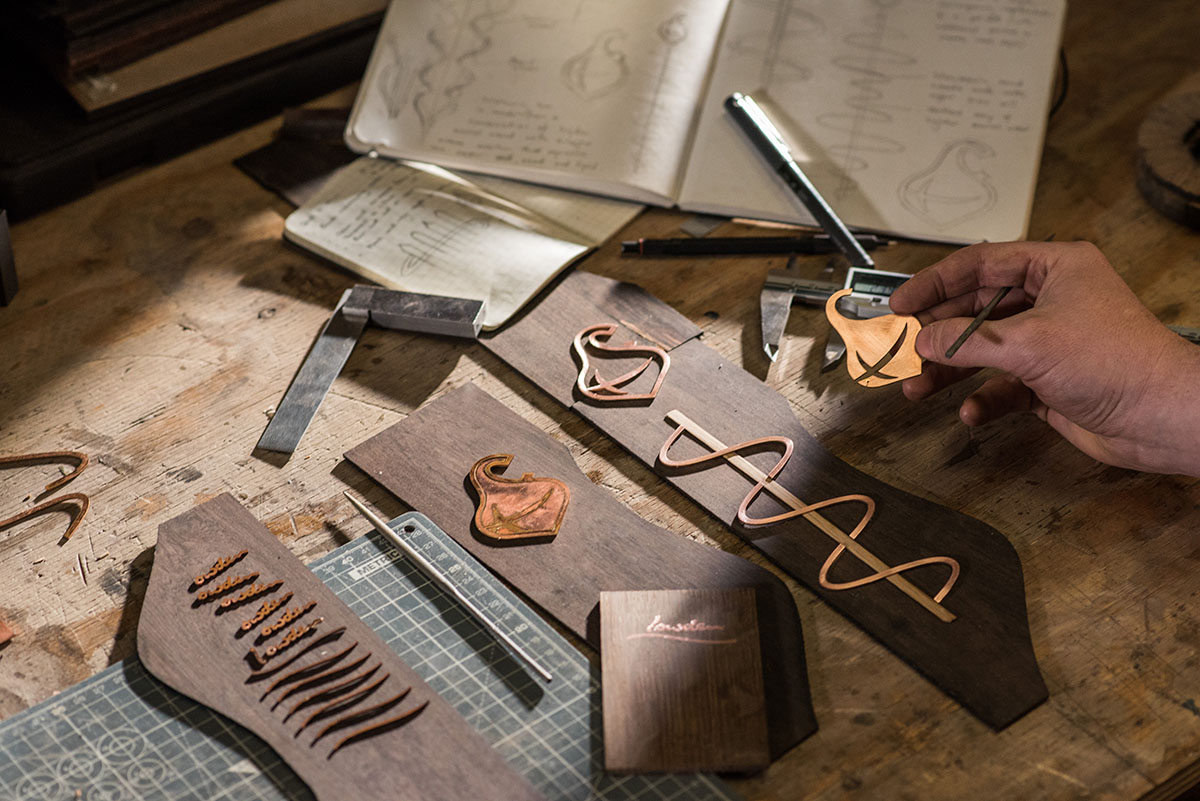 It took more than 100 hours to design and build the new guitar in the world-famous Lowden workshop, and this is the first time copper from The Distillery has been used in this way. There are 25 Bushmills x Lowden Black Bush Edition guitars available to buy from Lowden Guitars, each retailing at £9,800.

Colum Egan, Master Distiller at The Old Bushmills Distillery, collaborated with George Lowden to select materials for the guitar from the whiskey-making process. In addition to the original pot still copper featured on the guitar, Oloroso sherry casks have been used on the back inlay and the 12th fret inlay to pay homage to the dark intensity and smoothness of BUSHMILLS BLACK BUSH, an Irish whiskey blend that combines a high amount of malt whiskey matured in former Oloroso sherry casks. African Blackwood was then used on back and sides of the guitar and Alpine Spruce for the soundboard. 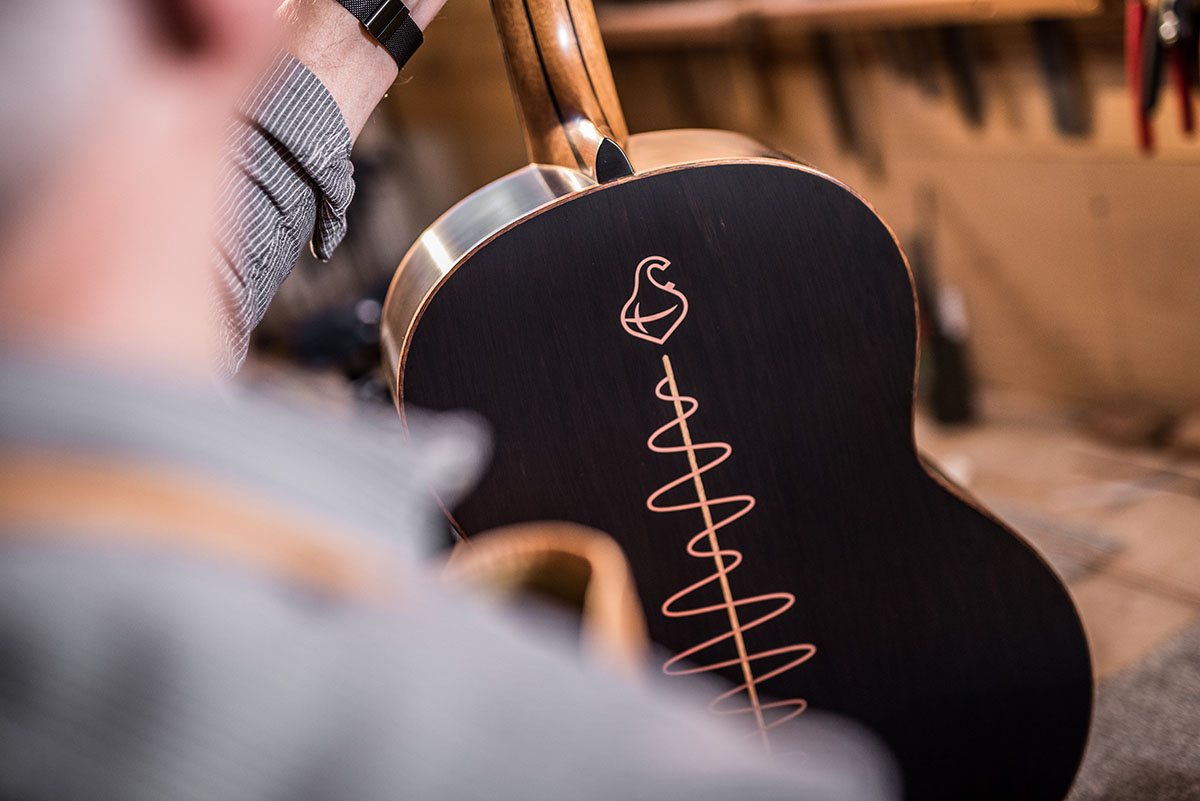 Master luthier George Lowden, whose acoustic guitars have been used by some of the world’s most famous artists, including Ed Sheeran, said: “I was fascinated with the copper from the original pot stills at The Old Bushmills Distillery. Not only is it a beautiful metal to work with but it’s amazing to think this material has had whiskey flowing over it for hundreds of years. Likewise, the sherry casks are literally steeped in whiskey-making heritage and used throughout to perfectly complement the other tone woods. I chose African Blackwood for the back and sides because tonally it is one of the best woods you can get and when paired with Alpine Spruce on the soundboard, it produces a very clear, very strong sound – everything about it is just beautiful.”

Once the guitar was complete, Northern Irish musician Foy Vance debuted the guitar at an intimate session in Warehouse No. 2 at The Old Bushmills Distillery with popular Irish band Beoga and poet Jon Plunkett (the full performances can be viewed at www.youtube.com/foyvancemusic).

Speaking about the new Bushmills x Lowden Black Bush Edition Guitar, Foy Vance said: “I have been a fan of Bushmills and Lowden for a long time now and loved working on this unique collaboration. The guitar is a thing of beauty, so it only felt right getting some of my closest friends in music to help me debut it up at The Distillery.” 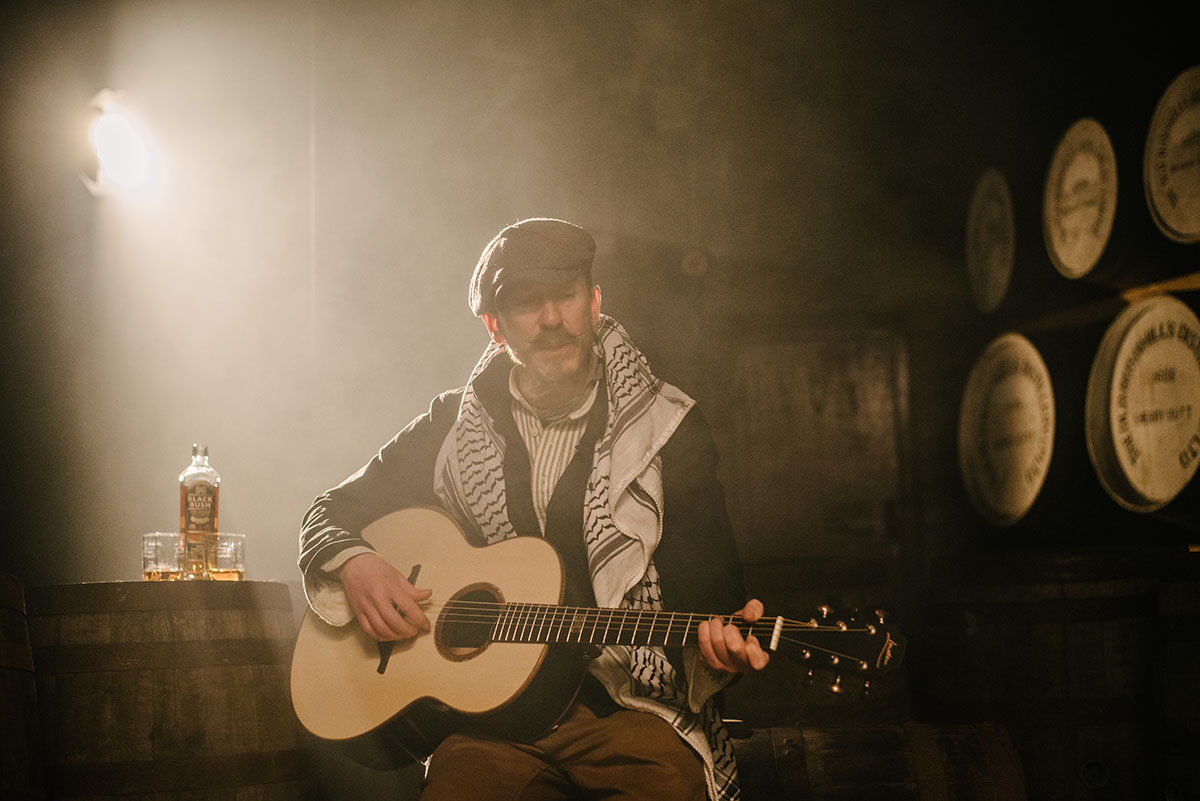 The return of this authentic collaboration combines the quality craftsmanship and unwavering character that’s been at the heart of both Bushmills Irish Whiskey and Lowden Guitars since their creation. At The Old Bushmills Distillery, they have been making triple-distilled Irish whiskey with the same signature smooth taste for over 400 years. Similarly, Lowden Guitars has been pioneering acoustic guitar building techniques for more than 40 years selecting only the very best quality woods to ensure each guitar resonates with a unique sound and tone character that is the same today as it was when luthier George Lowden started hand-crafting guitars in 1974.