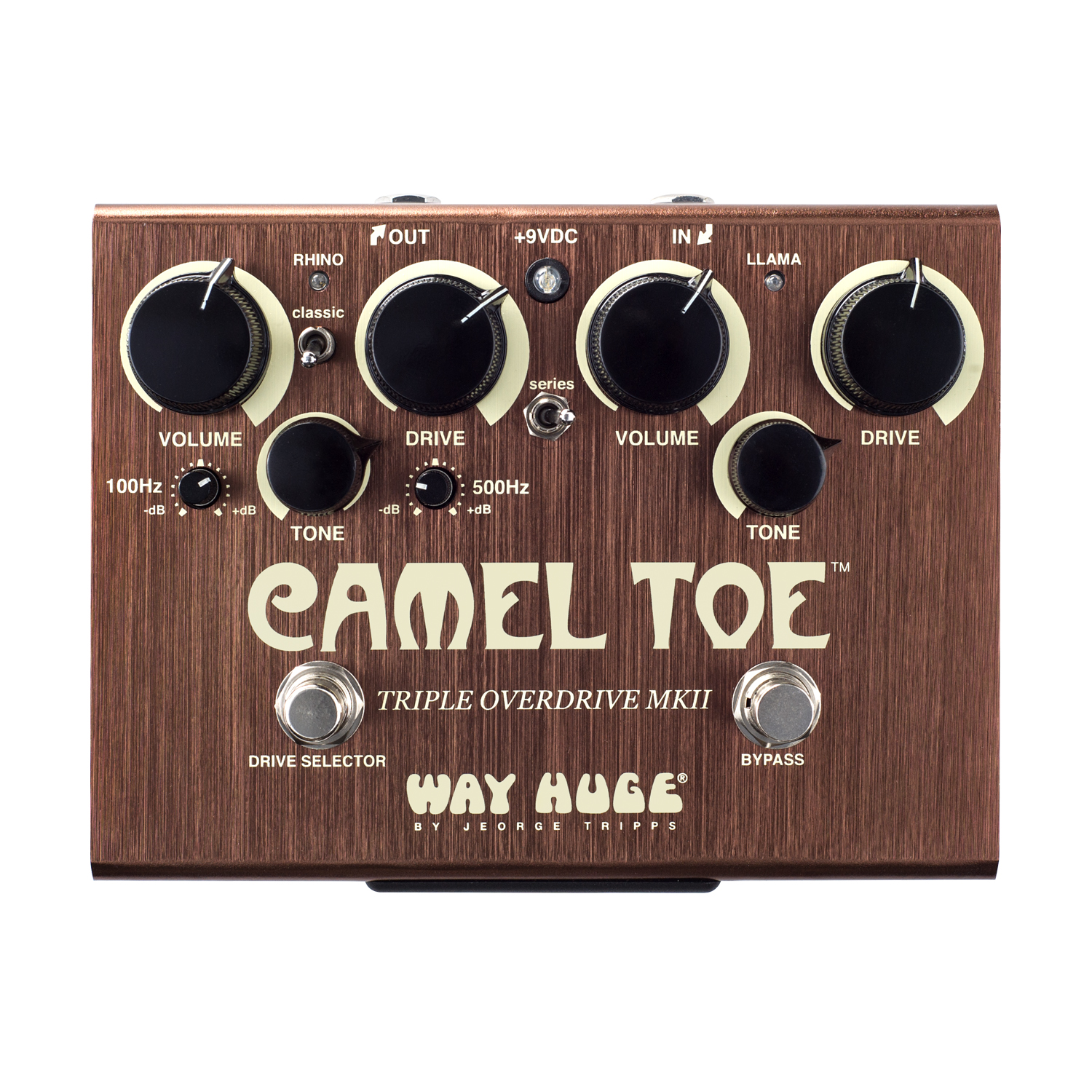 Press Release
Way Huge devotees rejoice! The legendary Camel Toe Triple Overdrive is back to expectorate its wonderfully wild gritty tones all over your guitar signal.

Use the Drive Selector footswitch to toggle between the two circuits, or flip the Series switch for a whole ’nother sound: the Green Rhino OD and the Red Llama OD combined in series.