Tune in to your favourite artists while you self-quarantine. 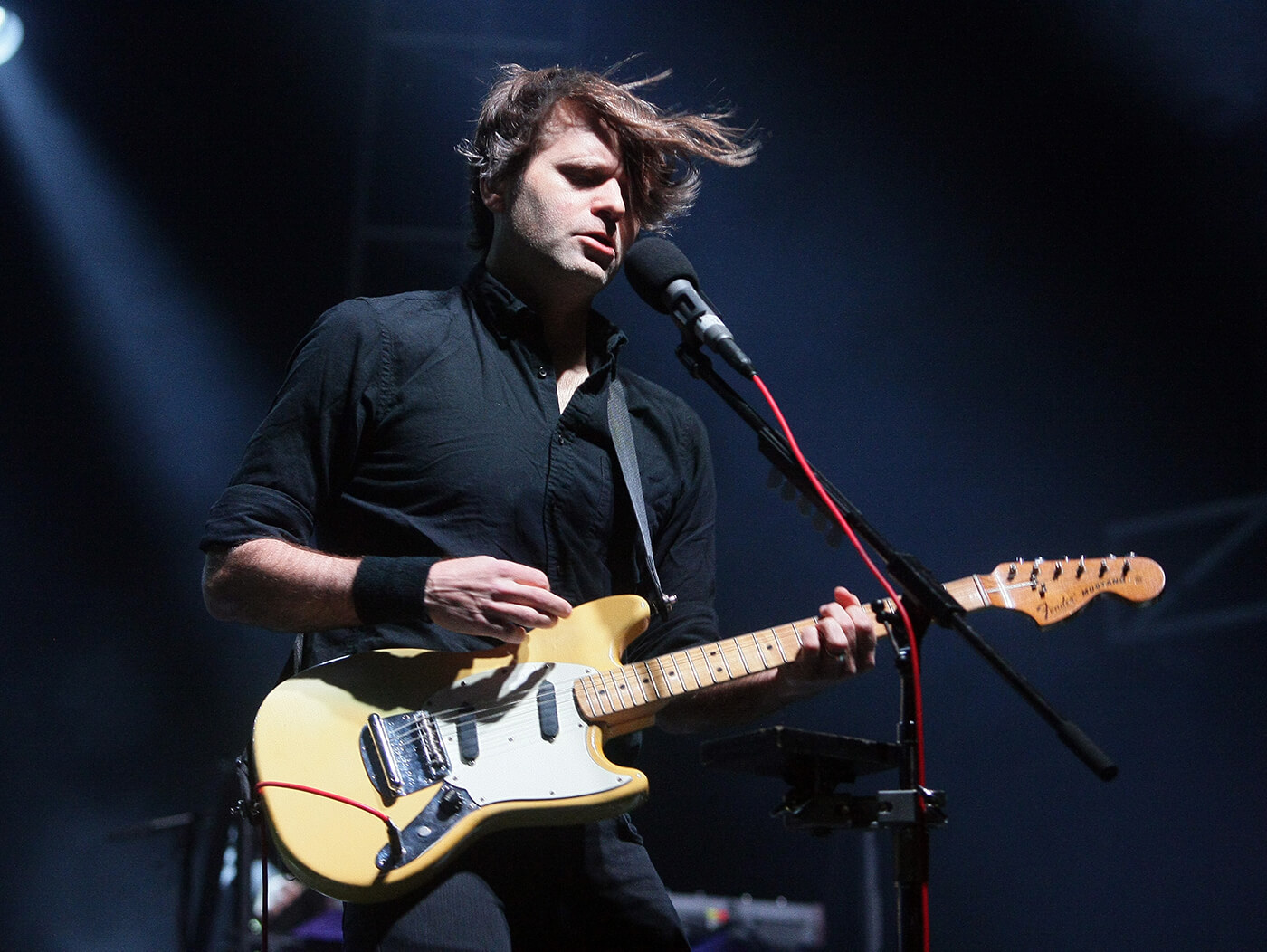 With city lockdowns happening all around the globe due to the COVID-19 pandemic, most gigs, tours and festivals have been cancelled. In a bid to keep the music flowing, artists have taken to live-streaming from the confines of their homes instead.

From casual jam sessions to virtual benefit concerts to guitar lessons, tonnes of content are being put online by musicians on a daily basis. Here, we’ve compiled a list of live streams and concerts put on by our favourite guitarists. We’ll keep this updated as more six-stringers announce their plans, so be sure to check back.

Over Instagram, indie rocker Phoebe Bridgers has hinted at an upcoming apartment show to be live streamed on Pitchfork. No further details on the show have been shared just yet, apart from its date: Friday, 10 April.

One World: Together at Home

Some of rock and pop’s biggest names are coming together for a virtual concert, entitled One World: Together at Home.

This broadcast will kick off on Saturday, 18 April at 8 PM ET / 5 PM PT. Find out more at globalcitizen.org.

The iconic stripped-down concert series MTV Unplugged will keep going through the pandemic, with a series of home-recorded concerts live-streamed on MTV’s official social media accounts. Take a look at the first episode below, featuring a performance from Alessia Cara.

Martin Guitar has announced, fittingly, a series of from-home acoustic sessions. Artists can also use the opportunity to raise money for a chosen charity, or for their touring crew if they have lost out due to the many cancellations continuing to happen.

the Hives have announced that they will be uploading full footage from past concerts to IGTV, semi-regularly. Frontman Per ‘Pelle’ Almqvist announced the initiative on Facebook, revealing that he himself was recovering from what he suspected to be COVID-19. He said that he’s “at the end of week one of what I think is COVID-19 infection” but is “feeling slightly better.” The statement about the shows went on to note that a lot of music fans are stuck at home and “since shows are being postponed or cancelled – like us, you may be missing the live rock show experience.”

Take a look at the first show, a covers-packed performance from 2009, below.

Tom Misch is hosting a series of Quarantine jams on his YouTube. The first two episodes are out now, with the second featuring a relaxed garden performance of a piece called Cranes in the Sky. Take a look below.

The NPR office may be working from home, but that’s not going to stop the Tiny Desk sessions from going ahead. Kicking off a series of from-home sessions with the same general stripped-back vibe as the standard Tiny Desks was Soccer Mommy – take a look below.

Steve Vai is hosting a series of “Alien Guitar Secrets” live streams, where he dives into his varied gear and gives some lessons on his technique. The first hour-and-a-half episode is below, so grab a coffee and a guitar, and get ready to learn some shred tricks.

I'm doing a live Q&A where we discuss guitars, music and you!

Tune into Metallica’s YouTube and Facebook channels every Monday for a stream of an entire concert. And if that’s not enough, the streams will stay up on the YouTube channel – check out the first one below:

A man that needs no introduction, Neil Young jumped on the live stream bandwagon long before others. The first instalment of his Fireside Sessions – filmed by his wife Daryl Hannah – includes deep cuts from Young’s back-catalogue such as Sugar Mountain, Little Wing Love/Art Blues, Tell Me Why, Razor Love and Vampire Blues. Watch it on Neil Young Archives, and stay tuned for more, as the icon says they’ll “try to keep ’em coming.”

Catch this on Neil Young Archives.

Death Cab For Cutie’s Ben Gibbard streamed live concerts from his home studio daily between 20  and 29 March. With the final edition of the daily streams, he announced he would change his schedule to weekly broadcasts instead, beginning this Thursday (2 April). Viewers can also contribute to various charitable foundations during the streams.

Tune into https://t.co/mGtxzmvl3A to see Ben livestream for the next few weeks at 4pm PST daily. pic.twitter.com/Llt2syGHvT

Stream this at found.ee.

Jack White’s Third Man Records has announced a series of daily live-streamed performances from the label’s famed Blue Room in its Nashville headquarters. Check out the Third Man YouTube page at 5pm every day to watch a performance by one of its artists. The series kicked off with famed pedal steel player, Luke Schneider. Check it out here:

Gibson has launched #HomeMadeMusic on its GibsonTV platform, “to immediately support our musicians and their current projects while they are at home,” it said in a statement. It’s set to showcase artist interviews as well as intimate interviews. So far, Gibson has published an episode with Jared James Nichols and Halestorm Check them out here:

Bruce Springsteen, Fountains Of Wayne, and many other artists joined together for the Jersey 4 Jersey benefit live stream, raising money for the New Jersey Pandemic Relief fund, supporting healthcare workers and those who have lost loved ones to the pandemic. Springsteen opened up the show along with his wife, musician Patti Scialfa. Together they performed a version of the song Land of Hope and Dreams. Later in the show, the pair returned to play a cover of Tom Waits’ Jersey Girl. Take a look at both performances below.

Elvis Costello gave an acoustic performance of (What’s So Funny ‘Bout) Peace, Love and Understanding from his Vancouver home, where he’s been self-isolating for two weeks. The performance was in aid of Artists4NHS, a charity raising funds for the UK National Health Service as it combats the pandemic, and was followed by a fan Q&A. Take a look below.

None other than Elton John hosted the iHeartRadio Living Room concert, which featured appearances from some of the biggest names is music. The Foo Fighters’ Dave Grohl and Green Day’s Billie Joe Armstrong were among the performers, as well as names such as Mariah Carey and Billie Eilish. Take a look below:

Courteneers Frontman Liam Fray is hosting a listening party on Instagram, along with a live Q&A at 9 PM GMT on 27 March. Tune it to give their 2008 debut St. Jude a spin once again.

Tune in to @virtualfestival on 26 March at 2am to catch Sienna Ferrell and her unique blend of jingle jangle. A contemporary musician with retro influences, Ferrell’s musical style is rooted in the Great Depression era.

Posted by VirtualFestival on Wednesday, March 18, 2020

Catch this on YouTube/Facebook Live.

Australian rockers Hands Like Houses are going to be live-streaming a full production show on 28 March. It’ll be free, but there will be options to donate – including a merch store – to help the band and their crew through this difficult time.

Catch this on YouTube/Facebook Live

This is a week-long event that’ll feature live streams from over 50 artists, including the likes Arlo McKinley, Blackfoot Gypsies, Jessica Lea Mayfield and more. Tune in to Master Musicians’ Festival’s Facebook page every day from 23 to 29 March, between 7pm and 3am to catch the performances.

Since Swedish musician Jens Lekman can’t take his show on the road, he’s offering personal Skype shows daily, from 23 to 29 March. Armed with an acoustic guitar, Lekman will randomly ring up a fan who’s signed up, play them a single song of his choice, and then move on to the next call. Sign up here.

Hello everyone, I hope you're ok. Since my tour got cancelled and since we're all more or less isolated right now during…

American guitarist Devon Allman will be putting up a trio of shows, live from his home. Allman says all three nights will feature different themes, including a Q&A session where fans can get to know the musician a little better. Gibson and Earthworks will also be giving away gear during these sessions.

PLEASE SHARE! BMG Records recording artist Devon Allman of the Allman Betts Band is going to go "on tour" from his…