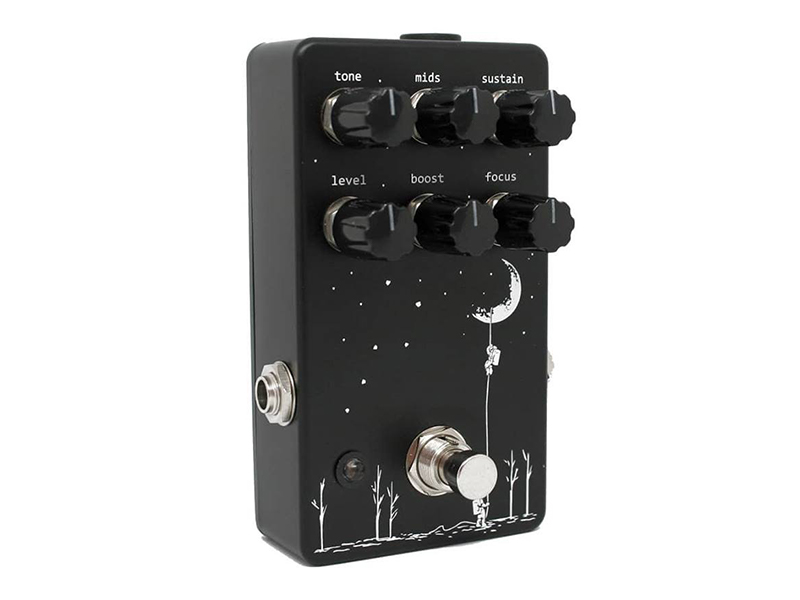 Russian brand D-Sound has announced its new fuzz stompbox, Orion. It’s based off the classic Russian Muff, but has an edge of versatility that suits modern guitarists and bassists well.

The Orion has six knobs, three of which are common to most fuzz pedals: “Level,” “Tone” and “Sustain.” The other three allow you to fine-tune your sound.

Possibly the most important of the trio, the “Mids” knob ensures your guitar will cut right through the mix. This is useful in heavy rock, where you run the risk of being drowned out by an over-enthusiastic drummer or bassist. The “Boost” knob increases the input signal where needed, giving you more sustain and gain to power through searing solos.

Finally, the “Focus” control manipulates the low frequencies to alter the type of distortion or fuzz the pedal produces. Tinker with all three knobs and you’ll see the immense range this stompbox offers—it can go from rich and fat distortion to a Velcro fuzz.

The D-Sound Orion lists for $160. More information at dsoundeffects.com.