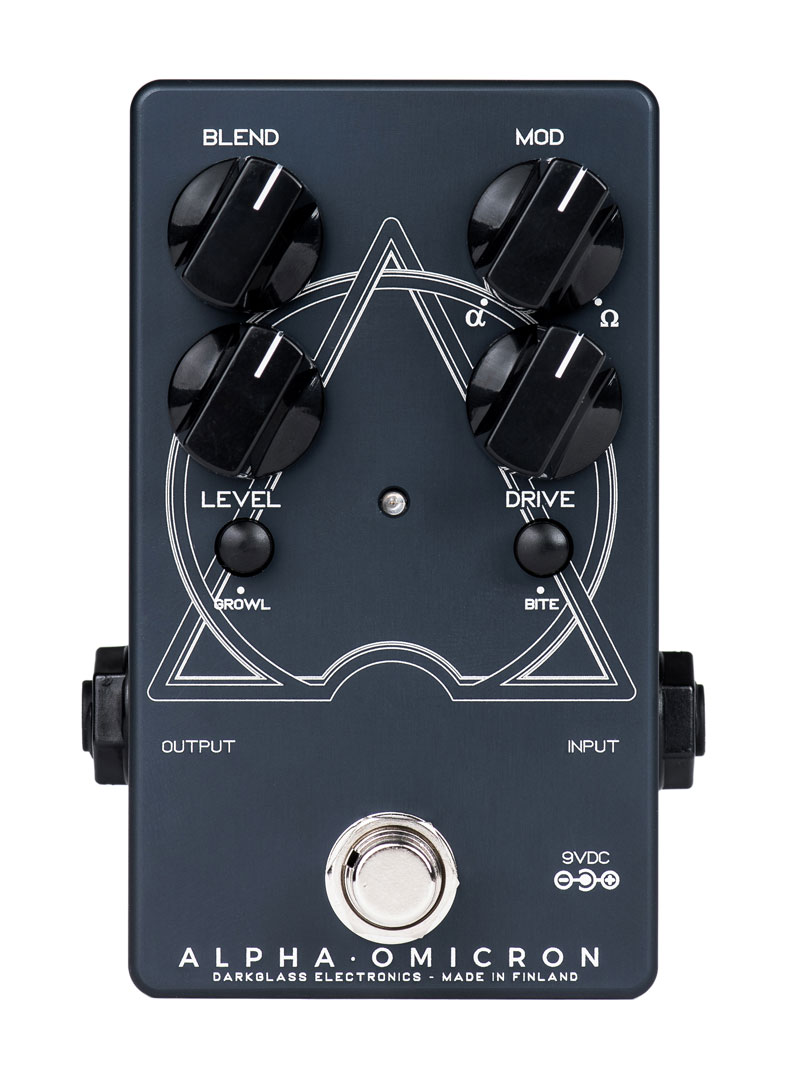 Since the Alpha•Omega pedal was launched at NAMM 2017 and with its distinct design, co-developed with Jon Stockman from Australian rock band Karnivool, the pedal’s unparalleled versatility and shear display of brutality has relentlessly carved a path to becoming a new standard for bass players in need of a pre-amplifier to be apologetically heard in any musical context.

However, even with the Alpha•Omega’s popularity and momentum, Darkglass decided it was time for an uncompromising option for those in search of the same bone-crushing sound and flexibility, but in a smaller, more affordable format.

So with that in mind, Darkglass is proud to introduce an additional pedal to the range – Alpha•Omicron.

Featuring the new double distortion engine (Alpha and Omega), this latest creation from Darkglass Electronics can deliver the same harmonically rich, varied textures that its bigger brother can, but all at a fraction of the size and cost for those who don’t need Alpha•Omega’s built in DI and active EQ sections.

The pedal’s main controls are:

Blend: Mixes the clean and processed signals. The clean signal remains at unity gain while the volume of the overdriven signal is set by the Level knob, allowing for fine mix tuning
Level: Sets the volume of the overdriven signal
Drive: Sets the amount of gain in the overdriven signal
Mod: Selects or mixes between the two distinct distortion circuits: Alpha is punchy, tight with a lot of definition, whereas Omega is simply brutal and raw
Bite Switch: Boosts High Mids (2.8kHz) for additional presence and definition
Growl Switch: Shelving Bass Boost for a fatter tone and increased low end saturation
UK ERP £245