“I’m not gonna let this even scare me”: Dave Mustaine opens up about cancer battle

“All the stuff I’ve gone through in my life has gotten me prepared to face anything.” 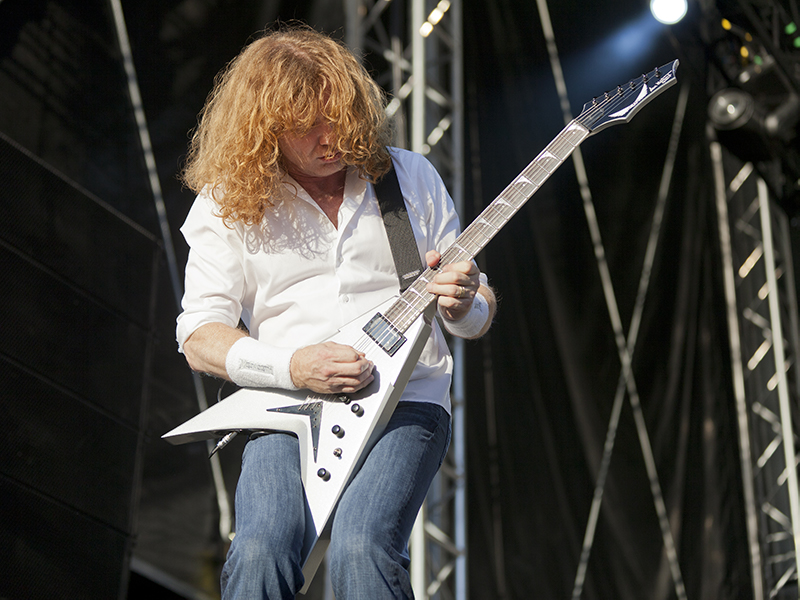 Megadeth frontman Dave Mustaine has broken his silence about his battle with cancer.

Mustaine was diagnosed with cancer in May, which saw Megadeth cancelling all of their 2019 tour dates, including their own MegaCruise event. However, the axeman released a statement in September saying that he was almost done with his final round of treatment.

Describing his time in recovery, Mustaine was adamant about not succumbing to self-pity. “I wasn’t trying to be like, ‘Oh, boohoo.’ The last thing I wanted to do was go in there and be a puss,” he said. “All the stuff I’ve gone through in my life has gotten me prepared to face anything. Even this.”

Despite not receiving an official green light to tour, Mustaine has announced that he will be rejoining Megadeth for their European tour, along with Five Finger Death Punch. He has also been busy going over his upcoming book book with his co-writer Joel Selvin.

“We’re talking about the making of Rust In Peace. So I’m reliving that and listening to the music. So right now, I’m bleeding Rust In Peace,” Mustaine said. “That’s one of the reasons why I can’t wait to get ahold of my guitar because I’m just so excited and so thrilled that I’ve got this adrenaline stuff that’s going on right now like crazy.