The former unleashes fuzz mayhem and the latter’s a pitch-shifting box of wonders. 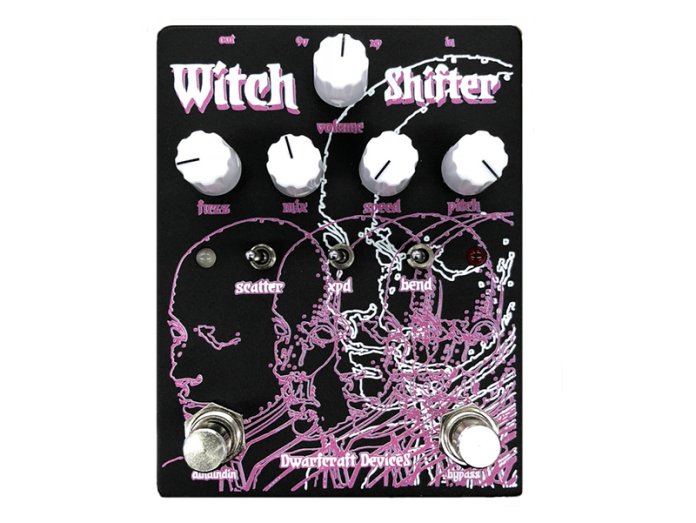 Dwarfcraft Devices is known for building stompboxes capable of conjuring the strangest, most out-of-this-world tones. And two of its newest pedals, which were unveiled at Summer NAMM 2018, are just that. Introducing the Witch Shifter and Reese Lightning.

It’s a pitch-shifter that does so much more. Based on a range from one octave down to one octave up, the Witch Shifter packs in a bunch of features that transforms it into what Dwarfcraft calls a “chaotic pitch modulator,” “confused machine” and, our favorite, a “possessed tape machine.”

Other than the pitch-shifting “Speed” and “Pitch” knobs, the Witch Shifter has an in-built fuzz section and echo mode whose blend, repeats and time you can control. Combine them with two toggle switches, “Bend” and “Scatter,” for even wackier tones. The former creates a ‘dip’ in your notes as they fade out, and the latter randomizes the shifter to bring forth out-of-tune and in-between pitches.

There’s also a “DinDin” footswitch. This freezes the Witch Shifter’s audio buffer, creating glitchy repeats for as long as you hold down the switch. And you can hook up an expression pedal to the stompbox to govern either the “Speed” or “Pitch” pots.

Check it out here: 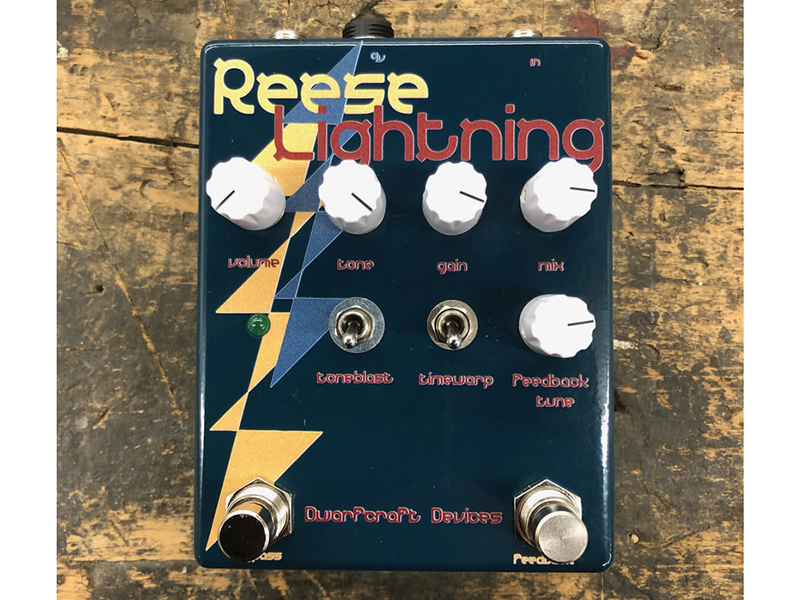 Here’s a fuzz box that takes “subtle” and chucks it down a sludgy, rasping, screeching hole of doom. The Reese Lightning is capable of issuing octave-up tones, Velcro-esque scratches and saggy sputters, all with a healthy dose of sonic artifacts.

“Volume,” “Tone,” “Gain” and “Mix” knobs are fairly self-explanatory, but the “Toneblast” and “Timewarp” switches are where the Reese Lightning stands out from the pack. The former bypasses the “Tone” dial to crank out even more volume and timbral tweaks, while the latter engages an octave-up mode.

Then there’s the pedal’s most brutal features: the “Feedback” knob and footswitch. Hit the footswitch to momentarily let loose sputters that, depending on where you set the tuning knob, sound as though they’ve passed through a filter.

The Witch Shifter for $249 and the Reese Lightning retails for $209. For more info, check out dwarfcraft.com.