The brand celebrates its 50th anniversary with a re-creation of its flagship pedal. 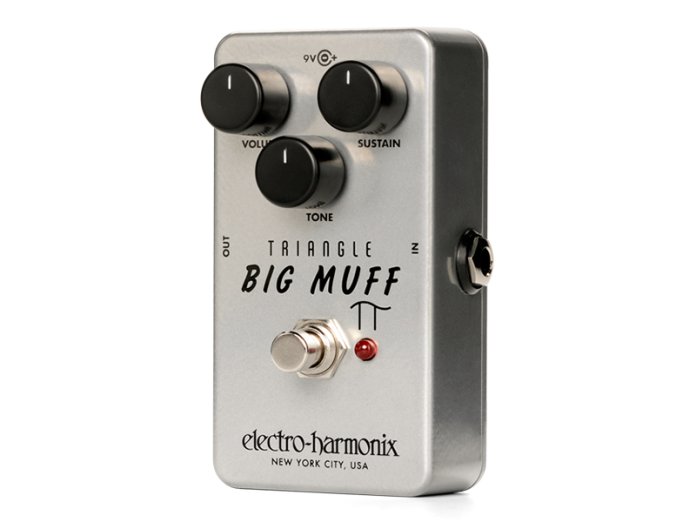 To celebrate its 50th anniversary, Electro-Harmonix has gone back in time to reissue the pedal that propelled the brand to fame all those decades ago: the Triangle Big Muff Pi.

The fuzz box retains the original’s ‘triangle’ knob layout—“Volume,” “Sustain” and “Tone”—but within a sleeker and slimmer enclosure, identical to the one used in last year’s Green Russian Muff reissue. In terms of tone, EHX claims it is a faithful re-creation of the original Big Muff fuzz circuit, circa 1969.

“Original pedals are now selling for hundreds of dollars, and this reissue absolutely nails that creamy, violin-like sustain and musical tone at a price a working musician can afford,” said EHX founder, Mike Matthews.

Other notable features of the reissue: an LED to signal effect status and the option to power up with a nine-volt AC adapter.

With these ‘Version 1’ pedals becoming increasingly tricky to come by, EHX fans won’t want to let this opportunity pass them by.

Check out the brand’s demo here:

Retails for $99. More information at ehx.com.