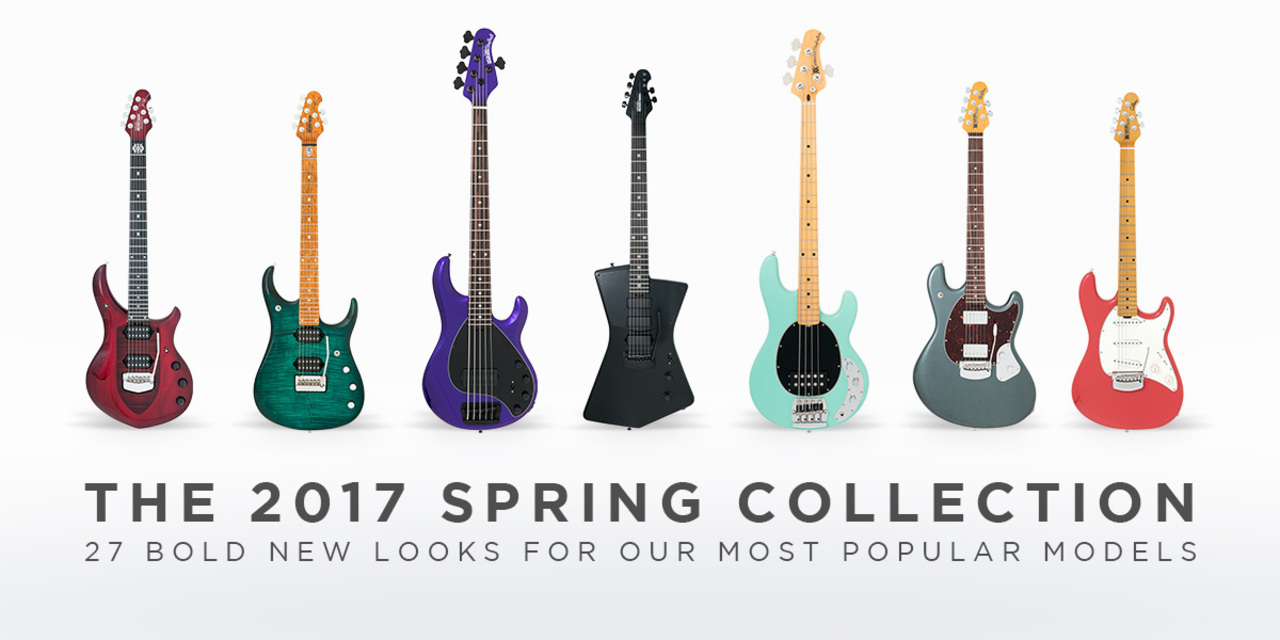 Introducing the Ernie Ball Music Man 2017 Spring Collection
We are proud to introduce 27 bold new looks for our most popular instrument models. Click below to receive updates when we release further information about pricing, pre-sale and street dates, and more.
Get Updates 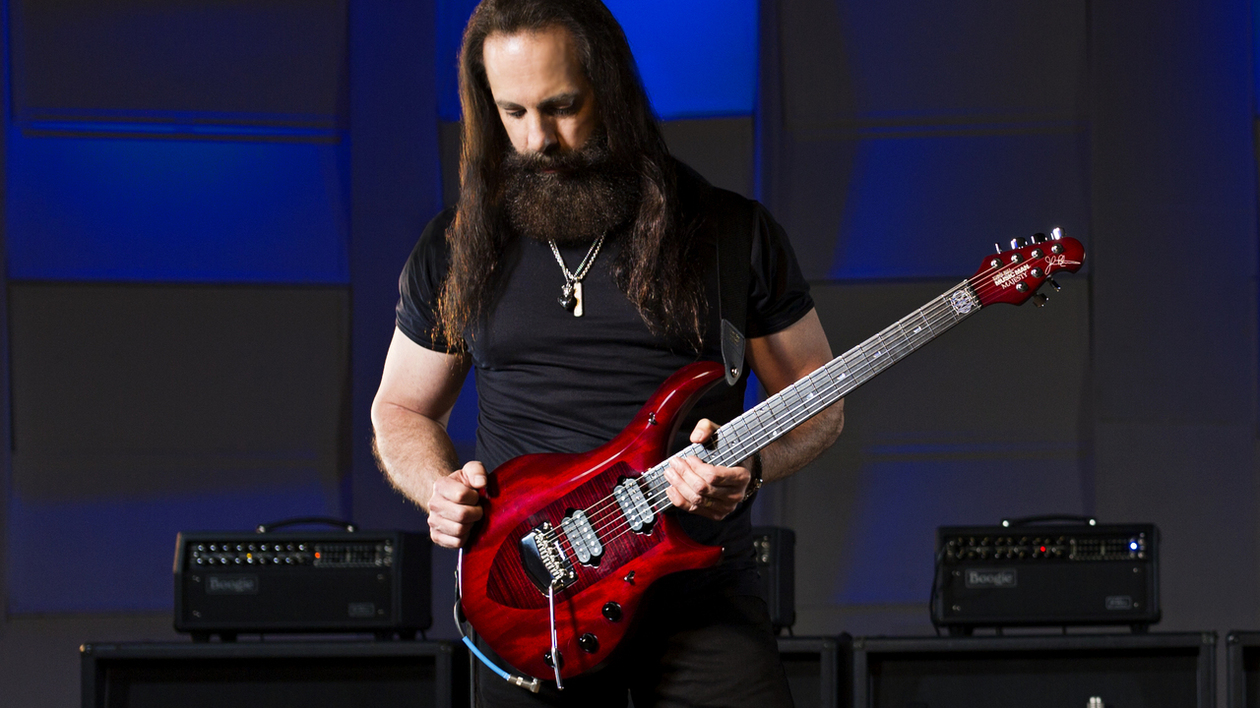 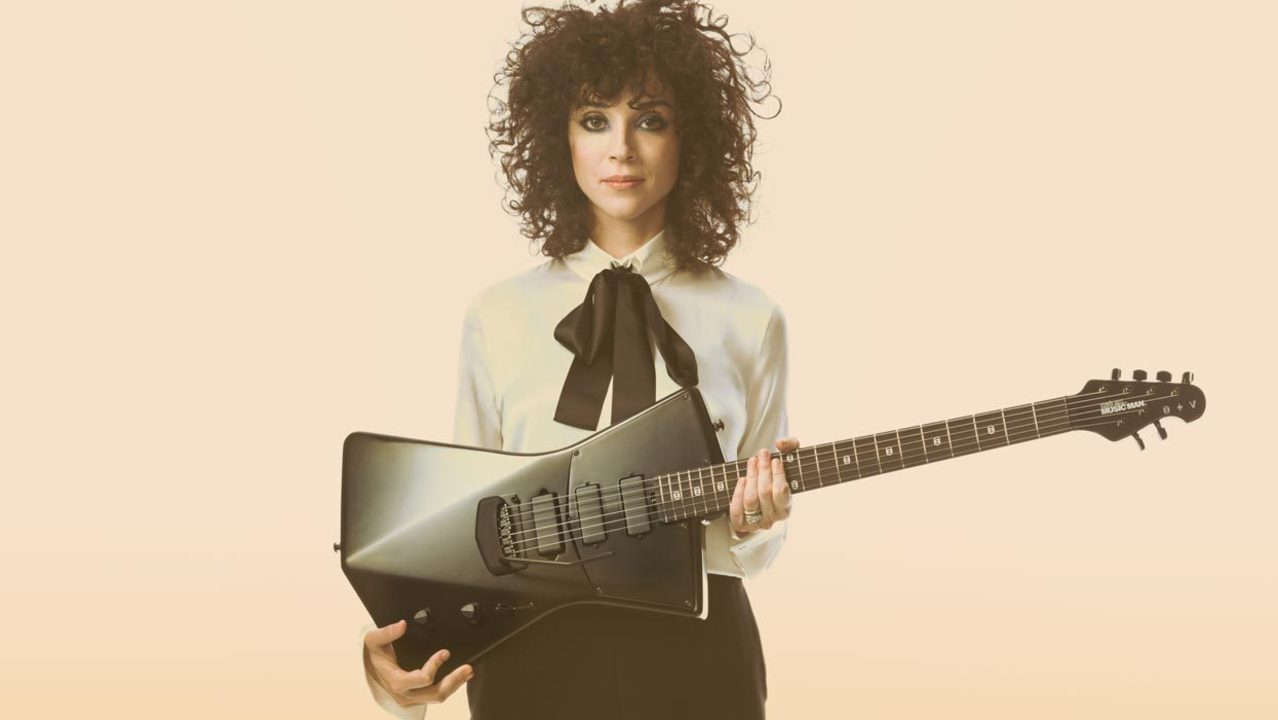 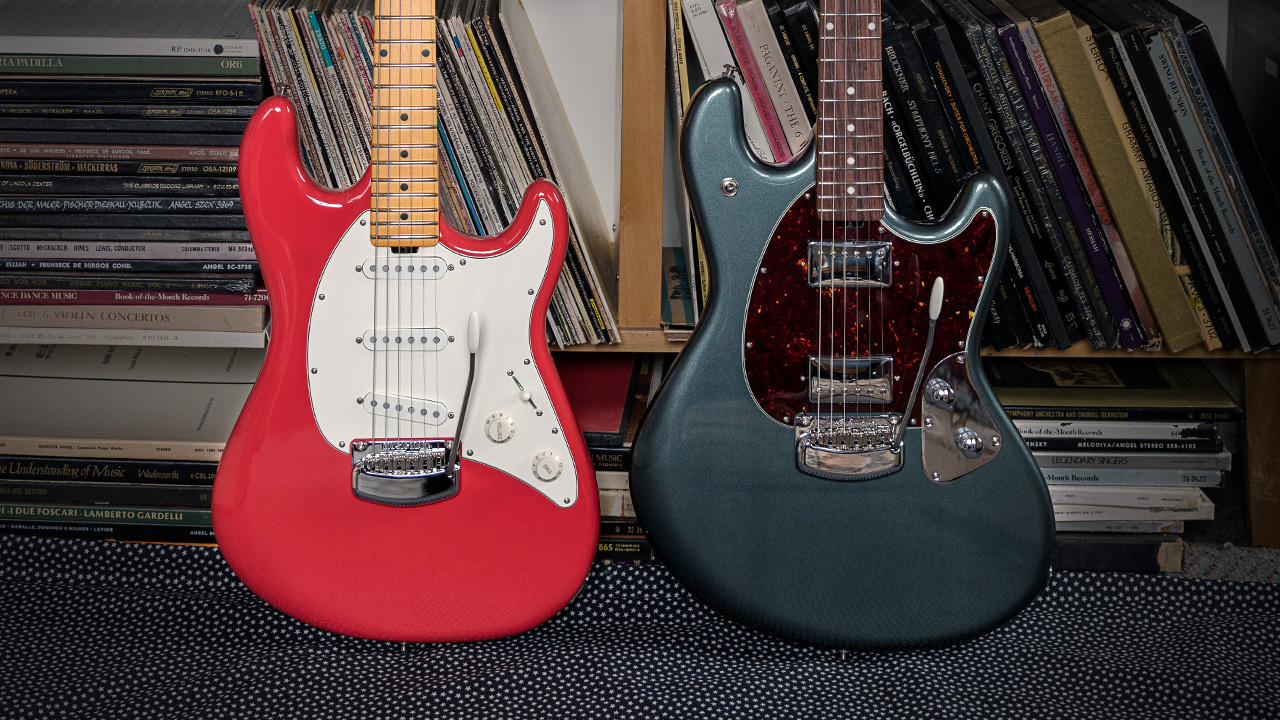 The Modern Classic collection may have been our biggest hit of the past year. To keep the momentum going we’ve decided to offer two new colors for the the StingRay and the Cutlass guitars. Coral Red will be paired with a maple fretboard and parchment pickguard. Charcoal Frost will feature a rosewood fretboard and shell pick guard. 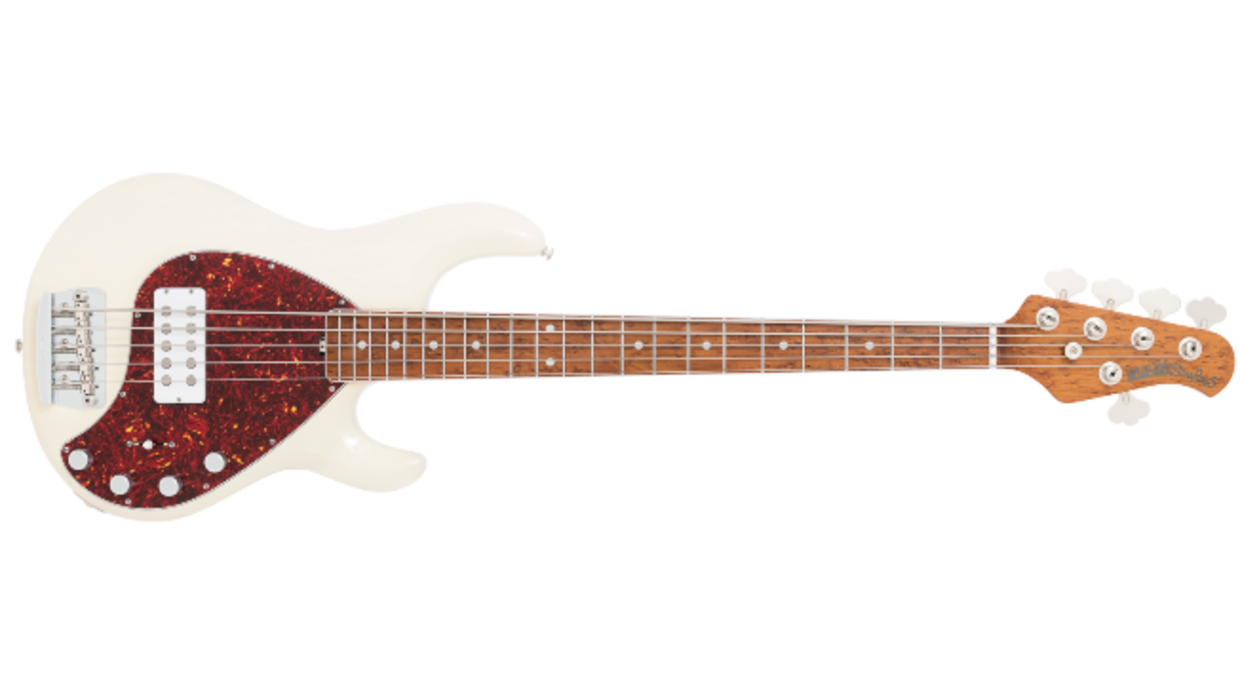 Since its introduction in 1986, the StingRay5 has been embraced as one of the world’s most innovative bass designs. To celebrate, Ernie Ball Music Man is proud to introduce the 30th Anniversary StingRay5. The ash body sports a transparent buttercream finish and each neck features roasted figured maple. Your choice of maple or rosewood fretboard is accented with a white binding, white face dots and stainless steel frets. The preamp and pickup are exclusive to this anniversary model, providing both ample punch and articulation. Each instrument ships with a red tortoise shell pickguard and a certificate of authenticity. 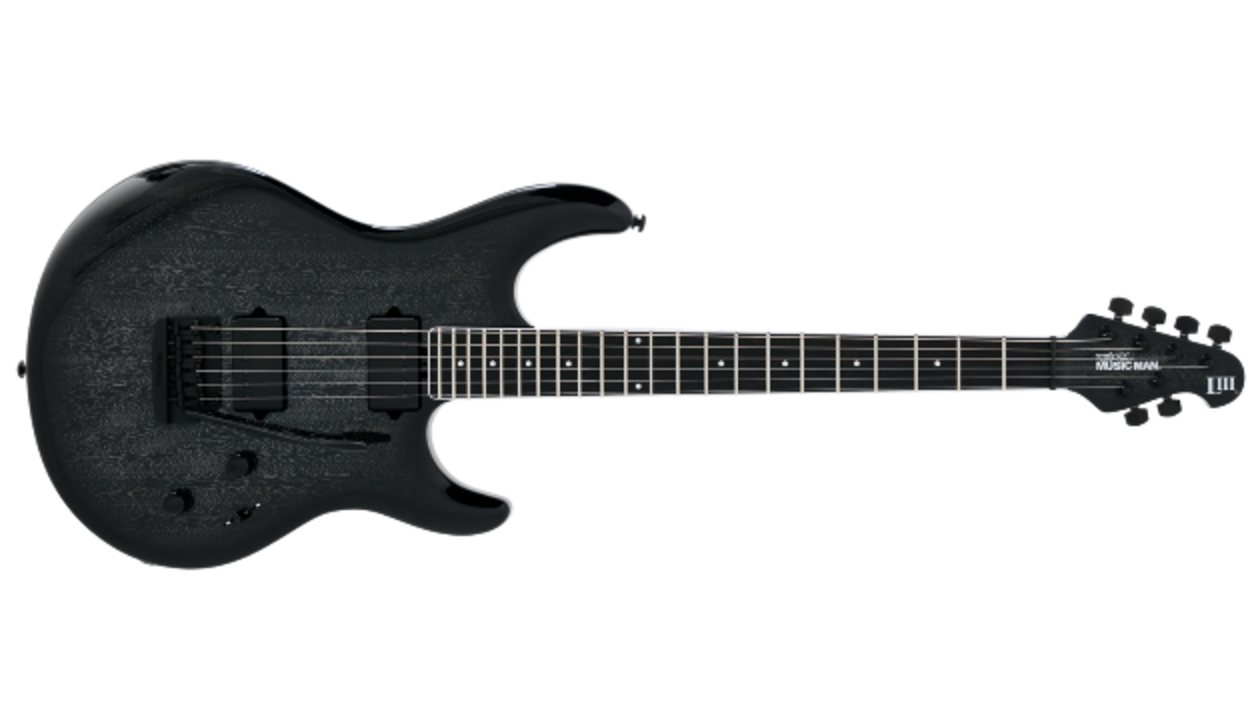 The new Luke III Ball Family Reserve is the next evolution in the design process started with the original Luke model. Addressing Steve’s performance needs as a touring guitarist has been critical in the development of this new edition. The added mahogany tone block, on-board 20db boost, beautifully figured A++ maple top and roasted birdseye maple neck have refined this new signature edition into an instrument of superior tone and versatility. Available in new Tumescent finish, and is signed by Steve Lukather himself. Limited to 300 instruments worldwide. 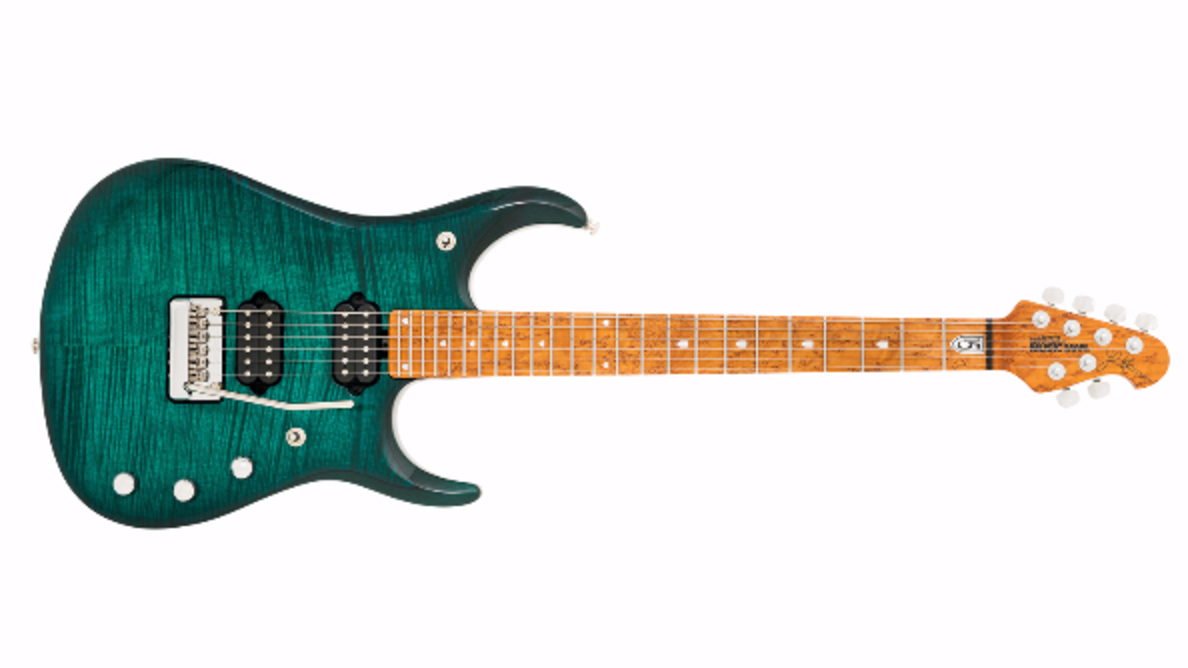 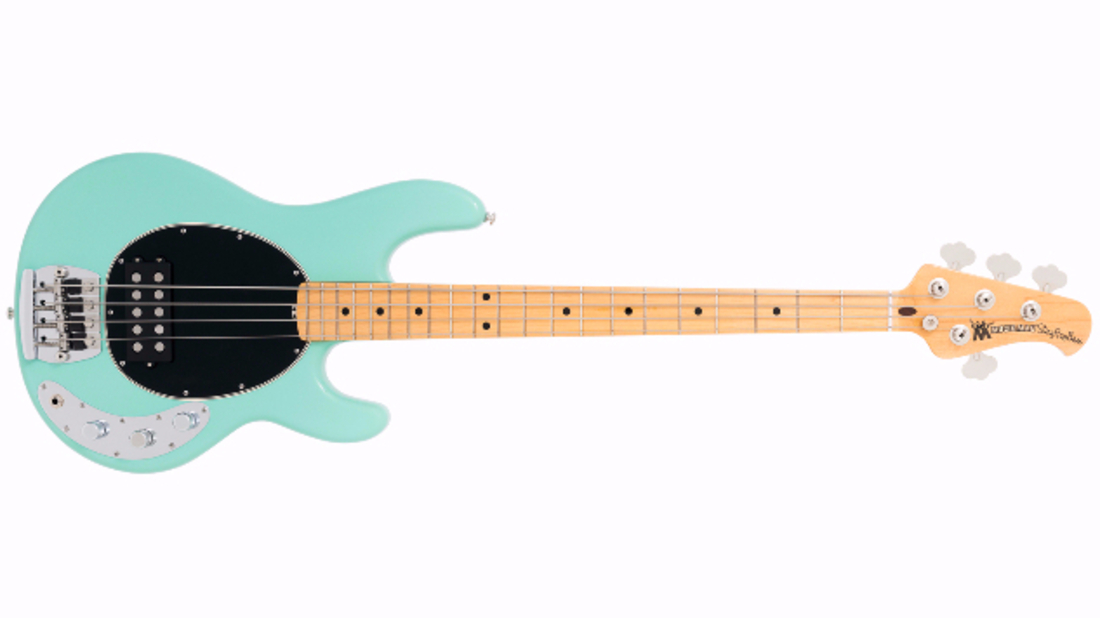 2016 marked the 40th Anniversary of the StingRay. To commemorate that milestone, we decided to offer a production version of “Old Smoothie” – a prototype StingRay given to Sterling Ball by Leo Fender. There was such a positive response to this bass that we decided to continue offering it in 2017 as the “Old Smoothie” StingRay. The bass retains the defining features of the 40th Anniversary, including 10 pole piece pickup, redesigned preamp that models the tone of an aged preamp and flat top dome knobs. The Old Smoothie StingRay will be available in 2 new colors, Butterscotch and Mint Green. 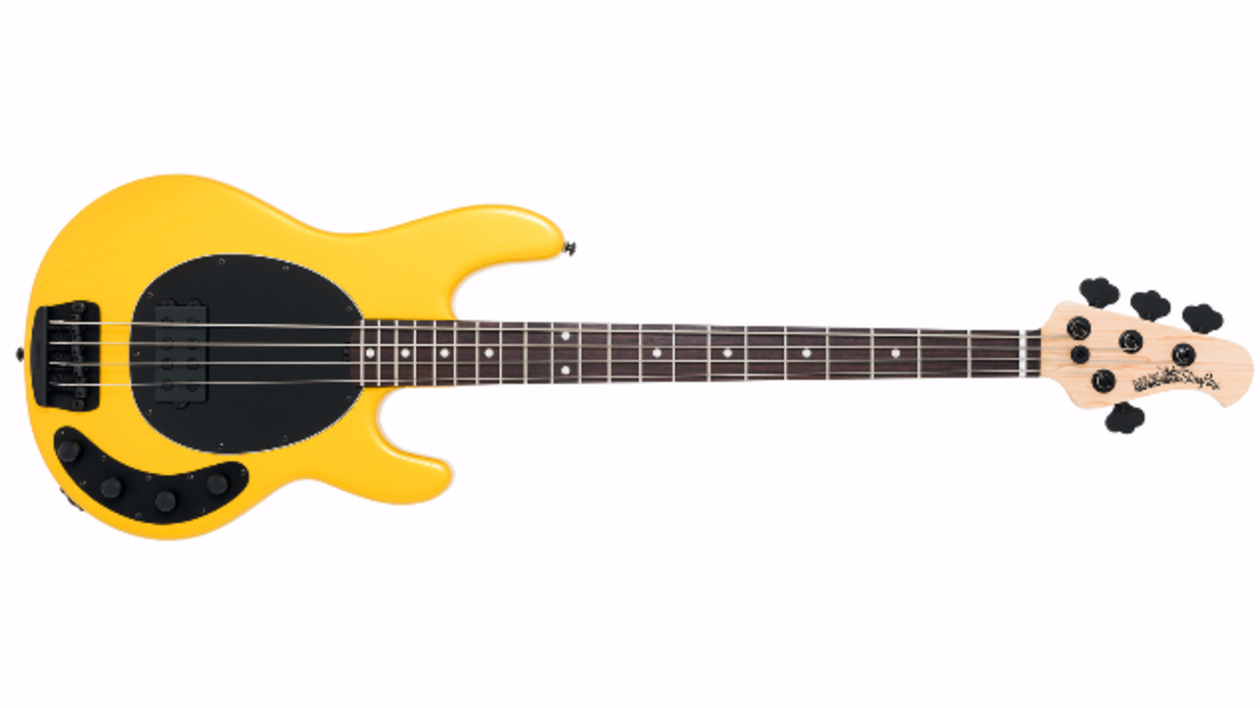 First introduced in 1976, the StingRay has been revered as one of the most iconic bass guitars in history. The StingRay was the first production four string bass to feature on-board active equalization. The flagship of the Music Man line, today’s StingRay is the same as it was some forty years ago featuring a solid roadworthy construction, massive hardened steel bridge, elegant oval pickguard, 3+1 tuning key configuration, and the ever popular Music Man humbucker. All of which combined produce a look, feel and sound that are remarkably unmistakable. Available in Firemist Gold and Firemist Purple with black hardware, and reissued Powder Blue finishes. 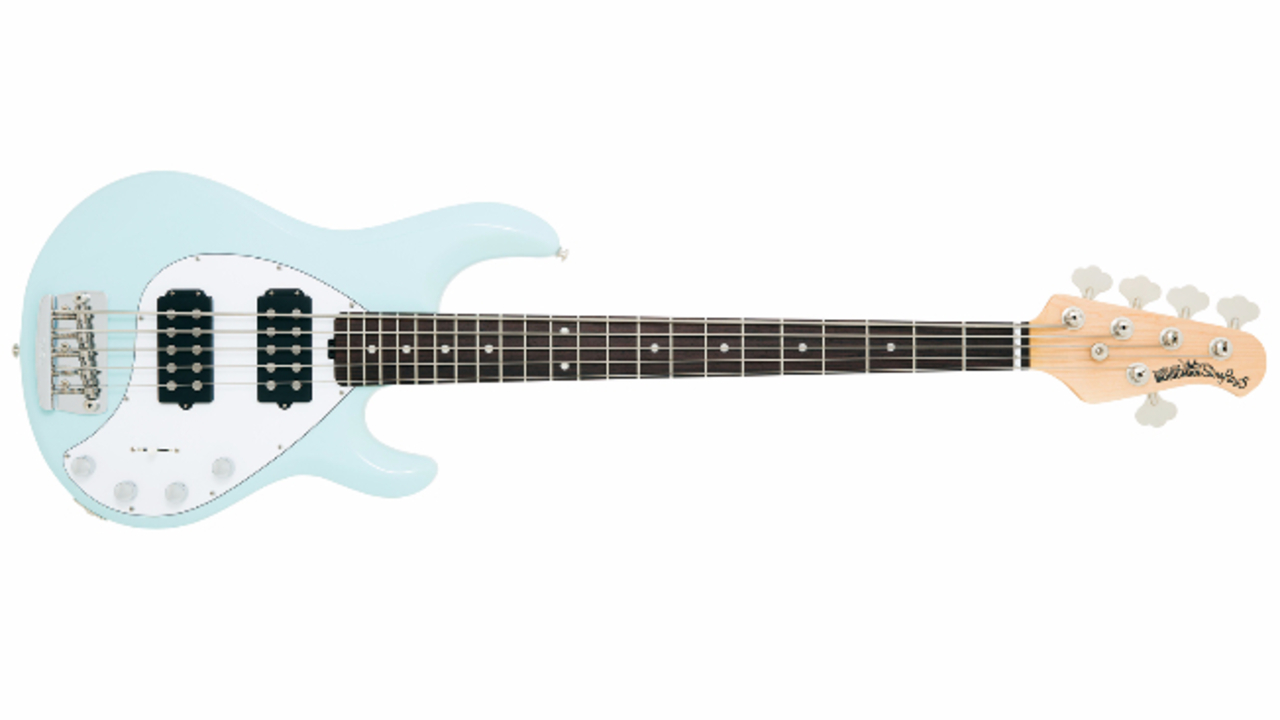 The first bass designed by Ernie Ball Music Man, the Stingray 5 was unveiled in 1987 and has been an industry standard for extended range basses ever since. With its powerful punchy sound, the added flexibility of additional pickups and a comfortably contoured body the StingRay5 satisfies even the most demanding of players. Available in Firemist Purple and Firemist Gold with black hardware, and reissued Powder Blue finishes.

The Bongo represents everything a modern bass should be: well balanced, comfortable, resonant and expressive with effortless playability. The double cutaway basswood body design is of superior construction and along with a 24 fret finished neck offers unimpeded access for high register two octive fretwork. Available in single-humbucking, double-humbucking and humbucking-single configurations. The Bongo, along with its 4-band EQ, neodymium pickups and 18V active preamp, deliver a powerful combination of unparalleled tonal diversity. Available in Firemist Gold and Firemist Purple finishes with black hardware.