We came, we saw, we conquered. 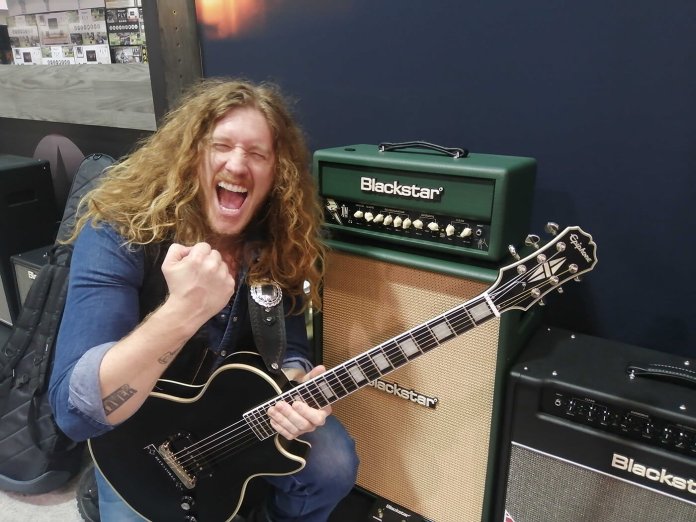 NAMM 2020: Our feet are killing us and our ears may never be the same, but we’ve made it to the last day of NAMM 2020. It’s been a crazy ride filled with tonnes of great new gear demos punctuated by stellar – and oftentimes surprising – artist performances. Here are our top moments from today, including an unexpected Paul Gilbert and Steve Morse performance:

Six-string icons Paul Gilbert and Steve Morse took to the stage at Ernie Ball’s booth today to show us just why they’re among the best in the world at what they do. Check out their crazy cover of Led Zep‘s Black Dog here.

Orange Amplification launched the Terror Stamp, which combines the best of the Micro Terror and Micro Dark amps in one pocket-sized powerhouse. It’s a hybrid valve/solid-state 20-watt class A/B amplifier with plenty of British snarl.

Heritage’s Artisan Aged collection has brought forth some of the most gorgeous aged guitars we’ve ever laid eyes on. When we swung by Heritage’s booth earlier today, master builder Pete Farmer was kind enough to give us the inside scoop on the brand’s ageing technique.

Keeley’s latest creation is a must-have for ambient effect fans. The Eccos pairs vintage delay with a fully featured loop station for hours of ambient experimentation. Listen to it above.

Ever the showman, Jared James Nichols was thrilled to demo his signature Blackstar amp, the JJN-20RH MkII, released last year.

Over at Lowden’s booth, Hawaiian guitarist Stephen Inglis walked us through two wonderful new guitars from the Northern Irish brand. The first is a Wee Lowden with a driftwood red cedar top and walnut back and sides, and the second is an F35 with a sinker redwood top and Cameroon ebony back and sides.

New from Israeli guitarmakers Macmull is the gorgeous, high-end Heartbreaker NEO. Available in three pickup configurations – single-coils, P-90s and humbuckers – this T-style guitar is a real stunner. Listen to it above.

One of our favourite moments today was hanging out with Chapman Guitars head honcho, Rob Chapman as he took us through some new guitars. These include new baritone models as well as new Rob Scallon and Rabea Massaad signatures.

Wrapping up our Day Four highlight reel is an insane jam at Boss’ booth, featuring the all-new SY-1000. Words do not do it justice.