Gibson will be auctioning off special Les Paul guitars that Paul McCartney, Slash and more have performed with to raise money for those affected by the war in Ukraine. READ MORE: Roger Waters tells Ukraine to “stop the slaughter”, criticises Western military support of Ukrainian forces Featuring the blue and gold colours of the Ukrainian flag, […] 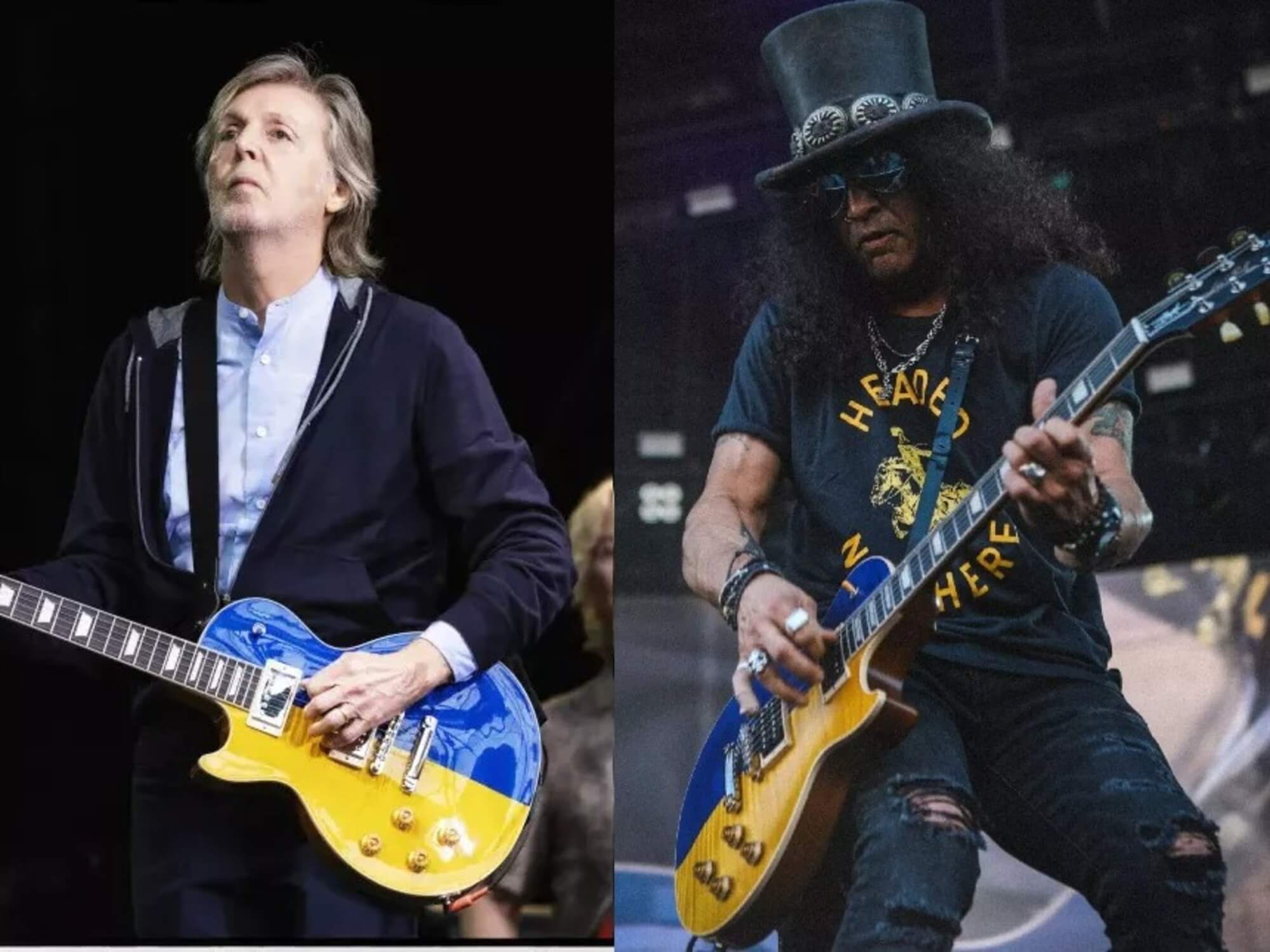 Gibson will be auctioning off special Les Paul guitars that Paul McCartney, Slash and more have performed with to raise money for those affected by the war in Ukraine.

Featuring the blue and gold colours of the Ukrainian flag, these four Les Paul customs have been used onstage over the summer by McCartney, Slash, and Fher Olvera of Maná, and are now set to go under the hammer later this year.

Also up for auction are the autograph books that have travelled alongside the guitars. According to Gibson, those books have been signed by McCartney, The Rolling Stones, Slash, Olvera, Nile Rodgers, Mark Knopfler, Lzzy Hale, Margo Price, Alex Lifeson, Blossoms, The Fratellis, Kasabian, Madness, Maisie Peters, Paloma Faith, The Charlatans, The Vaccines, Toyah, My Chemical Romance, and actor Jason Momoa.

Starting on 11 October, bidding for the items will open via Julien’s Auctions. A live auction will also be held both online and in-person at the New York Hard Rock Cafe from 11 to 13 November.

All proceeds from the auction will be directed to humanitarian needs for the people of Ukraine, as well as to rebuilding efforts once the conflict ends.

“I’m happy to auction this beautiful guitar of mine to benefit the fine people of Ukraine,” McCartney said in a statement. “Hopefully it will help them through this aggressive Russian invasion.”

“It is an honour to represent the brave sovereign state of Ukraine,” Slash added. “I’m proud to support them during this conflict.”

“Once again, Gibson Gives rises to the occasion!” said Alex Lifeson of Rush. “I’m proud to count myself in as a supporter of the Guitars For Peace initiative in aid of the people of Ukraine.”

Apart from the guitar auction, Gibson has also launched the Guitars For Peace T-shirt to raise funds for the people in Ukraine. A portion of the proceeds will also go towards reestablishing music programs in Ukraine after the war ends.

You can purchase a Guitars For Peace T-shirt at Bonfire.com.