North East Guitar Show 2020 delayed until June due to coronavirus

The annual show, due to take place on March 15, has been postponed until June due to the Covid-19 pandemic 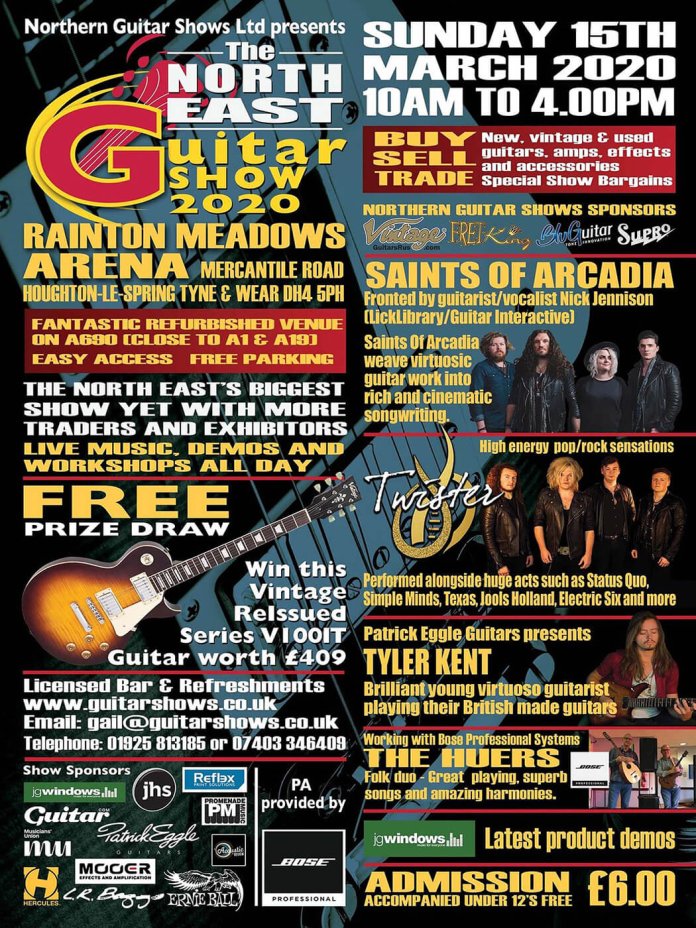 Northern Guitar Shows’ North East Guitar Show has been postponed until 14 June 2020 due to the coronavirus outbreak.

The show initially said it would go ahead this Sunday, but after the announcement of the football season suspension alongside numerous exhibitors under enforced travel bans, the organisers chose to delay the event in order to safeguard both exhibitors and punters alike.

In a statement via its website, Northern Guitar Shows announced the following: “There have been several developments today, Friday 13 March, which have caused us to reconsider the North East Guitar Show this Sunday. In the light of these developments, the event on Sunday is cancelled and will be re-scheduled to Sunday 14 June.

The factors which have led to this decision are:

1. We have had several cancellations today, including our main sponsor, JHS and other industry stalwarts who have had staff travel bans or taken the decision not to put their staff at risk. Other reasons have been underlying health issues for some of our exhibitors which should not be compromised.

2. We have also heard that the football season has been suspended until April which is a major decision they have made even though government advice was that such a move should not be necessary yet.

3. We do not want to put people at risk of illness as a result of attending one of our events.

4. We always want to run great events and with the cancellations by exhibitors and the likely reduction in the numbers of visitors attending we feel this would not be a successful event for exhibitors or attendees.

We are sorry for any disappointment. We are absolutely dismayed that our three months work will count for nothing but the health and safety of our clients and visitors is more important.”