It’s the second time the event has been moved to the virtual realm. 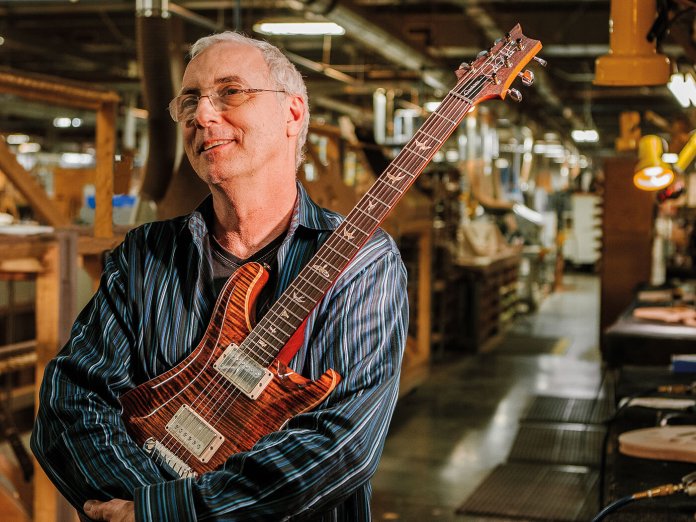 PRS Guitars has announced for the second year in a row its Experience PRS event will be hosted virtually. It will now take place on 8 July, kicking off at 7 PM EST on the PRS YouTube Channel.

Experience PRS will feature some elements that will be familiar to those who attended last year, namely artist clinics, tours of PRS’ factory floor and video messages from Paul Reed Smith and PRS employees Although its a virtual event, interactivity will still be on the cards as the YouTube stream will be taking place live and staffed with PRS representatives answering fan questions.

Paul Reed Smith said of the announcement: “Our Experience PRS events are a way to open our doors, throw a great party, and say a big thank you to everyone for their support in believing in our products and craftsmanship. While we’ll miss seeing everyone in person, this will be a great event.”

While the event is premiering live on 8 July, PRS notes that the stream won’t be deleted. Fans instead will be able to watch the whole event whenever they want.

Notably, the event has been announced to take place not long before the release of John Mayer’s latest record Sob Rock. Maybe a coincidence, but Sob Rock’s cover and promotional art does feature a new hot pink-finished PRS Silver Sky. Whether that’ll be officially launched at this event, we’ll have to wait and see.

You’ll be able to stay up to date with the event at experience.prsguitars.com.

The cancellation of the in-person event for Experience PRS 2020 came at a particularly inopportune moment, as the brand was celebrating its 35th anniversary that year. It was still able to launch a high-end celebratory guitar intended to be unveiled at the event, the Experience PRS 2020 Modern Eagle V. The ultra-premium electric had a mahogany and maple body construction, as well as numerous switching options for its HSH pickups and intensely figured wood visible through two transparent finishes: Charcoal and River Blue.