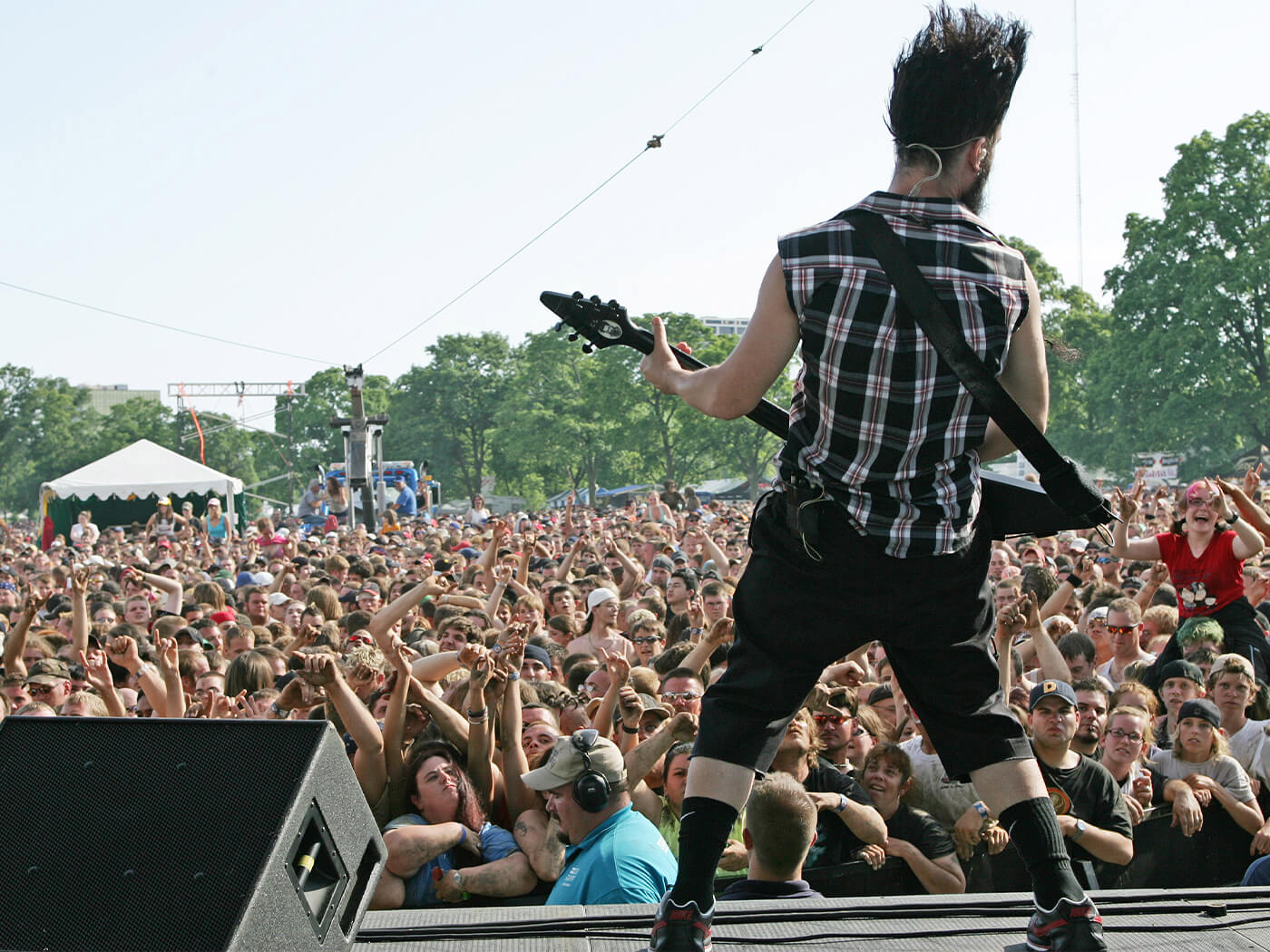 In defiance of safety guidelines laid out by health experts in regards to COVID-19, a three-day, in-person music festival is set to take place – rain or shine, coronavirus pandemic or not – in Ringle, Wisconsin from 16-18 July.

The three-day mini-festival, presented by WCCN Radio and the Q&Z Expo Center is being dubbed… 3-Day Mini Fest. However, that wasn’t always the name it went by – as it was originally known as the ‘Herd Immunity Fest’, and was referred to as such by several of the bands in its lineup.

The Q&Z Expo Center made a Facebook post to confirm the name change, writing: “The festival is also not called ‘Herd Immunity’, and the name [is] no longer tied to any of our social media or promotion.”

It added, as only 20 percent of the outdoor venue’s capacity would be used, “anyone has the choice and ability to social distance” if they choose to.

For the record the venues land can accommodate up to a 10,000 occupancy. This is an OUTDOOR EVENT for 3 Days. We are…

Static-X, Dope, Flaw, Bobaflex, Blacktop Mojo, Royal Bliss, as well as Adelitas Way are seven of the 15 bands set to perform at the festival, amongst several other cover and tribute bands.

The band Nonpoint, who were replaced by Adelitas Way, revealed in a Twitter exchange with Powerman 5000’s Spider One, that the reason they chose to drop out from the festival was due to the way it was being promoted.

“A bunch of bands that I consider peers and some friends are partaking in a show called ‘herd immunity fest’,” Spider One tweeted, “Which by that title is basically saying to their fans, come see us and we hope you get sick. What the actual fuck?”

Nonpoint responded by writing, “Hey brother. Nonpoint is not playing because of the way the festival is named. We have dropped off.”

Hey brother. Nonpoint is not playing because of the way the festival is named. We have dropped off.

“As humans we need other human contact. Music in itself is great, but the live streams as I am sure you all know is just not the same. We need live, feel it to the bones, run shivers up your spine music with people around us. Let’s make it a fun, safe weekend, and let’s be kind to each other. Spread the word by sharing the event and invite your friends.”

If the event does go through, it will likely be the first festival held since COVID-19 reached pandemic level.