It was the first Stratocaster to feature in the Beatles' music.

The guitar is the work of master builder Paul Waller, who studied the original instrument close up in order to ensure accuracy. Its body, pickups, wiring and the rare, asymmetrical C neck shape of this Strat is as identical to the actual guitar as possible – even Harrison’s DIY psychedelic paint job and the “Grimwoods” decal are re-created.

The Rocky Strat was bought for the Quiet Beatle by the band’s roadie, Mal Evans, in early 1965. It first appeared on Help! – it, interestingly, was the first Stratocaster to feature in the band’s music – in its original Sonic Blue finish. Later on, it also starred in the Sgt Pepper sessions, the iconic 1967 telecast of All You Need Is Love and the I Am The Walrus segment of the Magical Mystery Tour film. 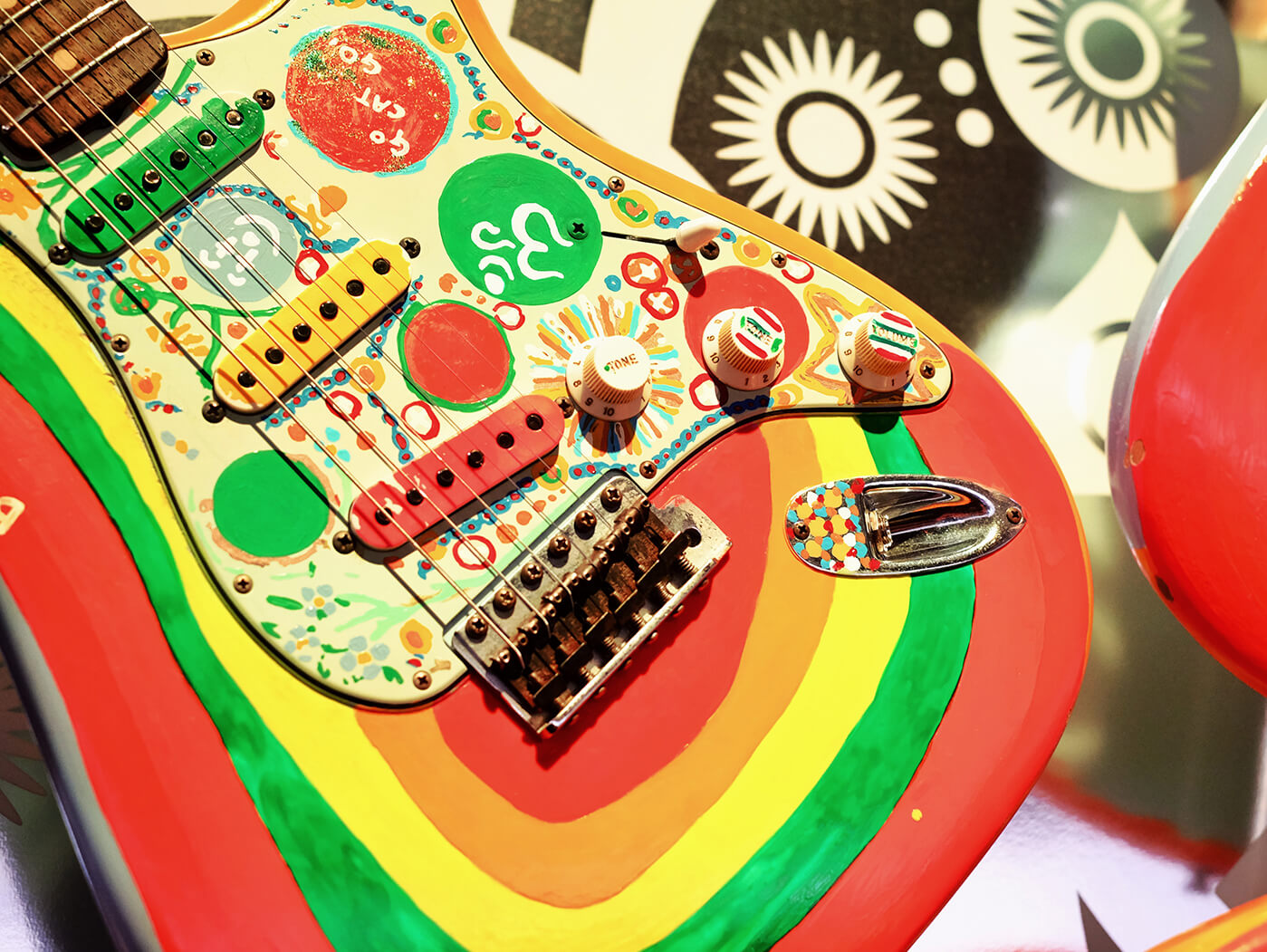 The guitar was a favourite of Harrison’s, and he dressed it with several painted words and phrases: “Bebopalula” on the upper body, “Go Cat Go” on the pickguard and its nickname, “Rocky”, on the headstock.

The Rocky is one of three signature models that the Fender Custom Shop presented at NAMM 2020. The others are the Eric Johnson Virginia Strat and the Jimmy Page Signature Telecaster. They accompany the American Acoustasonic Stratocaster as Fender’s highlights at the show – more photos and details of all of the brand’s new offerings to come!

Electro-Harmonix uploads the Mainframe, a bitcrusher and sample-rate reducer