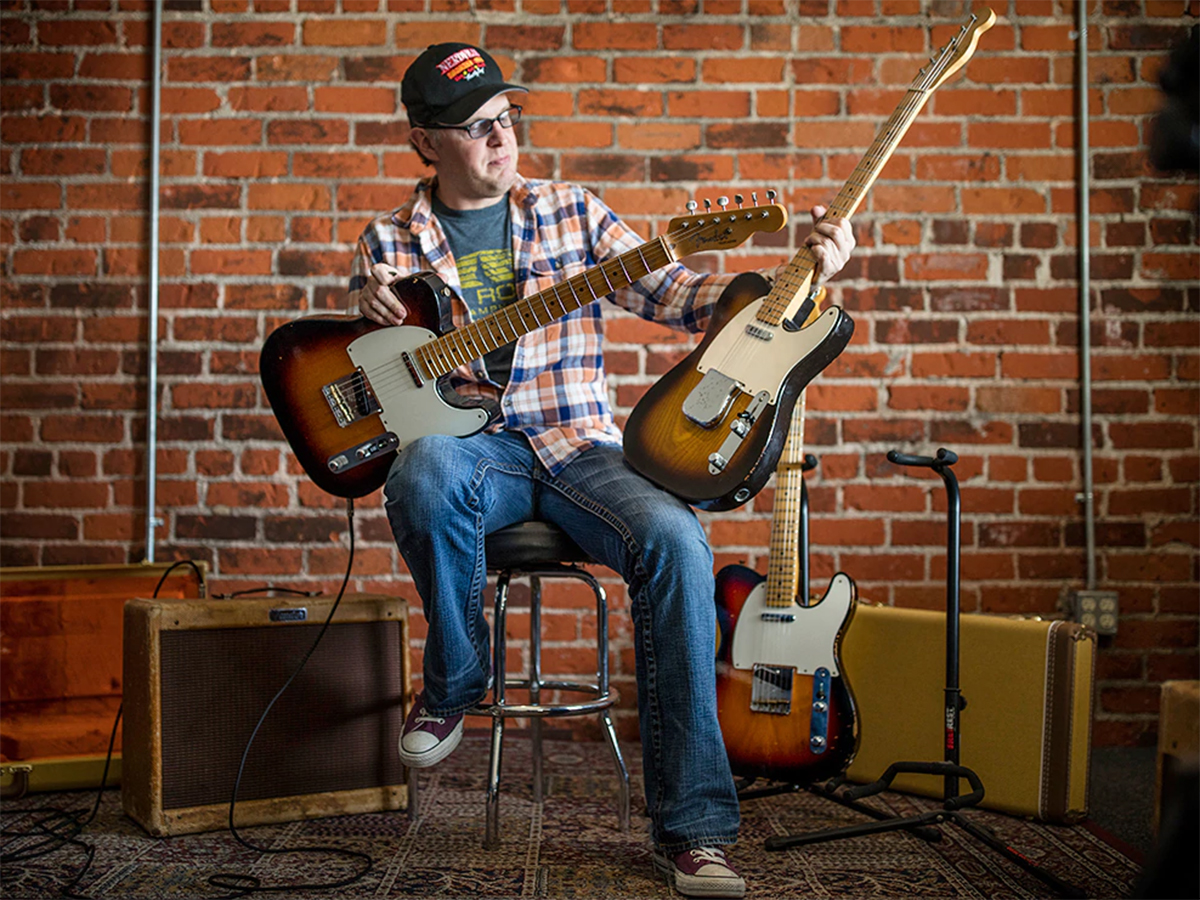 This one’s for the collectors. Fender Custom Shop, Guitar Center and Joe Bonamassa have joined forces to release two Teles inspired by the bluesman’s own rare 1955 Fender Telecaster, which he picked up from the retail giant. As you’d expect, these replicas come in very limited quantities—and they’re certainly not cheap.

You do get what you pay for, though.

The Vintage Collector Series 1955 Relic Telecaster is built by Fender’s masterbuilder, Yuriy Shishkov, and is as period-accurate as they come. Like Bonamassa’s ’55 Tele, this one has an ash body, soft “V”-shaped maple neck with a 7.25-inch fretboard, and 21 vintage frets, among other time-honored specs. It’s powered by a ’55 Tele single-coil at the neck and a ’51 Nocaster single-coil at the bridge. Both hand-wound, naturally. And there are only 15—fifteen!—models built.

While not built by Shishkov, the Vintage Collector Series Special Mod 1955 Relic Telecaster boasts almost identical specs—except it has a Three-tone Sunburst finish rather than a two-tone one. Although that three-tone finish also graces Bonamassa’s ’55 original, it’s almost unheard of in Teles of the era. “In the 20-plus years that I’ve been in the vintage business, I’ve seen two,” said Jack Hetherington, director of vintage and used gear at Guitar Center. Only 40 of these Special Mods were made.

And in case you’re wondering, yes, these two guitars are available exclusively at Guitar Center.

Watch Bonamassa put the masterbuilt Tele through its paces in the video below, or learn more about the collaboration here.

The Vintage Collector Series 1955 Relic Telecaster lists for $7,545, while the Special Mod lists for $4,650. For more information, check out guitarcenter.com.