And the brand got a blindfolded John 5 to demo it and guess the model. 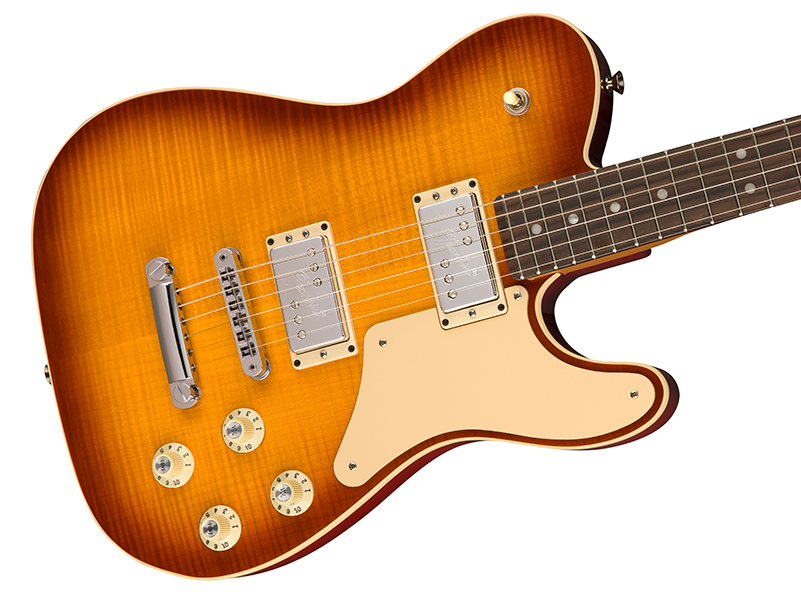 As part of Fender’s Parallel Universe series, the new Troublemaker Tele Deluxe is a weird Les Paul-Tele hybrid that brings beefy ’70s-esque arena tones to a Tele body. And who better to put the guitar through its paces than John 5.

The metal and country guitarist was the latest to take up Fender’s blindfold challenge, after Todd Wisenbaker. Black fabric strapped over his eyes, John 5 was handed the Troublemaker Tele and had to guess, based on feel and sound alone, what model it was. There was no way he was gonna get it right.

The Tele has a bound mahogany body with maple top, a modern “Deep C” mahogany neck, an Adjust-o-matic bridge with anchored tailpiece, and two Shawbucker humbuckers that have individual volume and tone controls.

A 9.5-inch-radius rosewood fretboard, custom Cabronica pickguard and Strat-style (or Tele Deluxe-style) headstock round up its appointments. The Troublemaker Tele is also available in two finishes: Ice Blue Metallic and Ice Tea Burst.