The good news from Fender keeps rolling in with the reveal of the stunning Parallel Universe series plus the Eric Johnson signature Stratocaster Thinline. We'll pass you over to Fender for the full story… 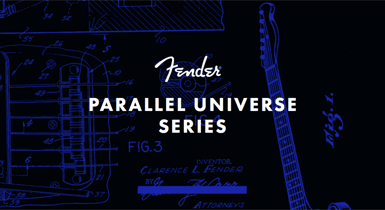 On the other end of the spectrum is Parallel Universe, which celebrates the modular nature of Fender guitars, splicing together DNA from various Fender models to create off-the-wall hybrids. On the artist side, we’re excited to have worked with Eric Johnson–one of the most talented guitar players on the planet–to create the first semi-hollow Stratocaster. He’s known for having the most detailed, critical standards for his instruments–and the quality and care is apparent in his second artist signature series model with us.”

Launching February 20, 2018–the Eric Johnson Signature Stratocaster Thinline (£2,019) is the first semi-hollow Strat that combines custom chambers with a traditional Stratocaster arm and body contours. In 2015, Johnson approached Fender to co-design a lightweight, resonant instrument that combined the tones of his favorite semi-hollow body guitars and his Stratocaster. 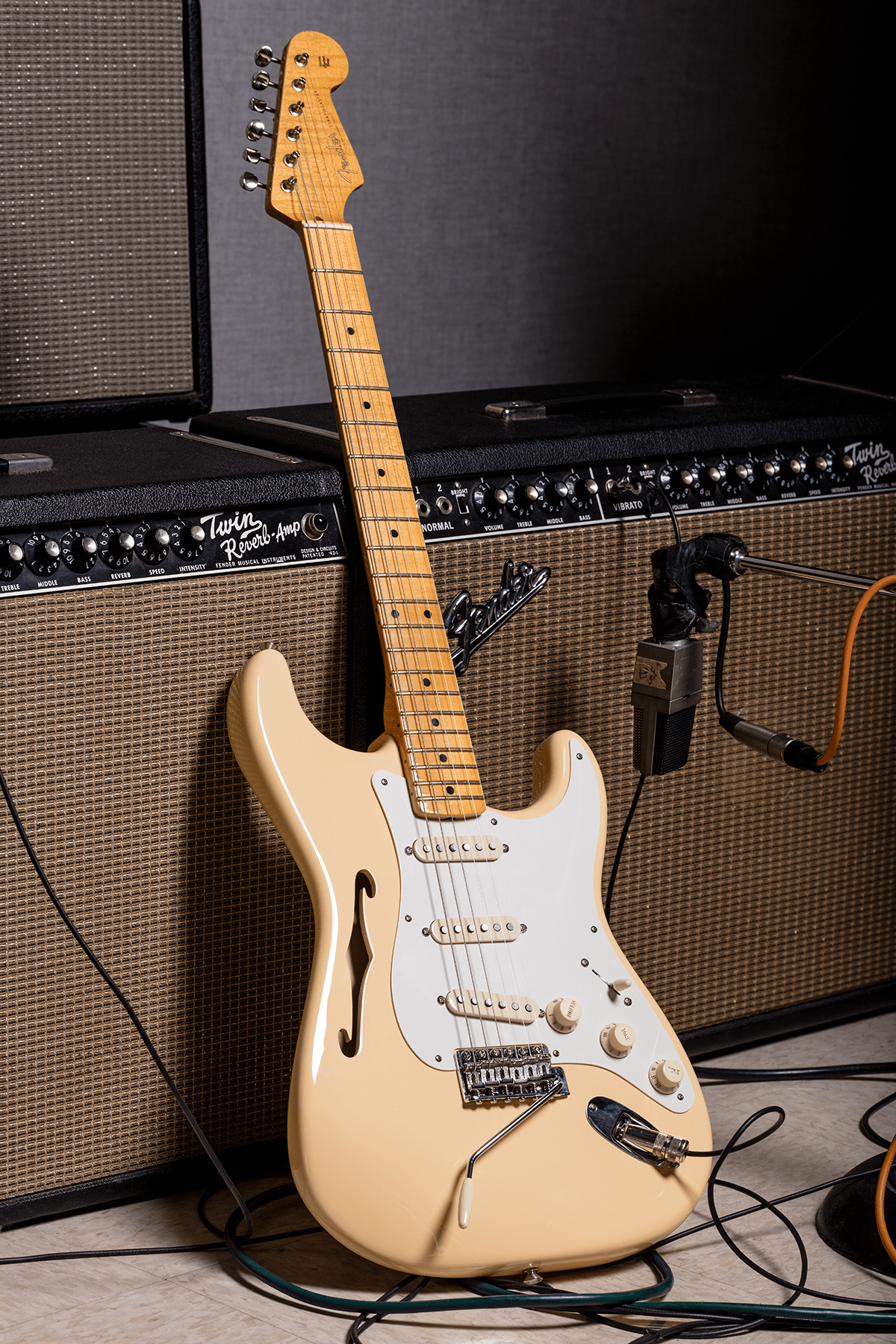 What resulted was an R&D tour de force featuring a custom-chambered body finished with nitrocellulose lacquer, as well as three single-coil Stratocaster pickups specially voiced to meet Johnson’s specifications and mounted to the semi-hollow, two-piece alder body with countersunk screws for even more vibration transfer.

The Elite Nashville Telecaster® HSS (launching May 2018) is a supercharged American Elite Telecaster. It features a direct mounted ShawBucker™ humbucking bridge pickup, along with pair of Pure Vintage ’64 Tele pickups in the middle position and neck positions–the beloved configuration of many Nashville players.

The Jazz Tele® (launching June 2018) has a vintage-inspired sound, modern feel and sensational aesthetics powered by a pair of American Vintage ’65 single-coil Jazzmaster pickups–marrying the best of the Jazzmaster and Telecaster guitars.

The Whiteguard Strat® (launching September 2018) combines the biting twang of a Telecaster® with the sleek, ergonomic contours of a Strat.