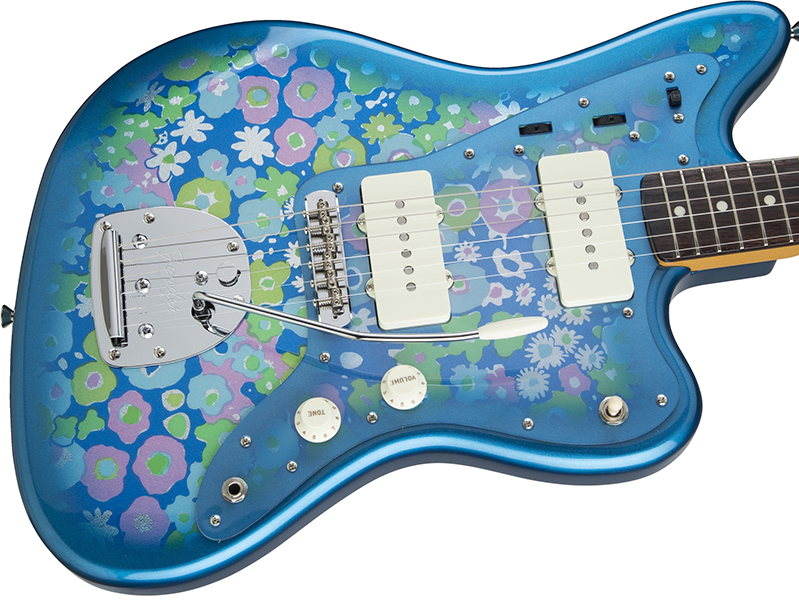 Fender has pulled the curtains off a new line of MIJ models, and they’re going to make you drool. The line-up includes an offset Tele, a Paisley Jazzmaster, a ’50s-spec’ed Strat and a 12-string Strat—and, yes, they’re all available in the US.

Made in Japan Mahogany Offset Telecaster

Inspired by the Fender Telemaster “Ace,” this Telecaster-Jazzmaster combination drips with quiet confidence. It features an offset mahogany body and a mahogany neck with a 21-fret rosewood fingerboard.

The pickups are where things get really interesting: The guitar sports a vintage-style Tele single-coil at the bridge and a neck soapbar. So you’ll get some classic Tele twanginess but also those thick Jazzmaster tones. Elsewhere, classic Telecaster controls in the form of a “Master Volume,” “Master Tone,” and a three-way pup switch govern your sound.

Made in Japan Traditional ’60s Jazzmaster

This guitar looks straight out of the Swingin’ ’60s, with Paisley and flower motifs on its alder body. It’s a classic Jazzmaster through and through. Features like a maple neck, 21-fret rosewood fingerboard, dual single-coils, six-saddle vintage-style adjustable bridge with a floating trem, and standard Jazzmaster controls keep things familiar.

Available in Pink Paisley and Blue Flower. Lists for $999.99.

This one’s for the vintage Strat enthusiast. From its sound to its look and feel, this MIJ Traditional Series ’50s Stratocaster pays homage to the instrument’s roots.

To round out this trip down memory lane, Fender has also thrown in a 12-string axe. Less flashy than the others in this series—but no less exciting—this guitar is a nod to the 1965 Fender Electric XII.

Notable features are its 12-string hardtail bridge, vintage-style tuners, and rosewood fingerboard. Its standard SSS pickup configuration are nothing to scream about, but it does deliver that time-honored Fender tone. Like the Traditional ’50s Strat, this model has a basswood body and a 7.25-inch fretboard radius.

Available in Three-color Sunburst and Olympic White. Lists for $899.99.