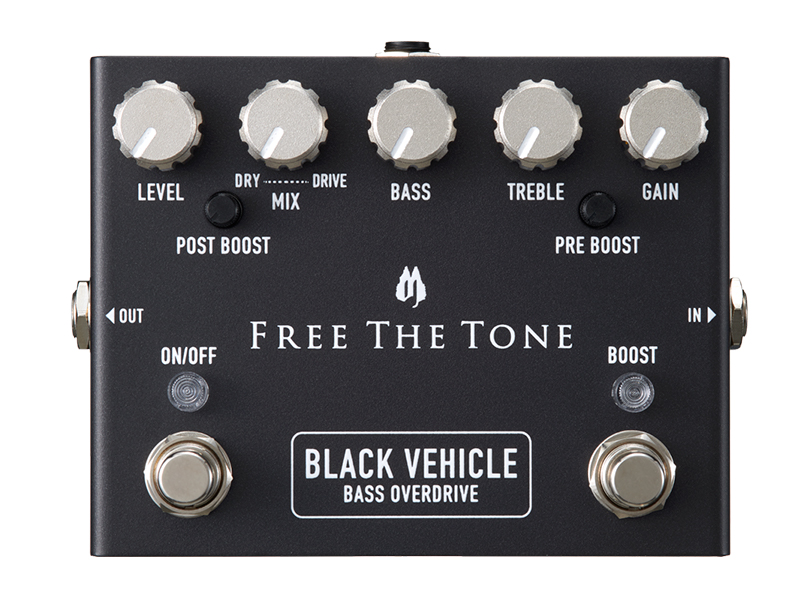 Free the Tone has released the Black Vehicle bass overdrive as part of its 15th anniversary project, Integrated Series.

This pedal is aimed at helping bassists achieve that desirable vintage tube amp tones without the low end loss. It can go from purring driven tones to nasty levels of distortion. The stompbox also presents a wide range of controls that makes it a formidable addition to any bassist’s arsenal.

The two main tweakable circuits on the Black Vehicle are its EQ and mix. The former is fairly uncomplicated, with individual “Bass” and “Treble” knobs to manage low and high end, respectively. The mix circuit is essentially a wet/dry control, allowing you to alter the amount of effect in the signal. The brand emphasizes that all these controls work together to ensure you’re not buried in the mix.

There are also footswitchable pre- or post-boost stages. The former increases the amount of drive and its character, while the later simply ramps up the output. “Level” and “Gain” are the other two controls to round out this versatile OD box.

The Black Vehicle retails for $370 and will be available from September 10. More information at freethetone.com.