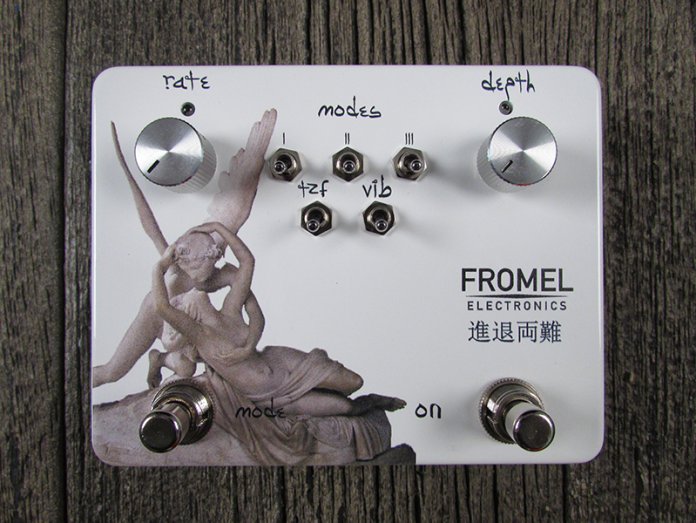 The original Seraph was released back in 2008, but Fromel spent the following decade tweaking the circuit. The result of this long labor of love is the Seraph Deluxe.

It features the classic four modes of the Roland original, accessible via an array of two-way switches. These modes can be combined and saved—up a total of eight presets—providing a wide range of chorus voicings. There’s also a manual mode that allows you to tweak the rate and depth of the chorus via rotary knobs. This gives you full control over the effect.

Two other notable features on this pedal are “Vibrato” and “Through Zero Flange.” The former is self-explanatory, while the latter uses dual delay lines—and no dry signal—to create flanging sounds.

Lists at $329 and $349 for the standard and NOS versions, respectively. More information at fromelelectronics.com.