The brand launched a range back in March.

As part of Fender’s large lineup reveal today, Gretsch has introduced a number of new models under its artist signature, Electromatic, Streamliner and Roots ranges of guitars. 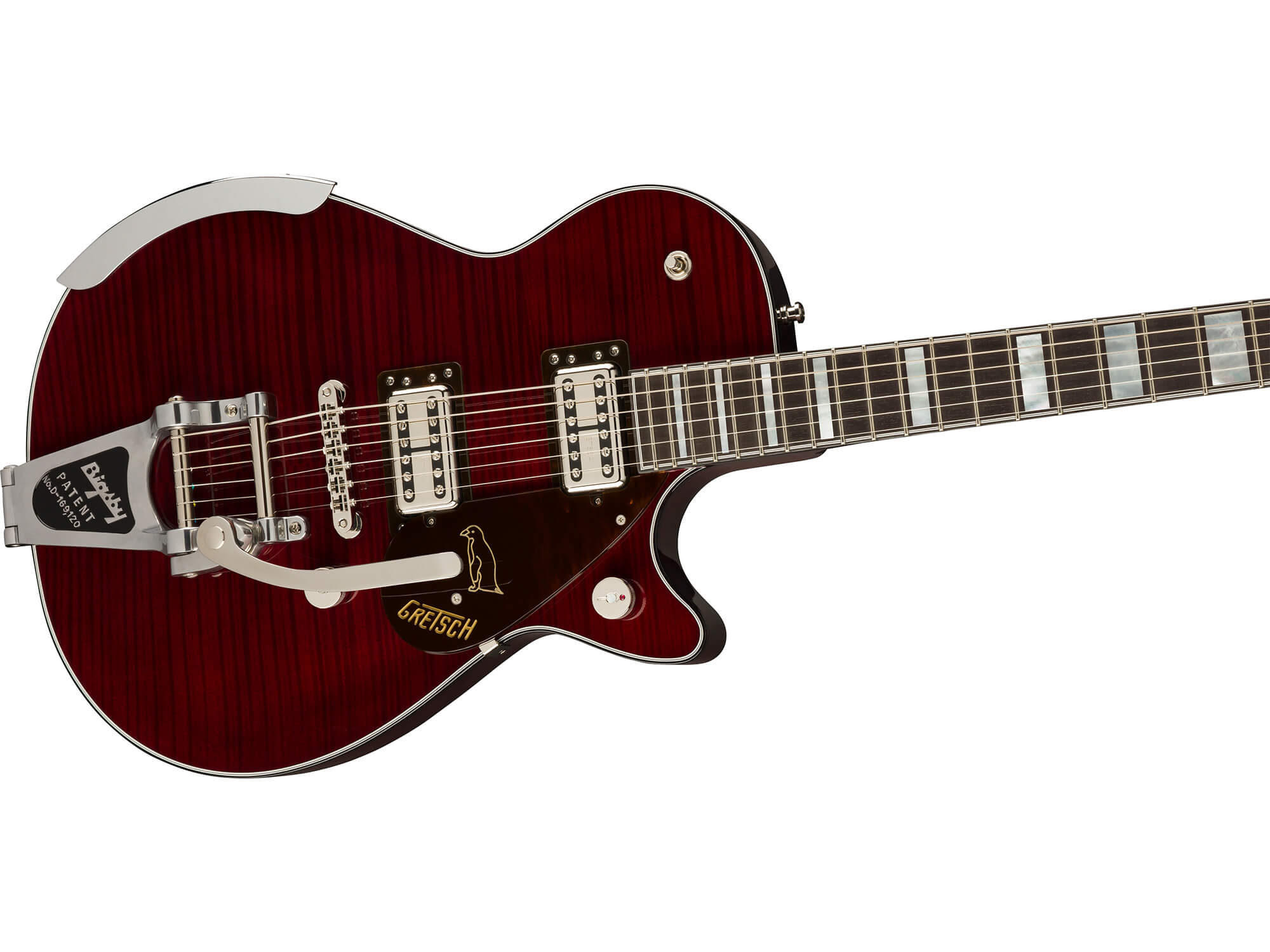 This signature guitar for guitarist Nigel Hendroff features a chambered mahogany body, a flame maple top, a Bigsby tailpiece and a pair of BT-65 Broad’Tron humbuckers. There’s also a large vintage-style headstock and a chrome armrest.

This signature model for the late AC/DC guitarist Malcom Young, pictured at the top of this article, pays tribute to his early days with the instrument, before he stripped the finish and performed a number of his own mods. There’s a trio of pickups, a TV Jones Ray Butts Ful-Fidelity pickups in the bridge and neck positions, joined by a TV Jones Starwood humbucker in the middle position. The body is chambered mahogany, while other hardware includes a Harmonica-style adjusto-matic bridge pinned to an ebony base. 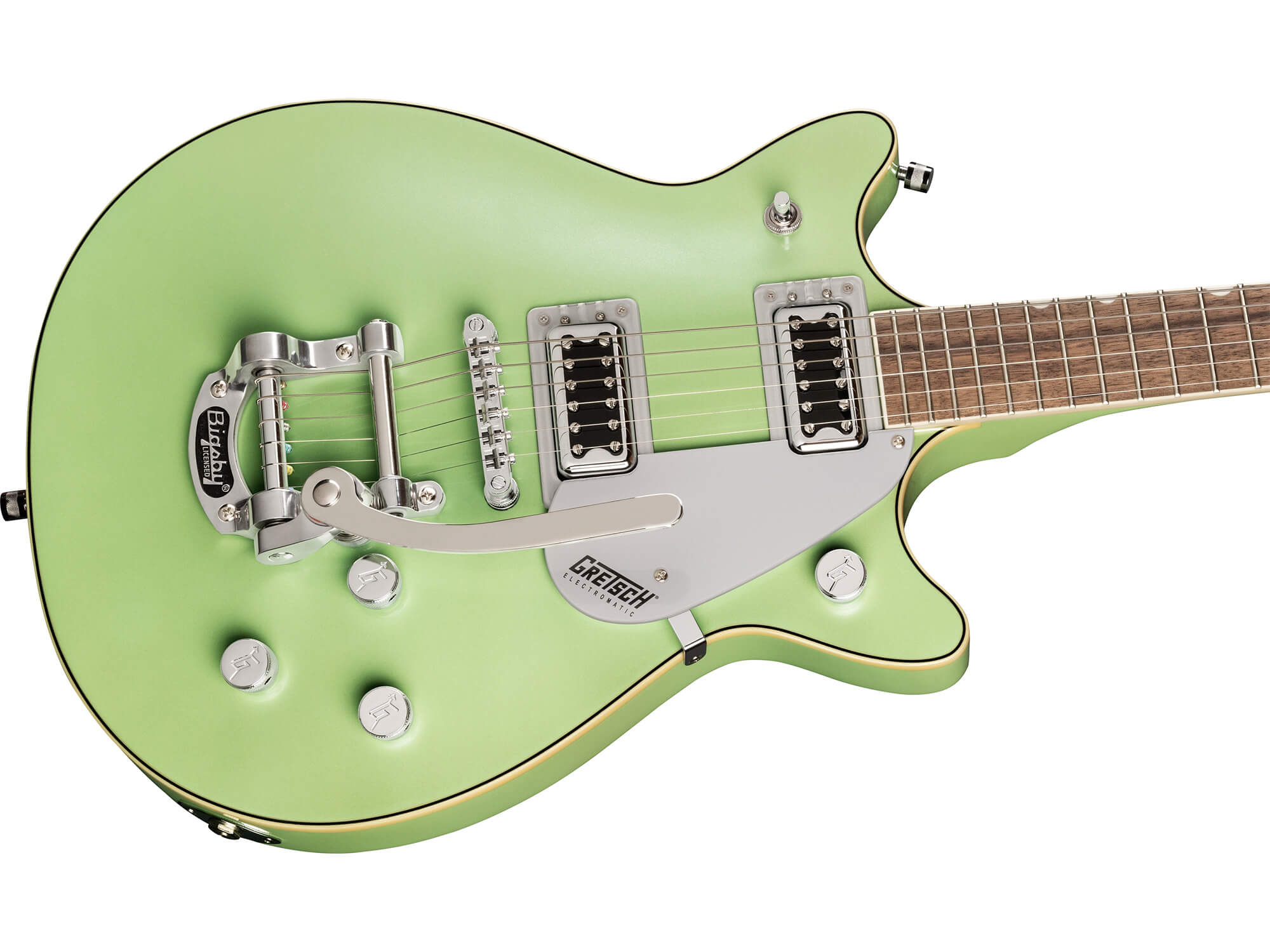 Three new Electromatic double-jet models have been announced. The G5232 Double Jet is available in two versions: the G5232T, fitted with a Bigsby, and the G5232LH, a left-handed version fitted with a V-stoptail. 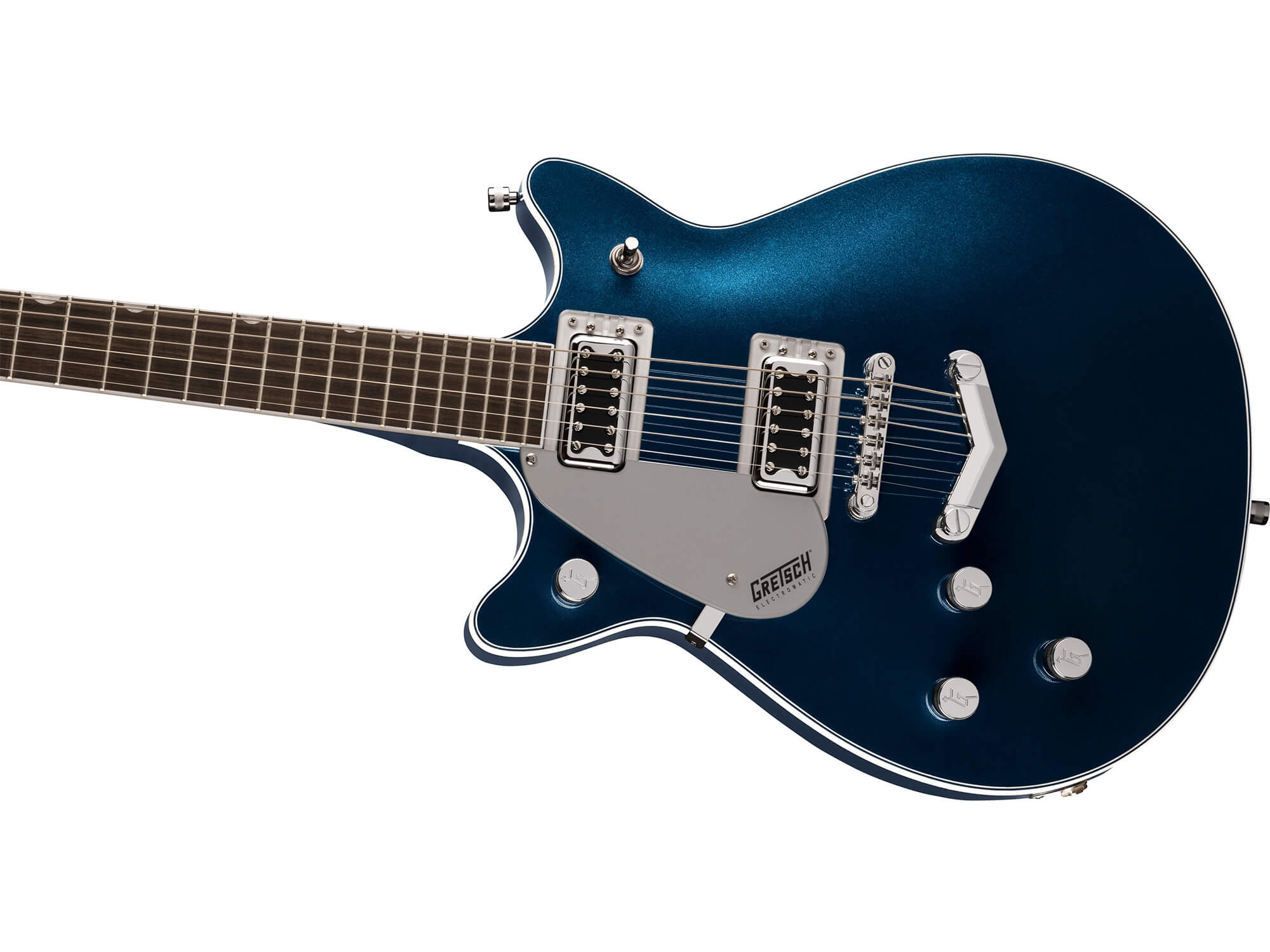 Both feature a double-cut chambered mahogany body, an arched maple top, a low-set mahogany neck and Filter’Tron pickups. The G5222 BT takes many of the same specifications, including the G5232LH’s V-stoptail, but replaces the pickups with a pair of Black Top Broad’Tron pickups. 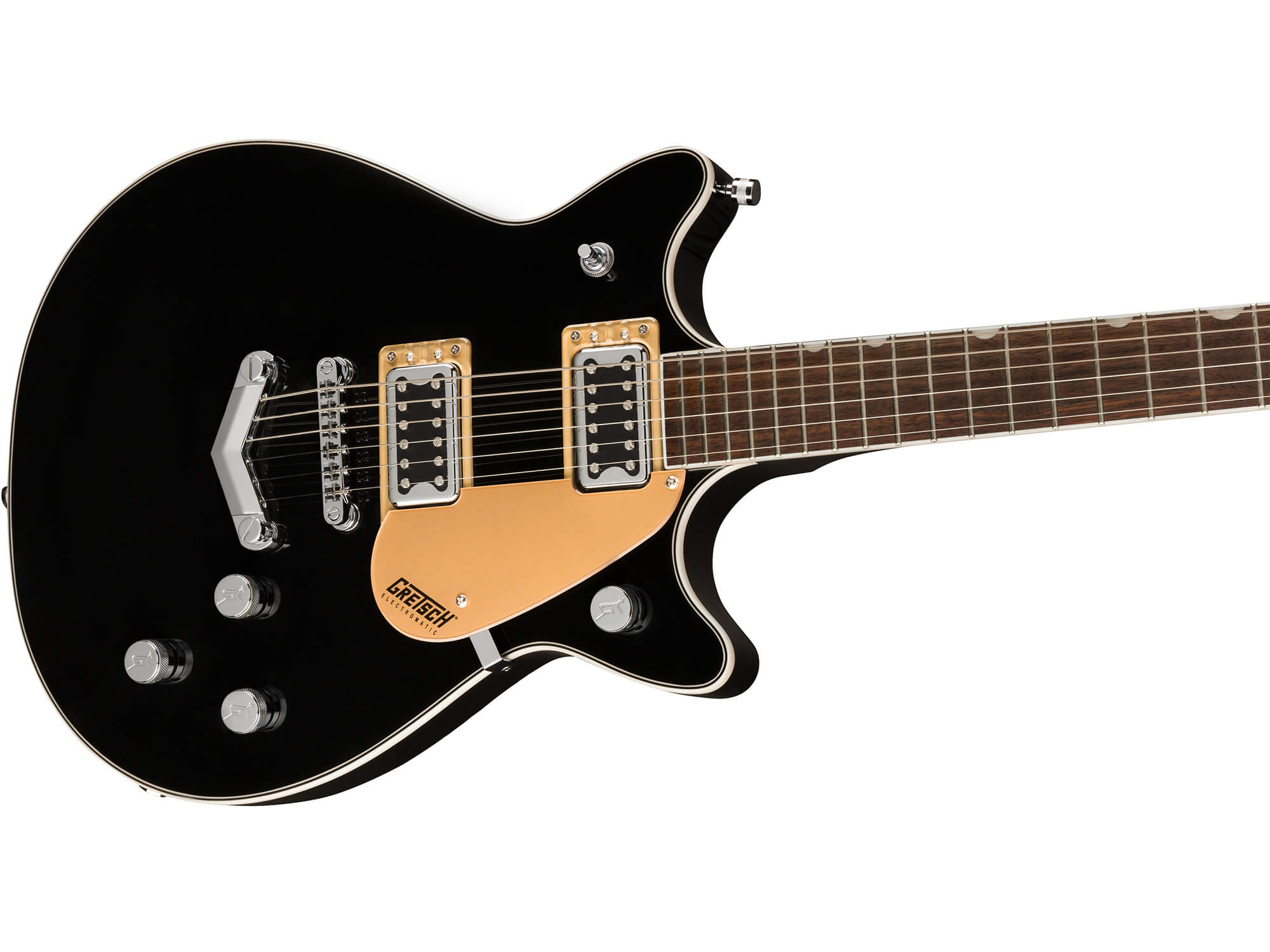 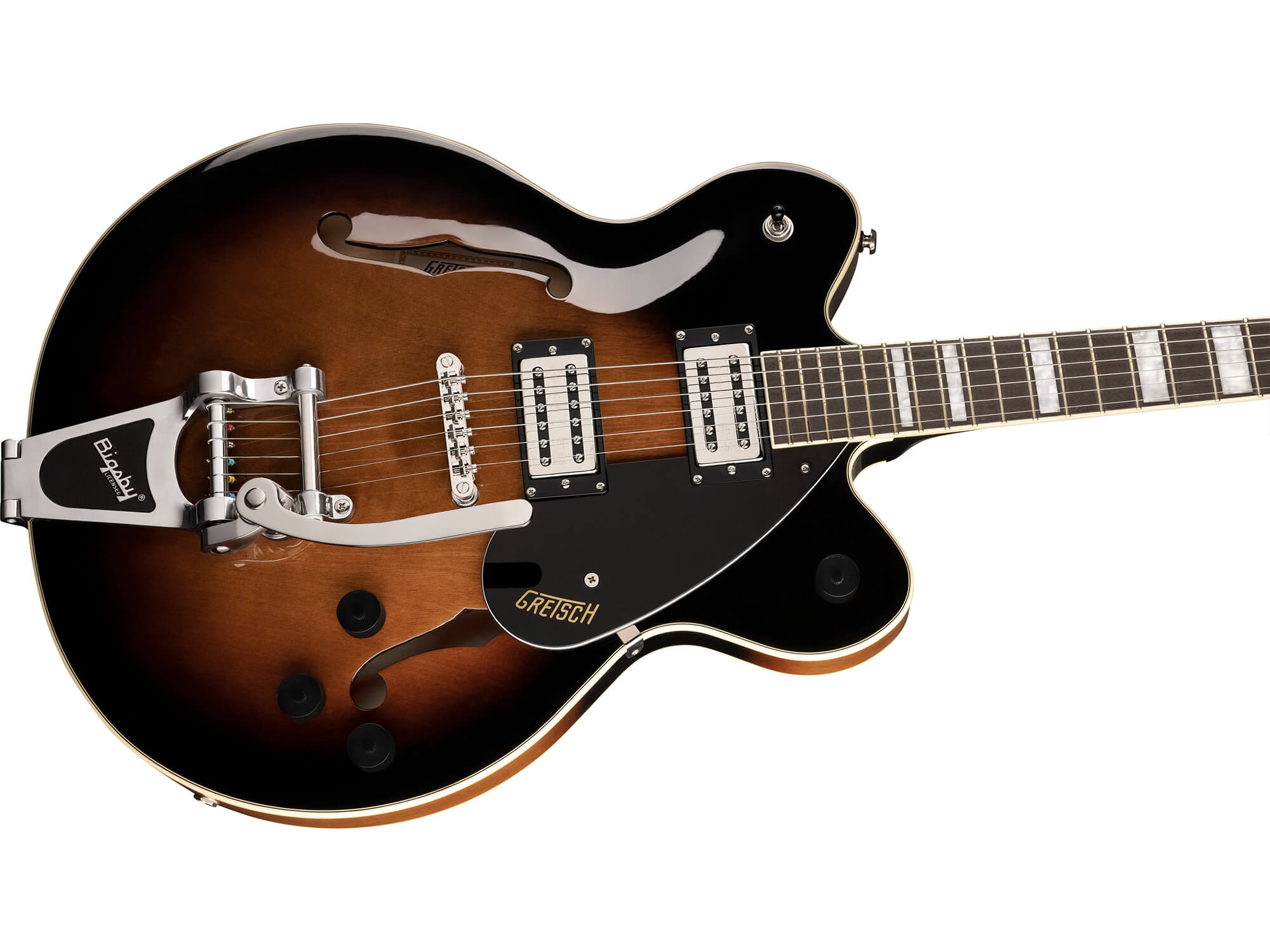 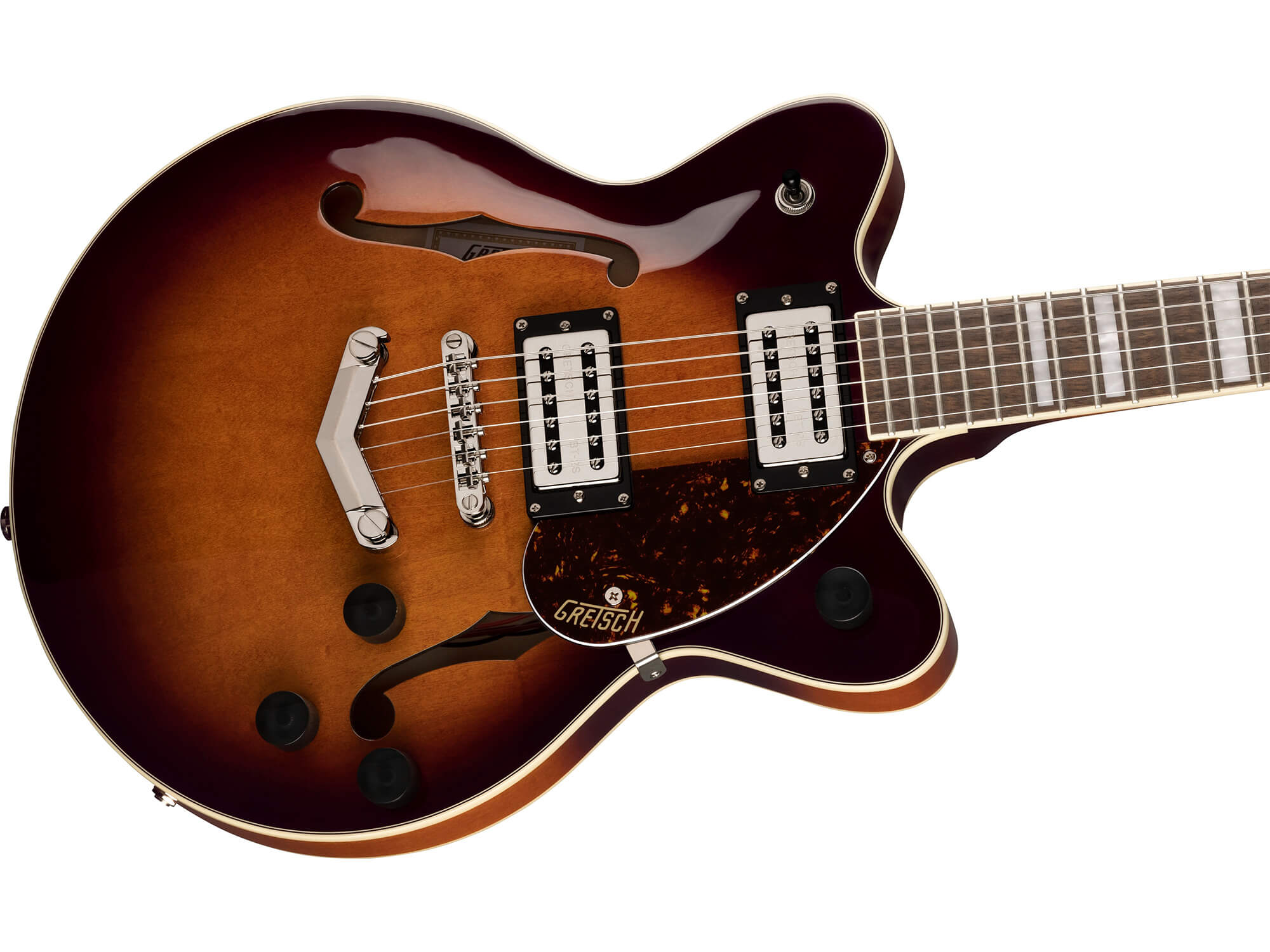 Electronics are also the seam in both cases, with a pair of all-new Broad’Tron BT-2S humbuckers. The difference between the two models comes down to the bridge, which in the G2655’s case is a V-stoptail, and in the G2622T’s case is a Bigsby. 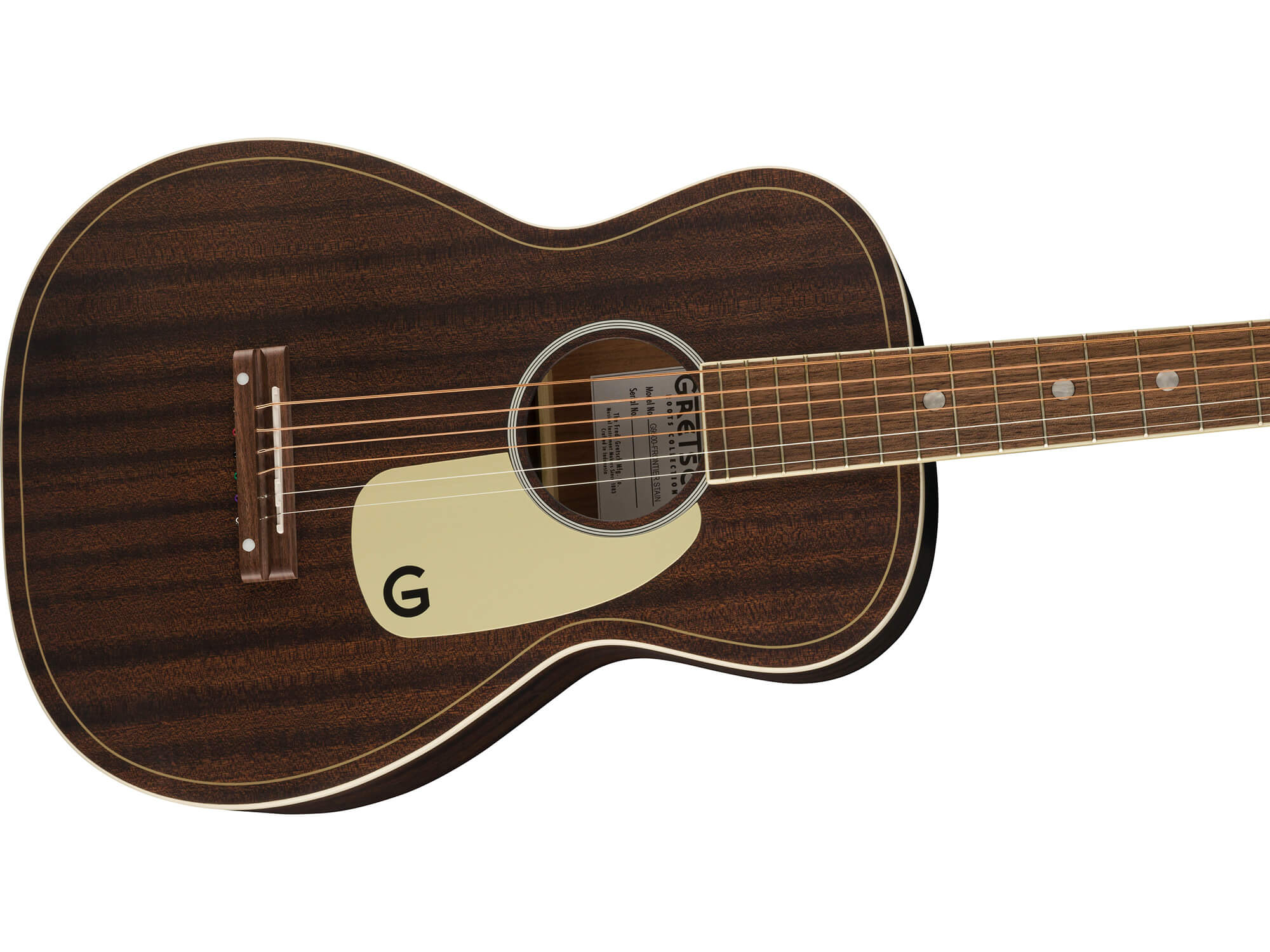 And finally there’s the new G9500 Jim Dandy. This flat-top acoustic comes in a standard and a limited edition. The standard edition bears a sapele body with X-bracing, as well as a dark ‘frontier satin’ finish. 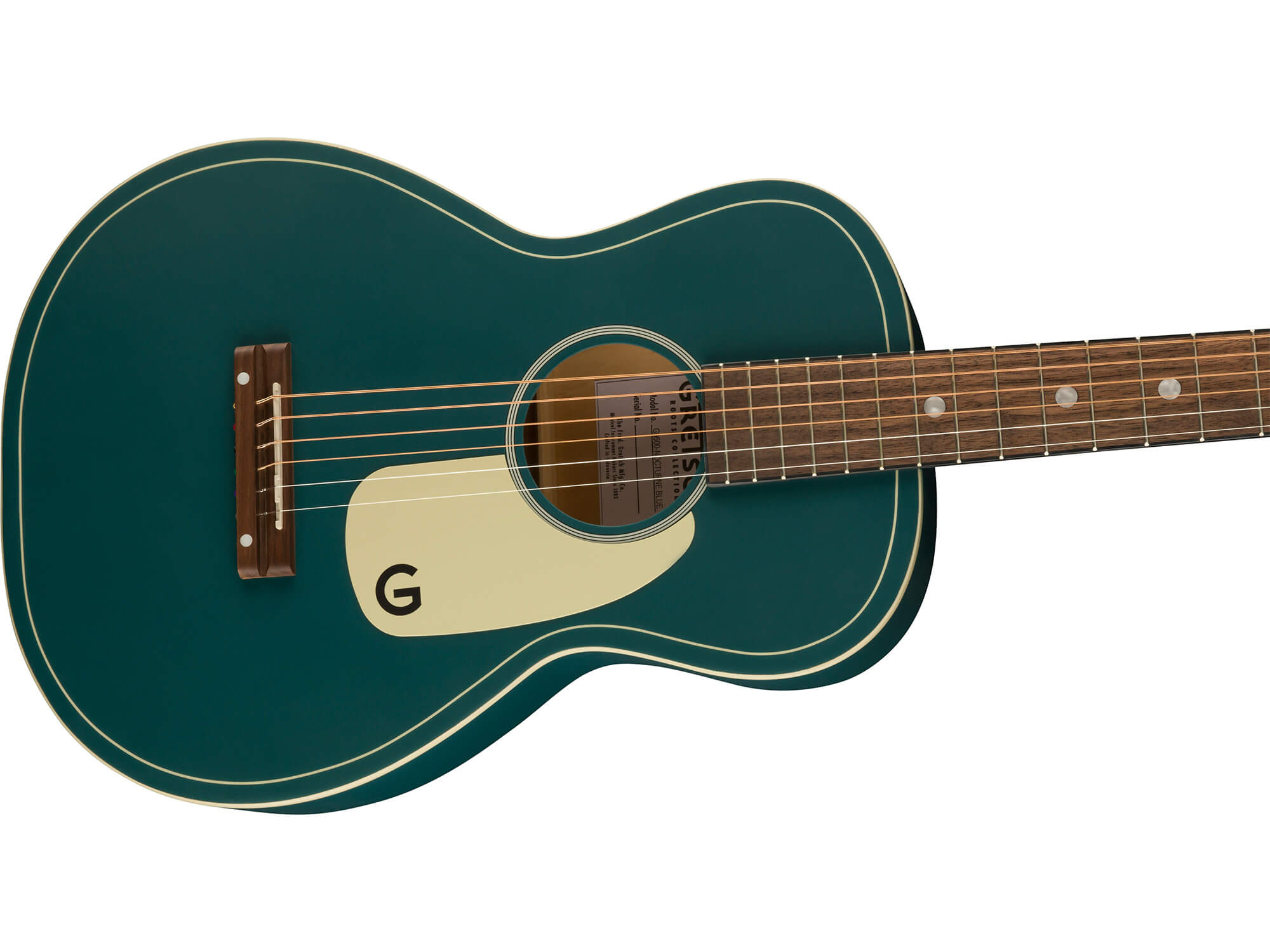 The limited-edition version features an X-braced basswood body, finished in Nocturne Blue. Both versions are based on Gretsch’s Rex line of parlour guitars, with a short 24-inch scale length, and a neck set in at the 12th fret. Both are also the same price, listing for a very affordable $169 / £205 / €240.