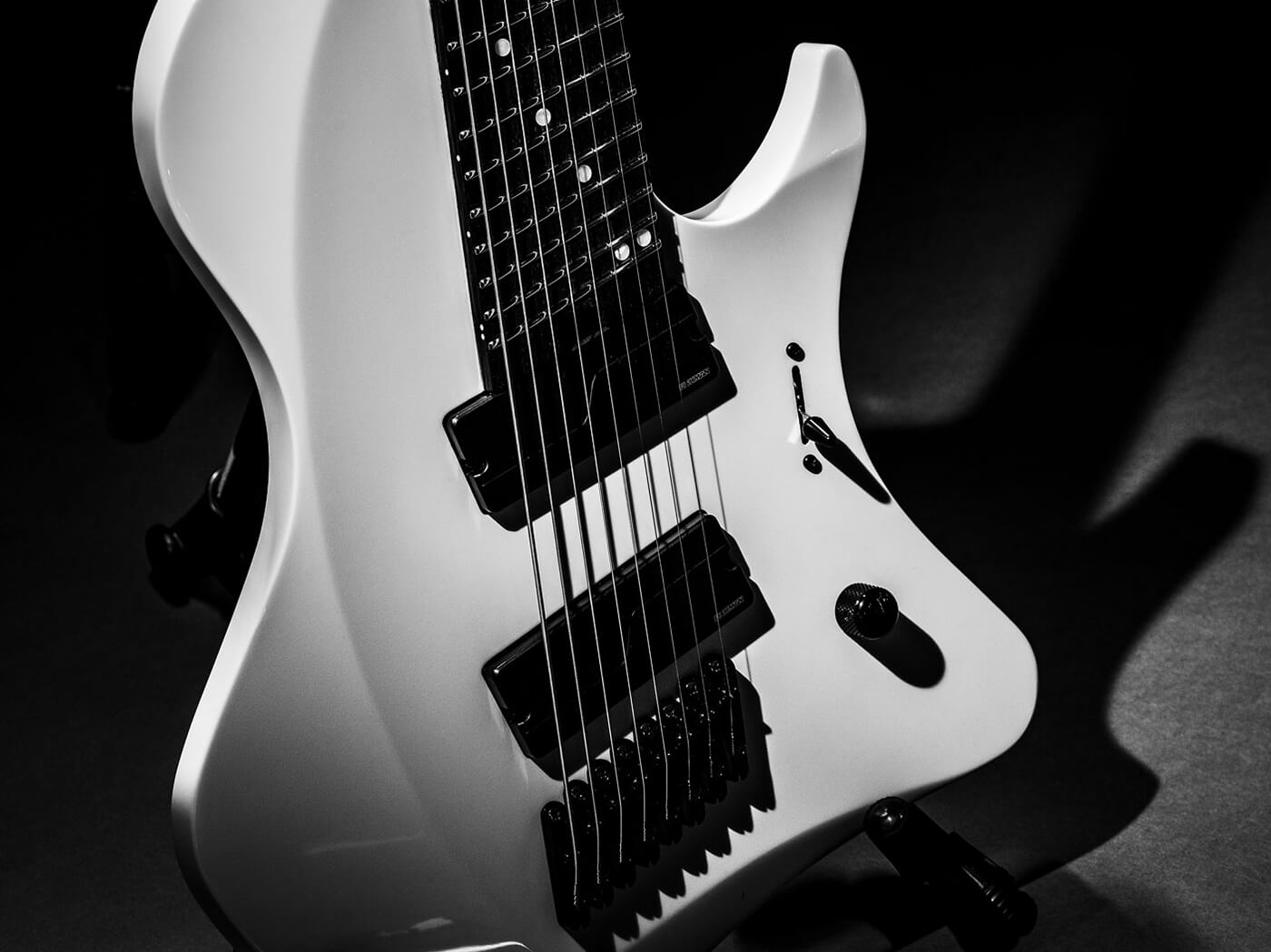 The new axe will be available in three models: the Larada 8, Larada 6 and Larada Space T. These ergonomically designed instruments are made-to-order, and can be customised according to tonewood, hardware, and finish preferences. Here are the details:

This eight-string beast is the flagship model, and is billed as the guitar Tosin Abasi “plays live and in the studio”.

It features a multi-scale fingerboard – with stainless steel fanned frets – that has a compound radius of 16- to 21.5-inches. As for electronics, the guitar is loaded with two Fishman Fluence Tosin Abasi signature humbuckers which are governed by a master volume knob and a five-way pickup selector.

Rounding out the guitar’s features are sturdy hardware appointments, including Hipshot Griplock tuners, a Graphtech nut as well as individual string bridge saddles.

As its name suggests, this axe offers classic T-style tones in an ergonomically shaped Larada package.

Its tone is derived from a Fishman Greg Koch signature pickup set which comprises two Tele-style pups. These are wired to a three-way pickup selector, a master volume knob, and a master tone knob with a dual voice mode.

Elsewhere, the Larada Space T features a standard-scale neck and a compound fingerboard radius of 10- to 14-inches. And in terms of hardware, the axe boasts Hipshot Vintage tuners as well as a Wilkinson three-saddle T-style bridge.

This model has yet to be revealed, but Abasi Concepts has shared some of its specs.
In terms of pickup configuration, you’ll have a choice between H-S or HH. The former comprises a Fishman Fluence Tosin Abasi Humbucker matched with a Fishman Fluence single-coil, while the latter consists of two Fishman Fluence Tosin Abasi Humbuckers. Like the Larada 8, it features a 16- to 21.5-inch fretboard, Graphtech nut and Hipshot Griplock tuners. In contrast however, it will have a non-fine tuner floating bridge instead.

Here’s a snapshot of the new electric range:

For more information on customisation options, head to abasiguitars.com.