These versatile bass amps are spec’ed with modern appointments. 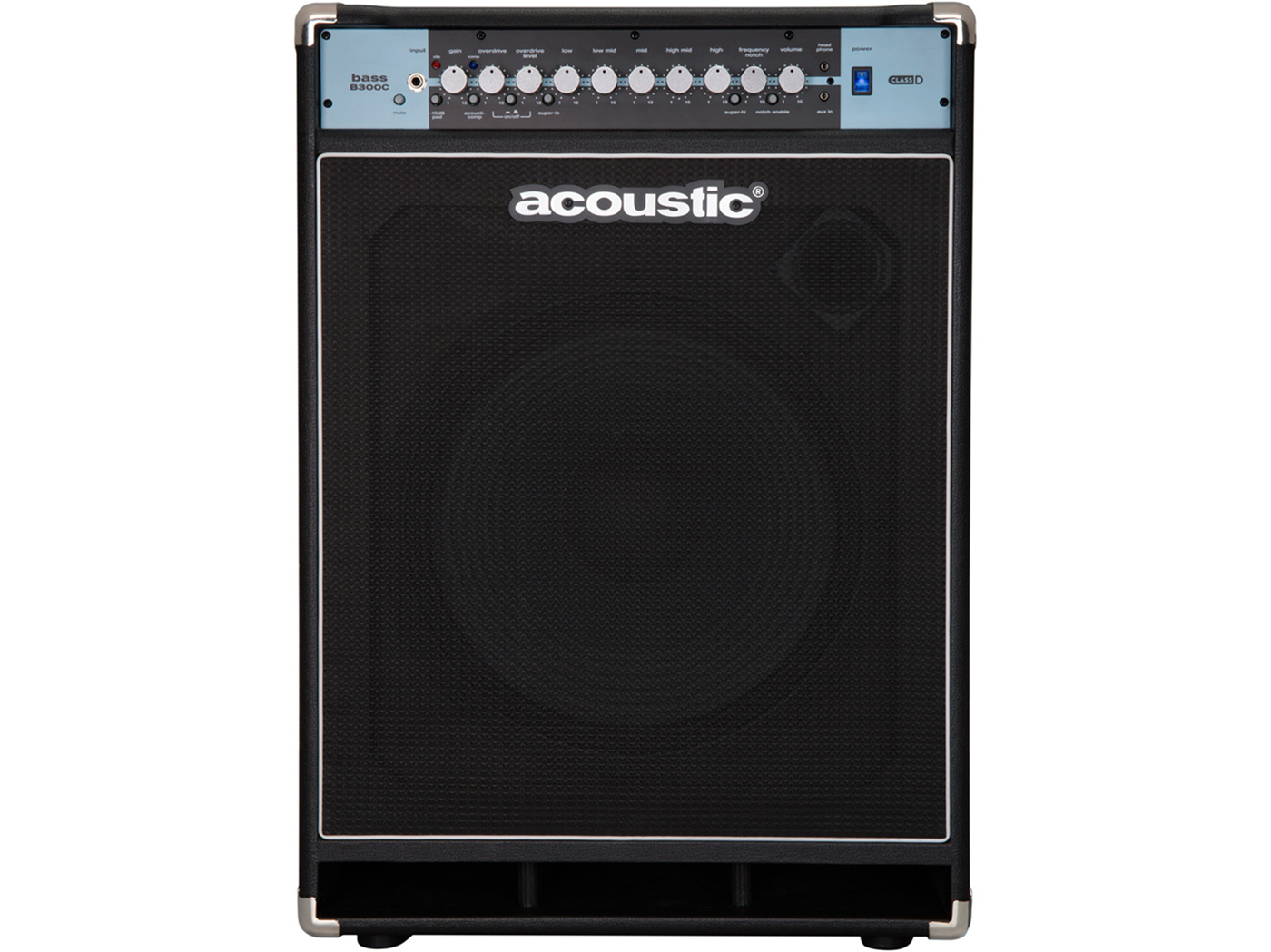 Acoustic has released two new bass combo amps: the B300C and B600C. They join the brand’s Classic Series, which debuted with three units earlier this year.

Like their contemporaries, the B300C and B600C are no-frills workhorses that shine both on stage and in the studio. They’re designed with a rugged enclosure and Class D power amplification. The former aids in portability while the latter delivers clean, commanding bass tones. Both amps also retain certain C-Series features, including a tilt-back cabinet design, dynamic EQ sculpting, and a built-in blendable overdrive circuit.

The B300C serves up 300 watts of sterling bass tones through a single 15-inch ferrite speaker. Besides a five-band EQ, a Shape section employs a “Frequency Notch” knob to shape midrange frequencies.

The amp also comes with new features that cater for further sculpting: “Super-Hi” and “Super-Low” buttons can be engaged for dedicated frequency boosts, while an “Acousti-Comp” button activates the amp’s built-in compression.

When it comes to I/Os, the BC300C’s back panel sports pre- and post-EQ XLR direct outputs that come complete with level control and ground-lift capabilities. There’s also a 1/8-inch headphone output for quiet practice and a 1/8-inch aux input. 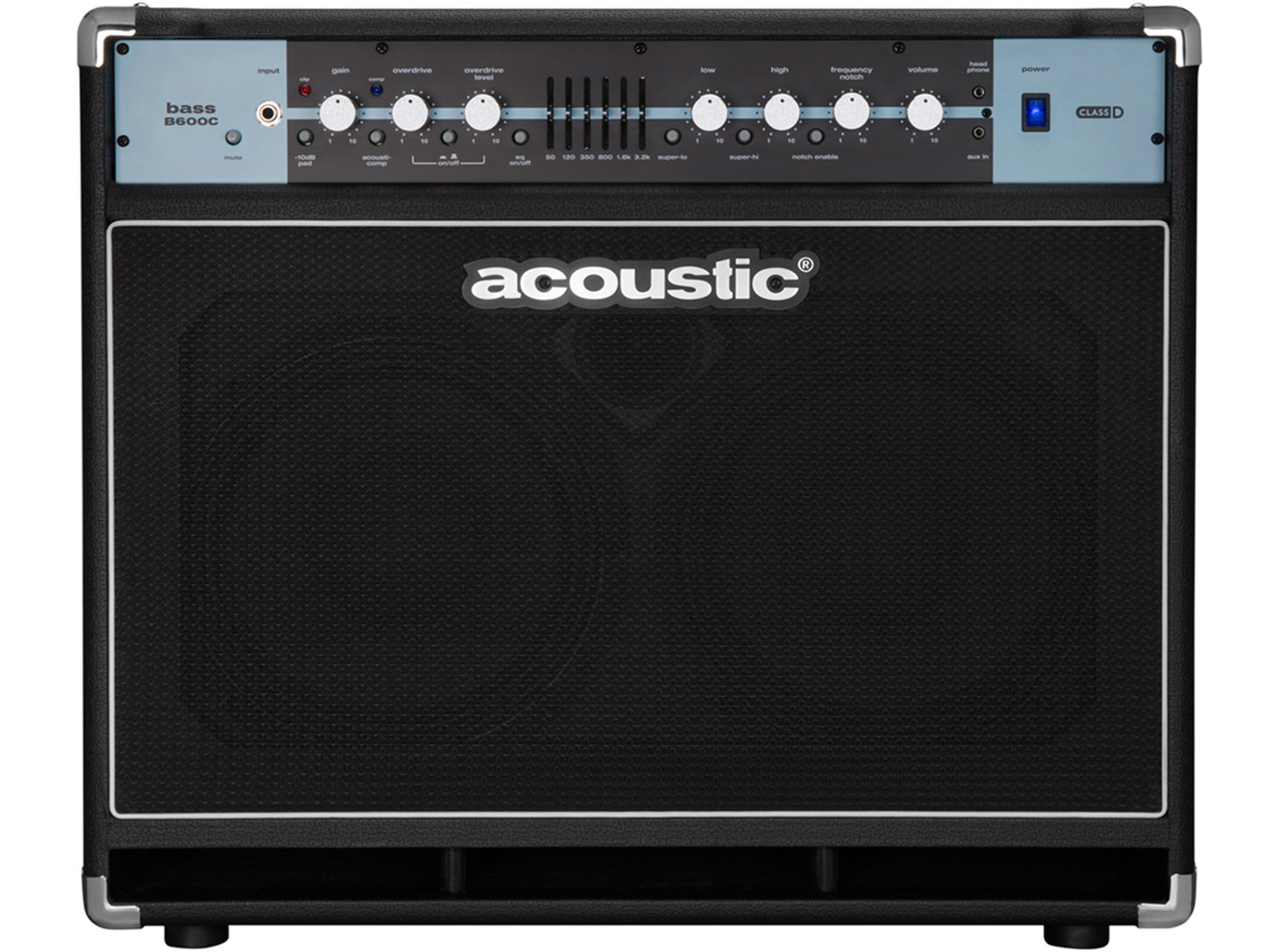 In the other corner is the B600C, a 600-watt combo amp that runs through two custom-voiced 10-inch ferrite speakers. It features a unique six-band graphic EQ section, as well as the Shape feature found on the B300C.

The amp also features convenient level-cutting functions such as a -10dB input pad and a “Mute” switch. For more tonal versatility, there’s an effects loop, an XLR output, a 1/8-inch headphone out and a 1/8-inch aux input.