The model is based on Jones’ 1979 Silverburst Les Paul Custom. 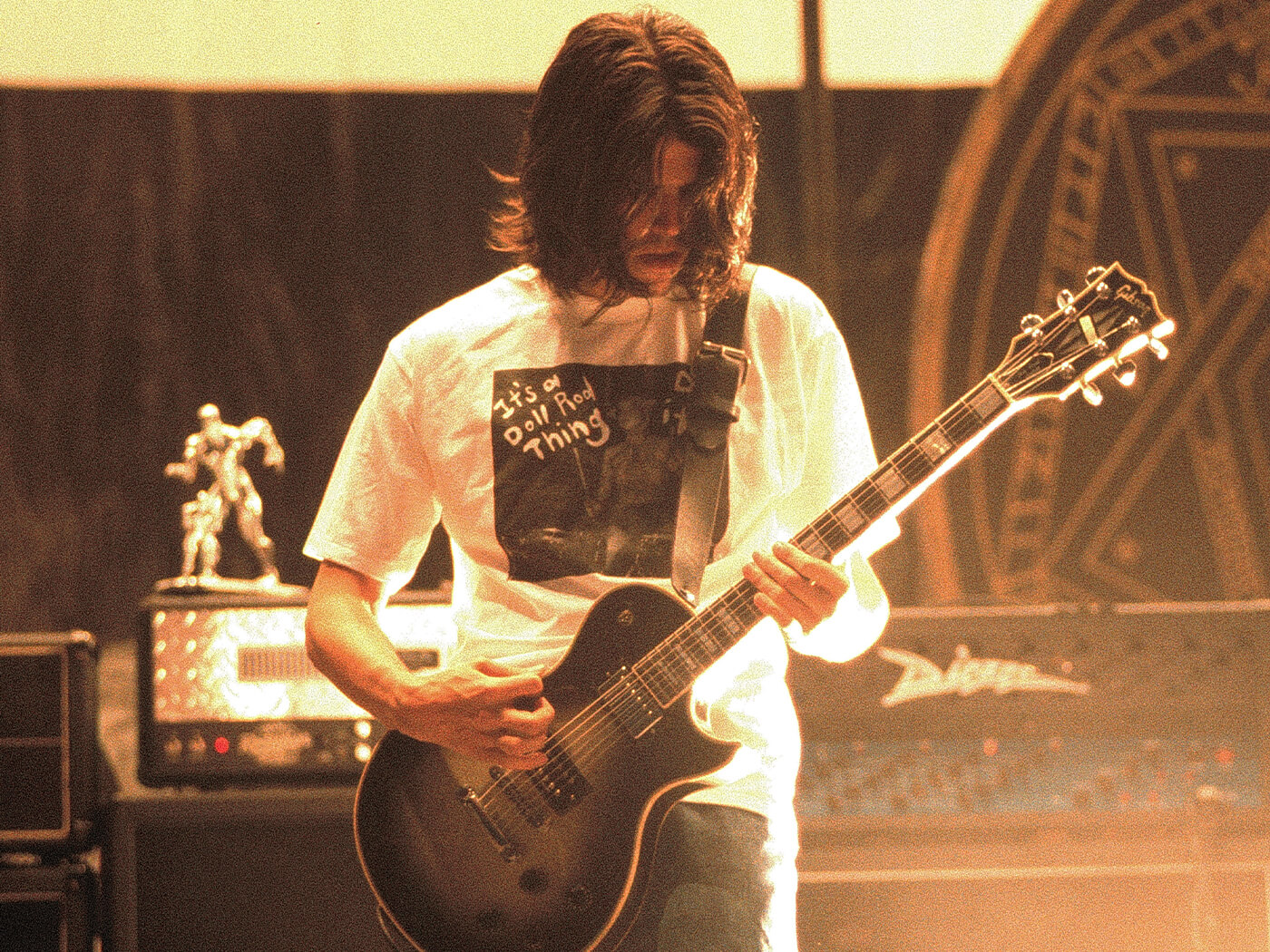 Adam Jones has revealed that his Gibson signature models are in production. The Tool guitarist broke the news on Instagram, sharing an image of several unfinished Les Paul body blanks, fitted with Les Paul Custom-type binding and marked with the initials “AJ”.

“It doesn’t get more official than this,” Jones wrote in the post’s caption. “[Adam Jones] Gibson Signature guitars now in production!”

A first look at the model – which is based on the Silverburst 1979 Les Paul Custom that Jones has used throughout Tool’s career – was also shared on the Instagram account of Peter Leinheiser, senior director of Gibson entertainment relations.

The pricing, release date and specifications for the Adam Jones Les Paul Custom have yet to be revealed. However, as you’d expect, the guitar comes equipped with two humbuckers (bridge uncovered, neck covered), as well as the ornamental mirror on the headstock which features on Jones’ original guitar.

Jones spoke about his Silverburst Les Paul Custom in a 1994 interview with Dutch music program, Onrust!. When asked about his penchant for Gibson guitars, he responded:

“There’s a quality guitar made, and I think so many guitars are just pumped out. And they say, well it’s the guitarist not the guitar. Bullshit. It’s the guitar.”