This compact bass amp serves up a wide spectrum of bass tones. 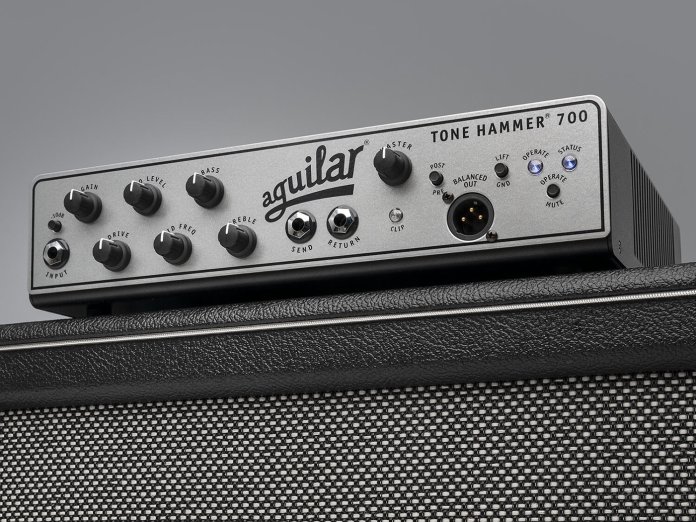 Aguilar Amplification has unveiled the Tone Hammer 700 bass amp, a follow-up to the 350 and 500 models. The 700 is a compact, high-quality head with a host of tone-shaping capabilities.

At the heart of the amp is Aguilar’s Tone Hammer solid state preamp, also featured in the brand’s popular DI/preamp pedal of the same name. It delivers clear, well-defined bass tones at two power output levels: 700 watts at four or 2.67 ohms, and 350 watts at eight ohms.

Tone-sculpting comes by way of seven intuitive knobs, including a master “Volume” control and a three-band EQ that has a fully sweepable mid-range. The “Drive” knob also serves to dial in subtle distortion and punch via Aguilar’s proprietary AGS drive circuit.

In terms of connectivity, the amp boasts a series effects loop and an XLR-balanced output on its faceplate, as well as two speaker outputs around the back.

Retails at $849. More information at aguilaramp.com.