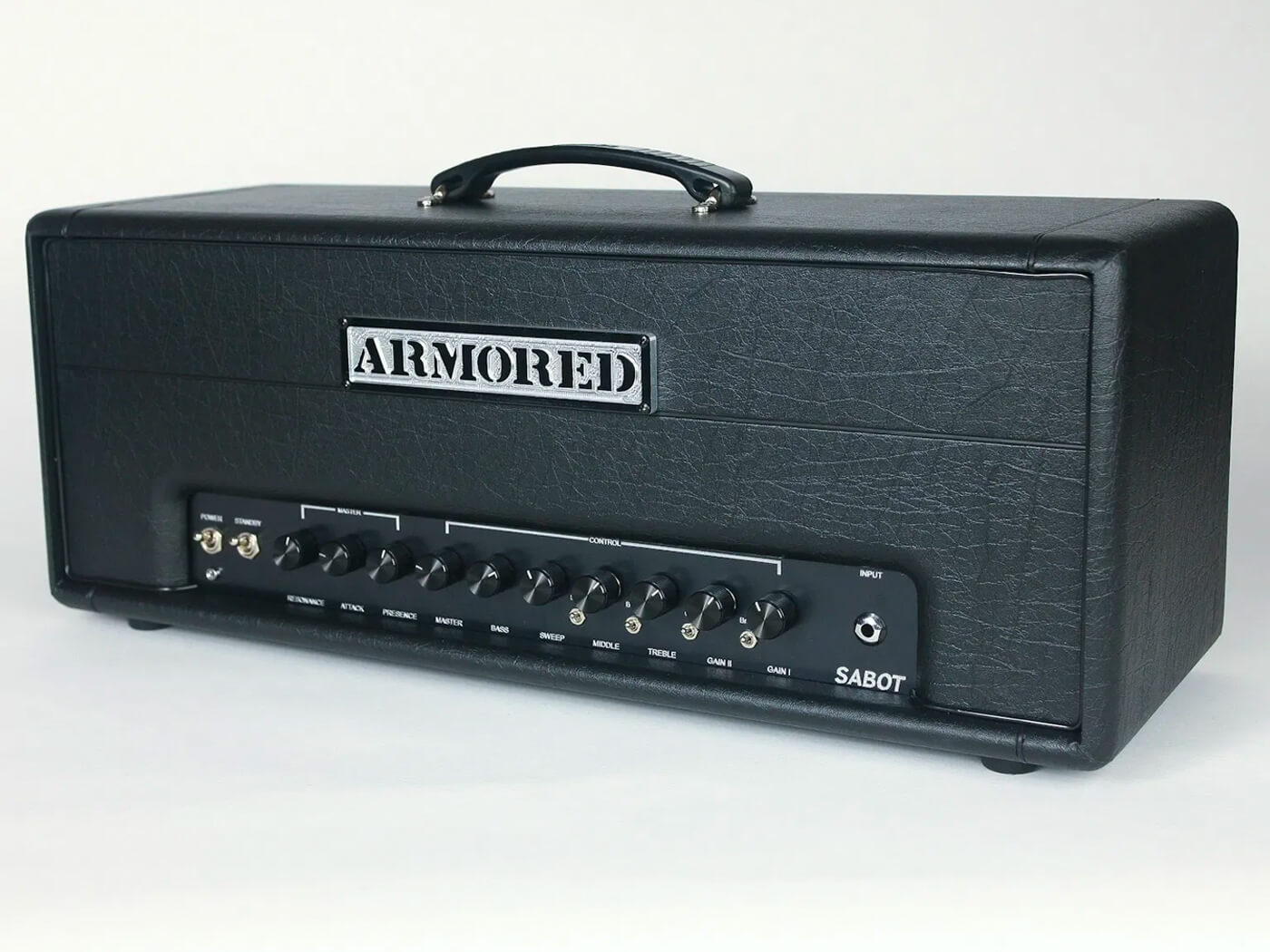 Florida-based Armored Amplification has announced the Sabot 6550, an all-tube head with a focus on delivering “punishing high-gain power” packed with punch, articulation and definition.

This single-channel 60-watter gets its name from its two 6550A Tung-Sol reissue vacuum tubes, paired with three ECC83 JJ/Tesla tubes.

In terms of gain – which you’ll find this amplifier is in no short supply of – there are two gain controls for high and low frequencies. The Sabot’s design is said to be centred around the brand’s proprietary tone stack – voiced specifically for extended range and drop-tuned guitars. This gives you bass, mid and treble controls, as well as a sweep knob that can make broad alterations to the amp’s EQ.

On top of this, the Sabot brings along four switching options that boost specific frequency bands and add further character to the signal. Sizzle adds more gain in the top end, Body does the same to the lower-mids; the Grit switch engages a ‘Jose Arredondo-type’ circuit, adding gain and compression and the Bright switch adds some extra top-end sheen to the signal.

In the master section are controls for volume, as well as for attack and resonance. In the back of the amp, a detented power control lets you adjust the voltage settings for the power tubes – which can be used to “tighten” or “loosen” up the amp’s overall sound.

Each Sabot is hand-wired and, as a metal amp, looks quite the part, with anodised aluminium knobs, faceplate and logo. According to its creator, “the Sabot is built like a tank”. Hear it in action below.

The Standard Blackout Sabot retails at $1,699. Learn more at armoredamps.com