Blackstar gets skeletal with the special-edition ID:CORE 10 V2 Sugar Skull

This sweet amp is the latest addition to Blackstar’s ID:CORE series. 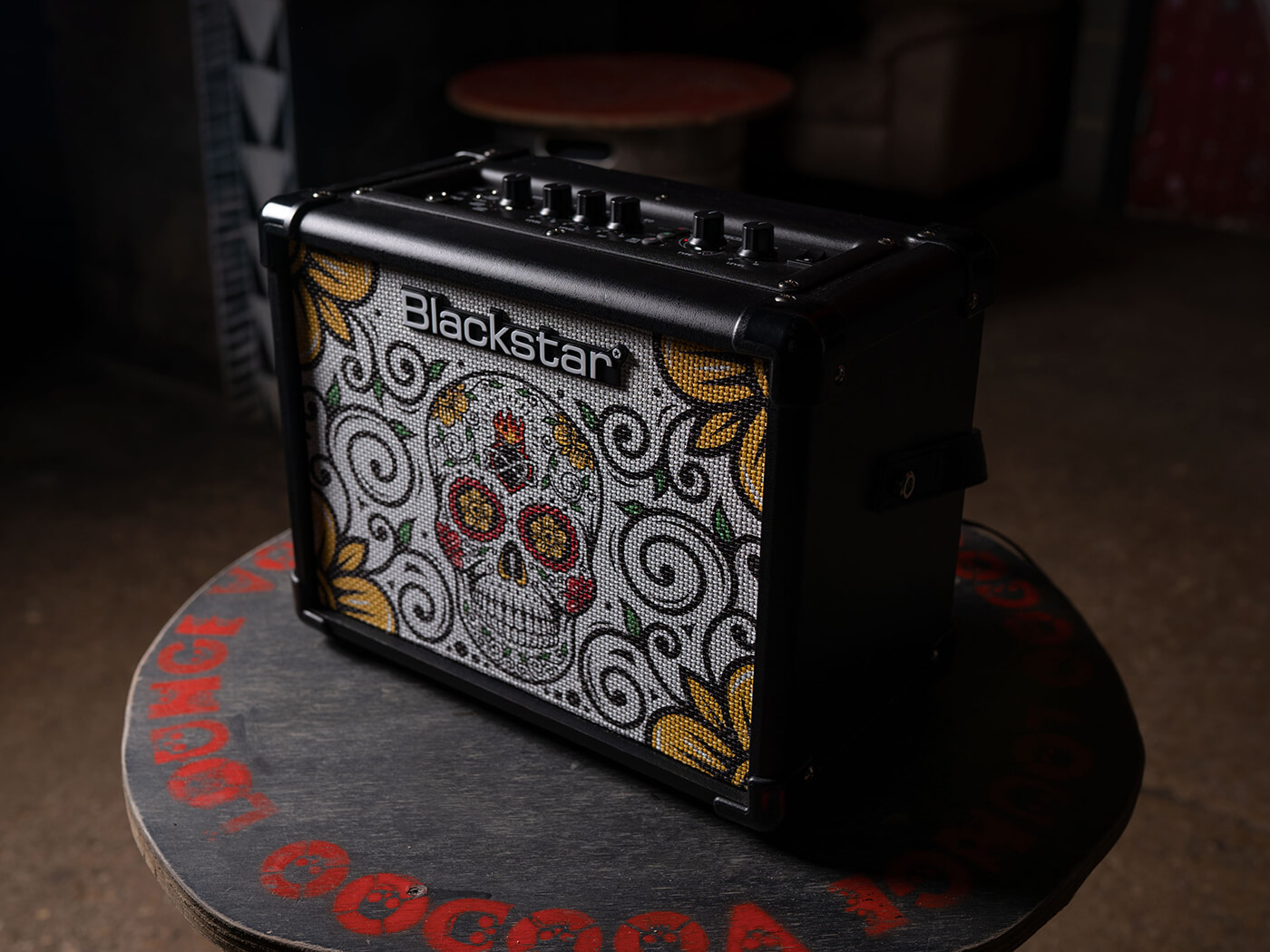 Halloween may be over, but that doesn’t mean it’s the end of treats. Blackstar Amplification has unveiled the ID:CORE 10 V2 Sugar Skull, a special edition of its popular 10-watt practice amp.

Inspired by the Calavera used in the Mexican celebration of the Day of the Dead, this special edition of the 2x5W ID:CORE 10 features a striking Sugar Skull design on the grill cloth. Apart from its aesthetic upgrade, the new amp retains all of features from the standard version. Here’s a quick look at some of them:

The amp’s patented Infinite Shape Feature (ISF) function allows for a unique manipulation of its EQ. In place of a conventional three-band equaliser, the ISF control works by shaping the overall contour of the amp’s sound and allows you to blend certain aspects of its tone. Turning the control completely counter-clockwise scoops the mids and gives your sound an American vibe, while dialling it the other way evokes a decidedly British character, with its punchier midrange and top end.

The Voice function of the ID:CORE 10 V2 Sugar Skull contains a selection of six classic-sounding channels, ranging from warm cleans to crunchy overdriven tones, further enhanced through the use Super Wide Stereo technology. There is also an array of 12 built-in stereo effects to choose from, including delay, modulation, reverb and a new envelope filter. An onboard tuner is also built into the circuitry of the ID:CORE 10 V2 Sugar Skull to ensure dead-on accuracy.

Bedroom guitarists will appreciate the amp’s stereo MP3/line in and speaker emulated line out for both jamming and recording. Up to six different sound profiles can be stored within the ID:CORE 10 V2 Sugar Skull, and a free Insider app allows for an even greater level of tweaking. USB 2.0 connectivity for audio is also supported for pro recording capability. Utilising just the preamp out makes it easy to add effects and cabinet emulation in your DAW.

More information can be found at blackstaramps.com.