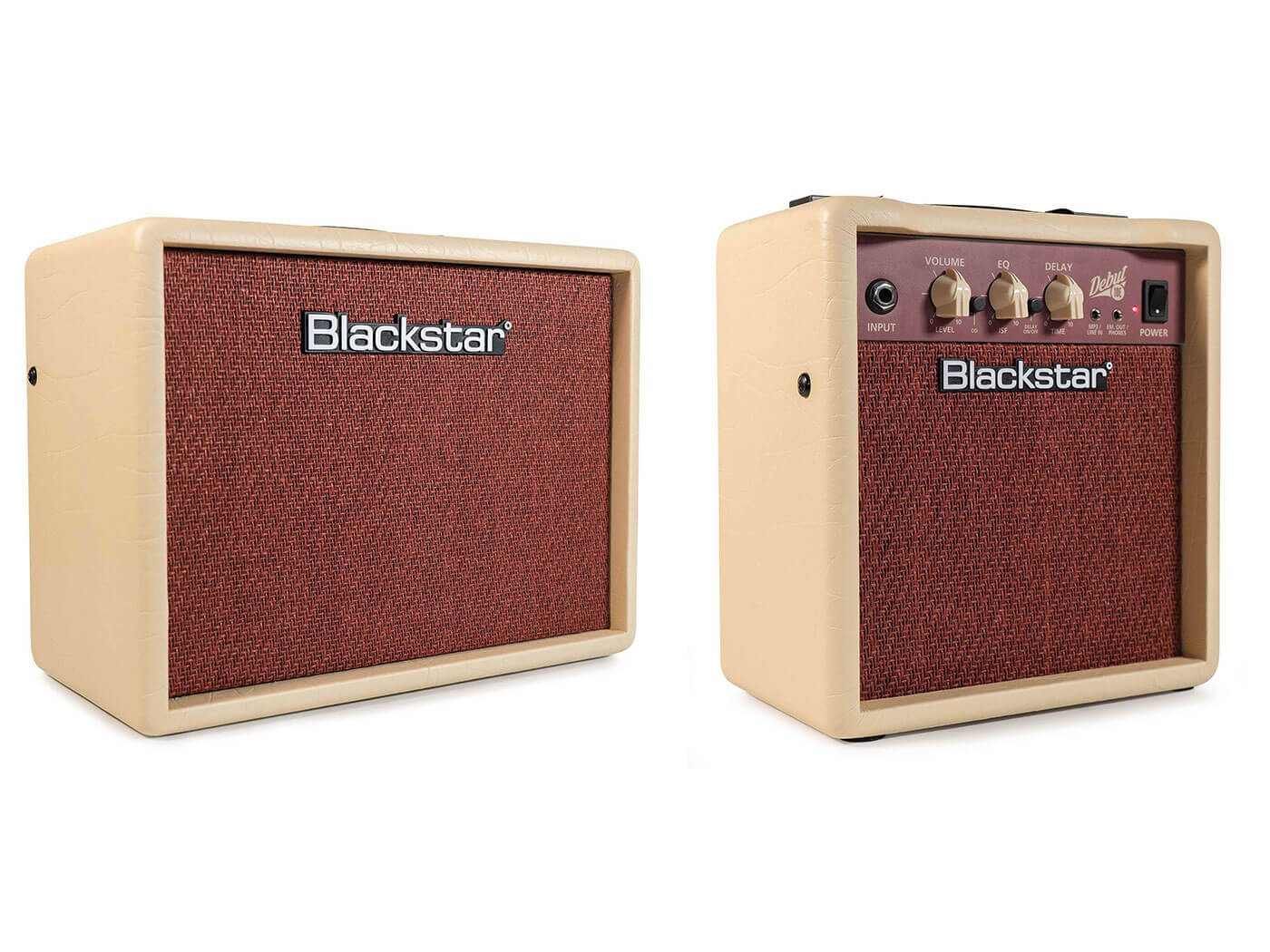 Blackstar has launched a new range of beginner practice amplifiers, the Debut 10E and the Debut 15E. The two models are, as their names imply, rated and 10 and 15 watts of solid-state power respectively.

Both amplifiers feature Blackstar’s signature ‘ISF’ control, which works in tandem with the EQ settings of the amp to voice it towards either a British- or American-style amp tone.

The amps come with a subdued vintage aesthetic, with a brown speaker grille, cream coverings and chicken-head style knobs.

In terms of controls, the 15E features gain, volume, tone and ISF knobs, as well as a time control for the onboard delay. It’s a panel layout very similar to Blackstar’s Fly 3 series of amplifiers. The 10E features just a volume, ISF and delay time control. Both have push-button controls to engage overdrive and delay, as well as line-in and headphone out eighth-inch jacks. Notably, both are stereo, with two three-inch speakers loaded in each.

Hear the amps in action with Blackstar’s demo below.

The two amps will list for $79 and $99 for the Debut 10E and the Debut 15E respectively. Find out more at blackstar.com. For more gear news, click here.