These include new delay, drive, modulation and utility units. 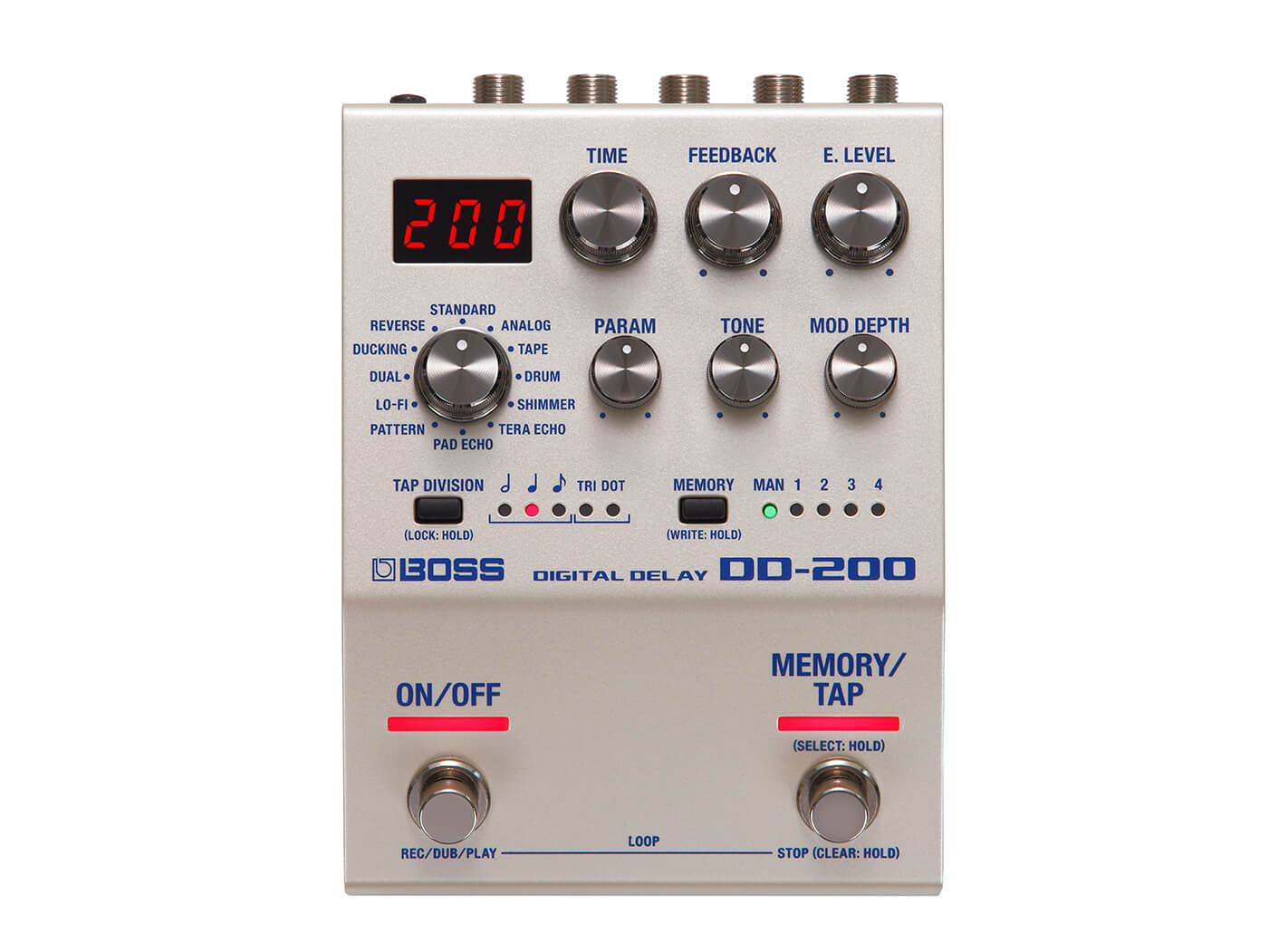 Boss has launched a new range of pedals called the 200 series, which comprises feature-packed units in pedalboard-friendly packages. The four forerunners of this line include a delay, a drive, a modulation and a utility unit.

According to Boss, these pedals will also offer premium audio quality, thanks to a network of high-grade internals, namely 32-bit AD/DA, 32-bit internal processing, and 96 kHz sampling rate.

They will also feature Boss’ grab-and-go controls, customisable footswitches as well as MIDI and external switch/pedal compatibility. And the icing on the cake is digital memory storage, which lets you save favourite presets for future recall.

Here are the details on each pedal: 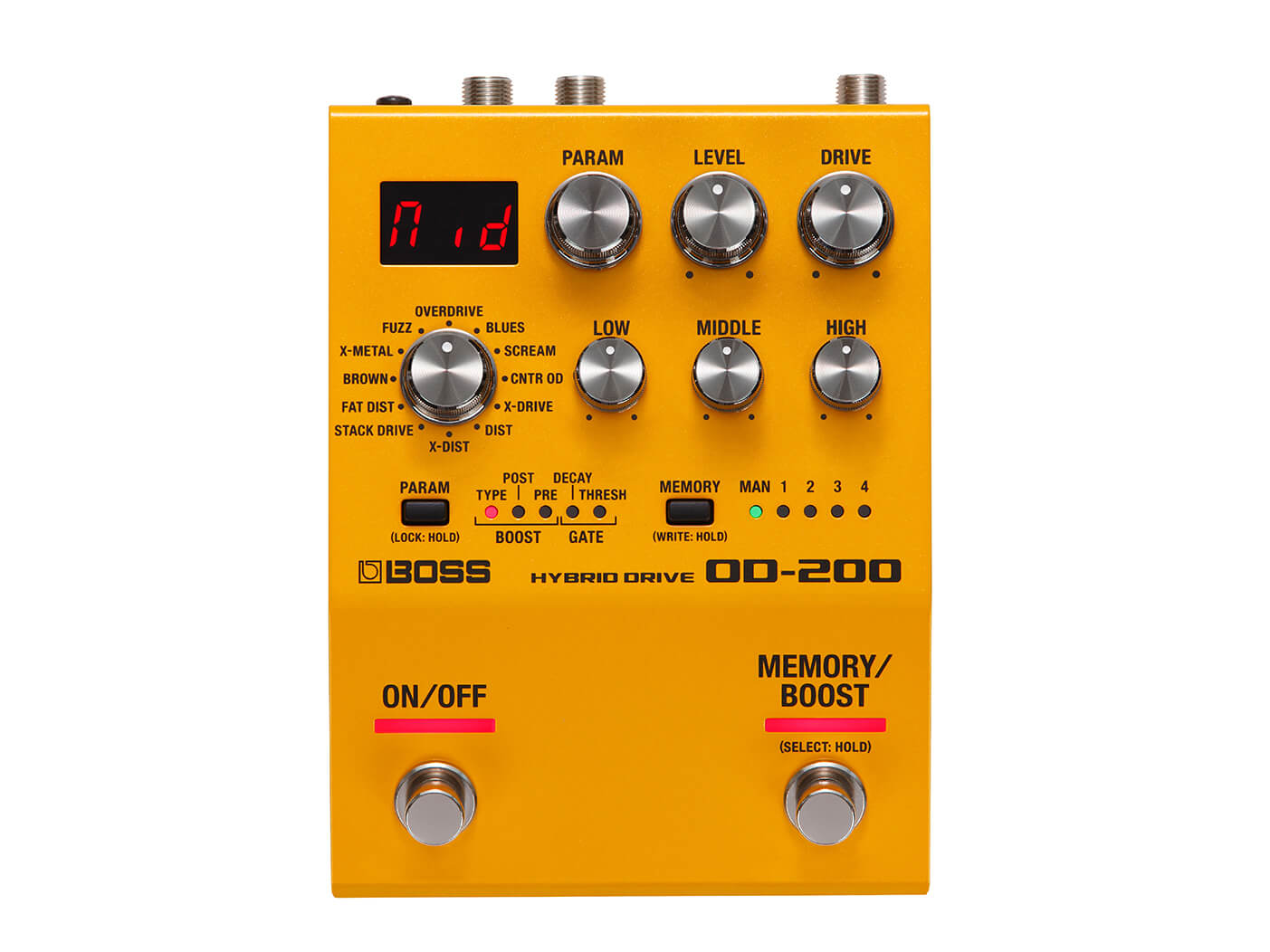 As its name suggests, this dirt box serves up a range of overdrive and distortion colours. It boasts 12 selectable modes – a similar format to the pedal above – that get their tonal flavour from a hybrid analogue/digital circuitry. Unique to this drive pedal is what Boss calls an in-built “advanced gate circuit”. This component has two benefits: it helps to mitigate noise and also increases the tightness of those high-gain drive tones.

On top of the 12 drive modes, the OD-200 also offers pre- and post-boost options and a three-band EQ for precise tone tailoring. 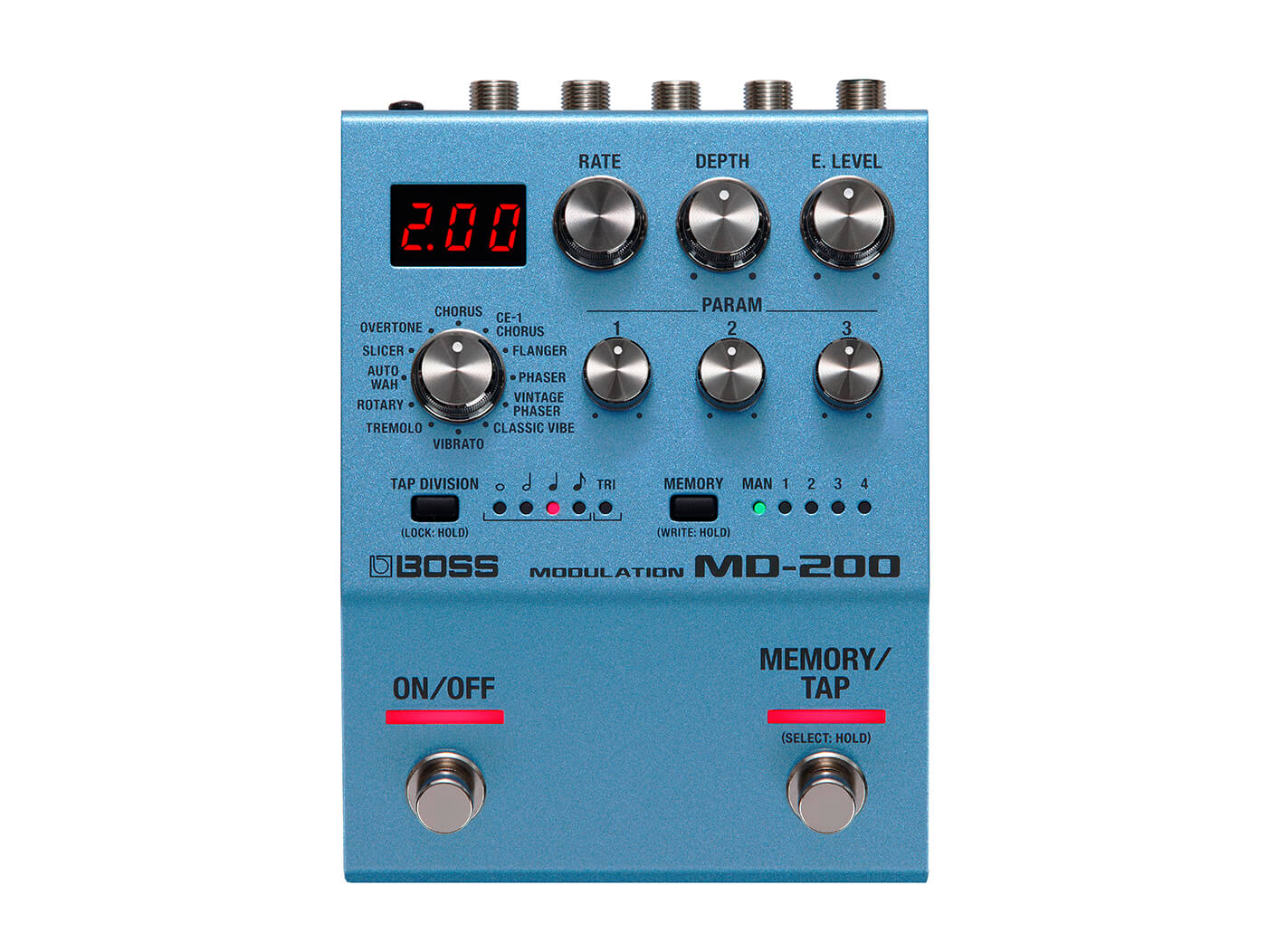 This stomper also features a 12-mode format. Its highlights include modulation staples like chorus, flanger, rotary, tremolo and phaser, but interestingly, the pedal also features a CE-1 Chorus mode, which has a similar warbly pattern as its famed namesake. The less common mod effects on offer here comprise auto wah, overtone and the uniquely named Slicer.

As for controls, the MD-200 sports six knobs: rate, depth and level as well as three parameter knobs that take on different roles in various modes. Rounding out the pedal’s features is an insert function that lets you connect the pedal to external effects for “selectable pre- or post-processing”, according to Boss. 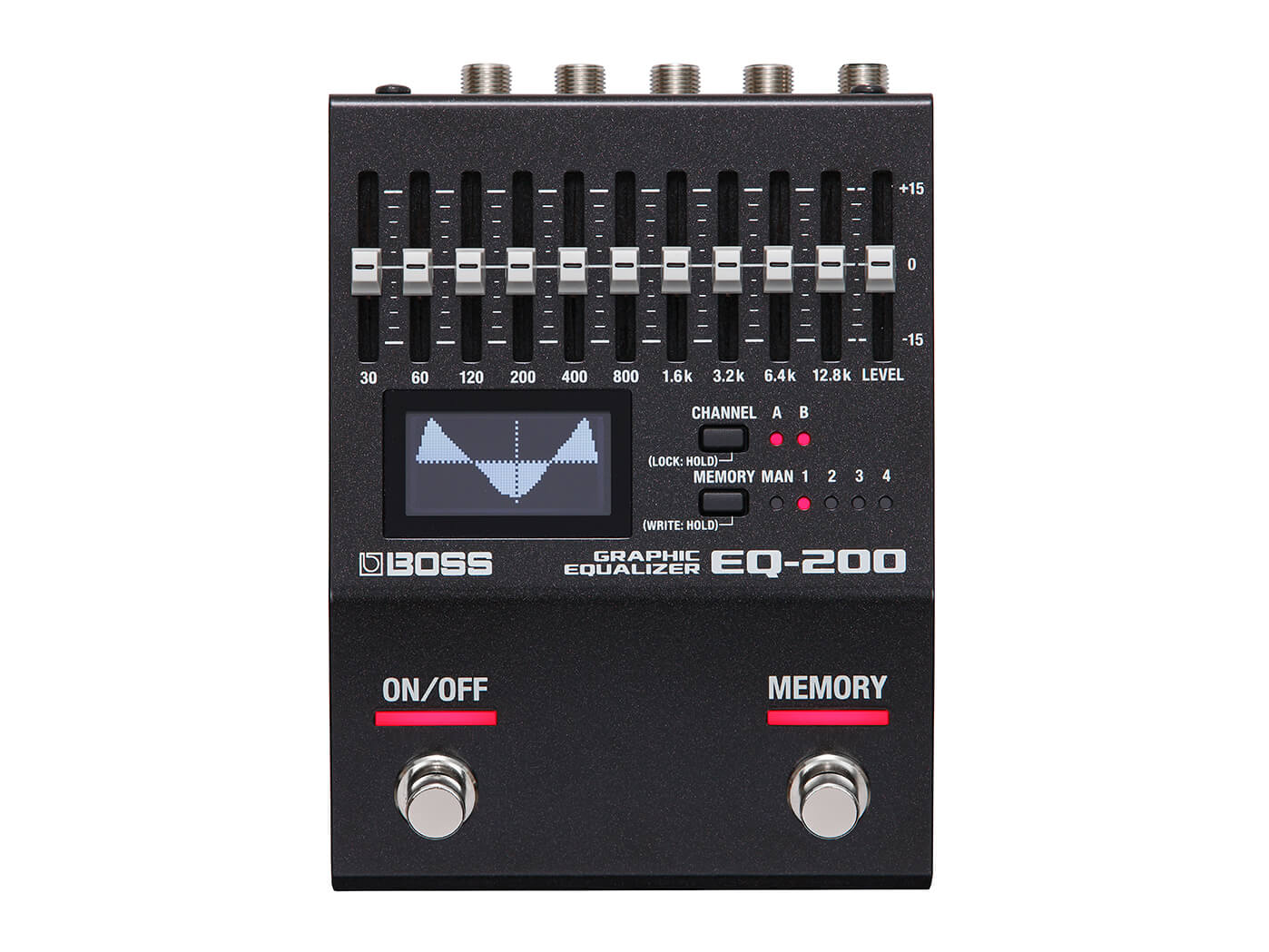 This utility pedal is designed for precise tone-shaping. At the stomper’s core are 10 EQ channel bands and three frequency centre types, the latter of which lets you tailor the EQ-200 to any playing style. Besides its EQ bands, this equaliser features a neat graphic panel that displays the EQ’s curve.

The pedal also comes with two channels – A and B – that can be tweaked to different modes of operation: stereo, parallel or series. And similar to the MD-200, this equaliser has a patch-in function that lets you connect external pedals for pre- and post-EQ shaping.