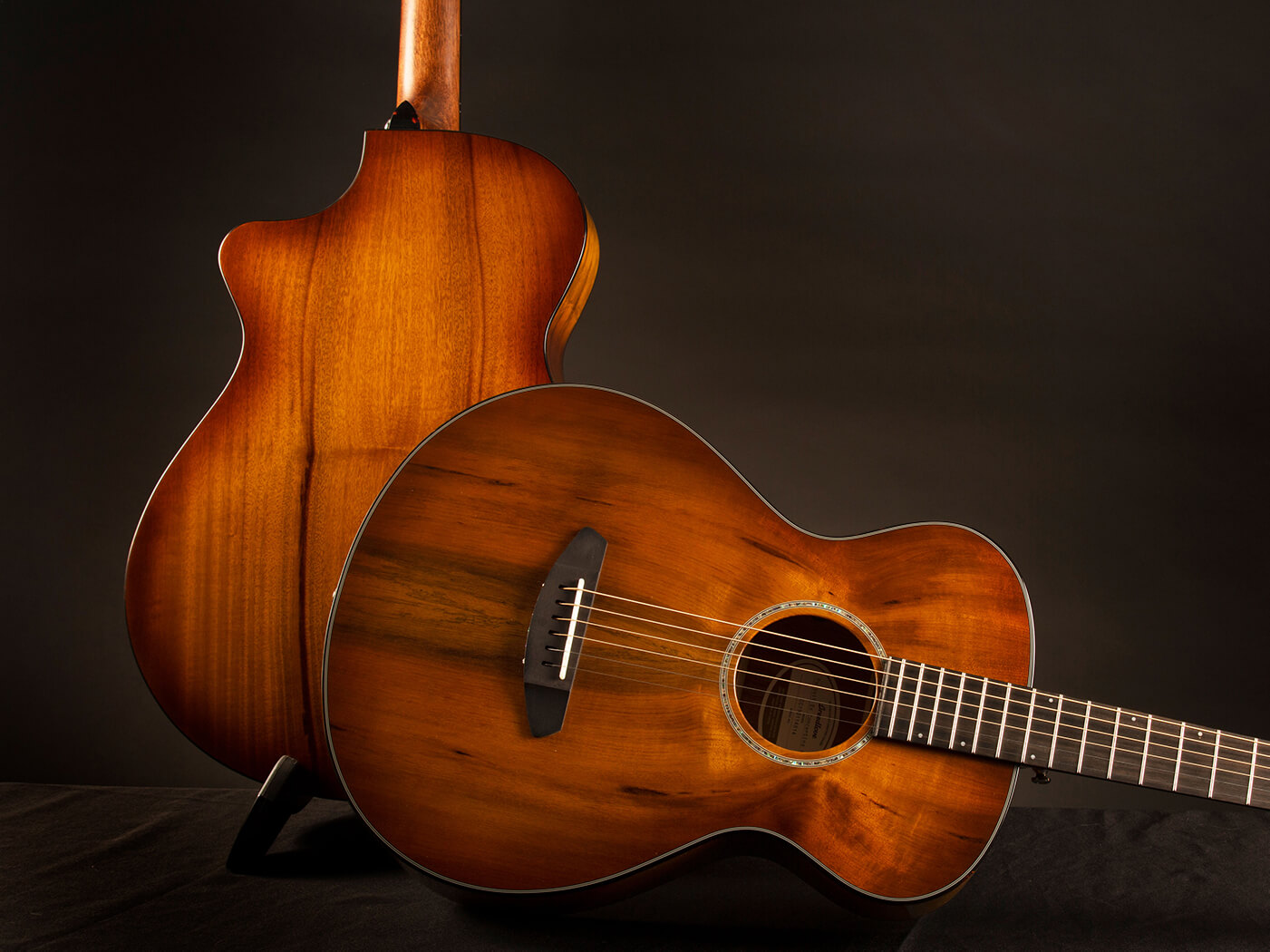 Breedlove has expanded its Pursuit line with three acoustic-electric guitars: the Concertina, Concert and Concerto. All featuring stunning myrtlewood with Prairie Burst finishes, these eye-catching instruments are designed for beginners, touring musicians and session players alike.

Sourced from the Oregon coast, myrtlewood is voiced uniquely, combining the sonic properties of East Indian rosewood and maple: clear bass, mids and highs. While all three guitars feature mahogany necks, the Concert has an ebony fingerboard, whereas the Concertina and Concerto have African ebony fingerboards.

The instruments’ names correspond to their body size, with Concerto being the largest and Concertina the smallest. The three guitars differ in design as well: you’ll find cutaway shapes on both the Concert and Concerto – intended for easier access to upper frets – and an OM-like contour on the Concertina for a more rounded appearance.

Zooming in on the Concertina, this model is tailored to those who have a lighter playing touch but still require a degree of projection. Breedlove also claims that the guitar’s 12-fret to body design primes it for nuanced sounds, tonal complexity and enhanced comfort.

Each of the three acoustic-electrics is fitted with an LR Baggs EAS undersaddle pickup, which is engineered to be both great-sounding and dependable.

Check out an introduction to Breedlove’s new series below: