Featuring all of the unique mods that Mason has on his ‘67 Tele. 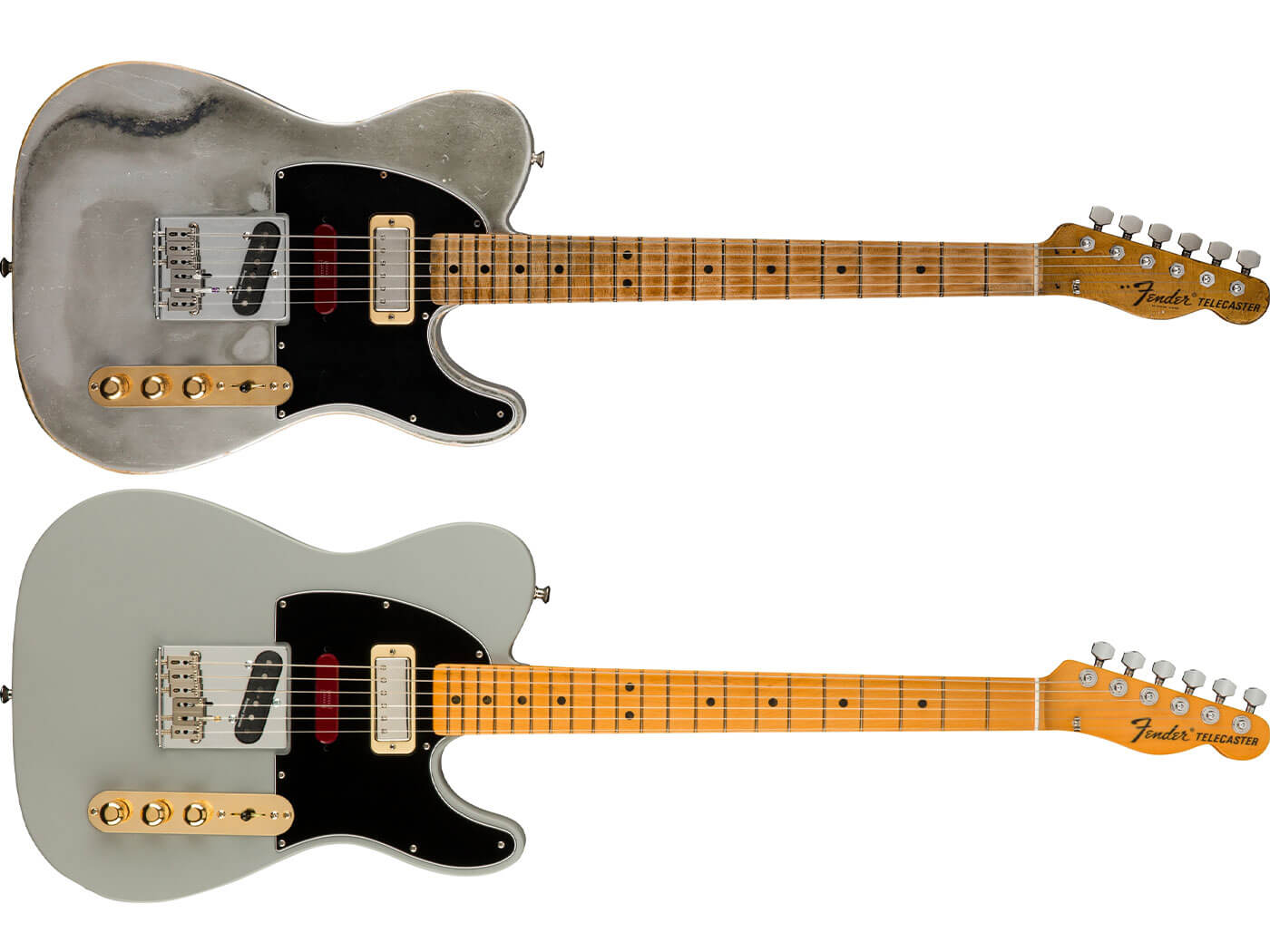 Fender has launched a signature Telecaster for guitarist Brent Mason, as part of its Stories Collection of artist models.

At first glance, it’s clear the guitar isn’t any ordinary Telecaster. Most obvious is the unique pickup loadout – namely a Seymour Duncan mini vintage-voiced mini humbucker in the neck position, a Hot Stack in the middle, and a Vintage Stack in the bridge position. These are controlled by a three-way switch, two volume controls and a push-pull master tone. The push-pull action engages an alternate switching mode, allowing you to include the middle pickup in whatever position you’re in. The secondary volume control is a dedicated one for the middle pickup, meaning you can blend between a classic Strat and Telecaster.

One feature that doesn’t reveal itself until you’re up close is the Joe Glaser B-Bender system, used by pulling down on the strap. There’s an alternate strap button if you want to avoid using it.

Brent Mason is an incredibly prolific session guitarist, featuring on over 1,000 albums by those such as Dolly Parton, Blake Shelton, Shania Twain, Alan Jackson, Carrie Underwood and Willie Nelson. He acquired the 1960s Telecaster that inspires this signature model in the 1980s – it was in a Nashville guitar shop and had been refinished in a grey car primer. The Brent Mason model is true to this finish, and also features the same Ash body, a late-60s C-shaped neck with a 7.25-inch fretboard radius. Other appointments include Sperzel locking tuners and locking strap buttons.

The production line version of the guitar lists for $2,499. Find out more at fender.com.

The guitar also comes in a Custom Shop version, having been painstakingly recreated by Master Builder Kyle McMillin – with an attention to detail that Fender says makes it “impossible to decipher from Brent’s original.” This version is limited to 60 pieces.  Find out more about this version at fendercustomshop.com.

Take a look at Fender’s demo of the guitar below: