The 1933 National Duolian resonator has a special place in blues history. 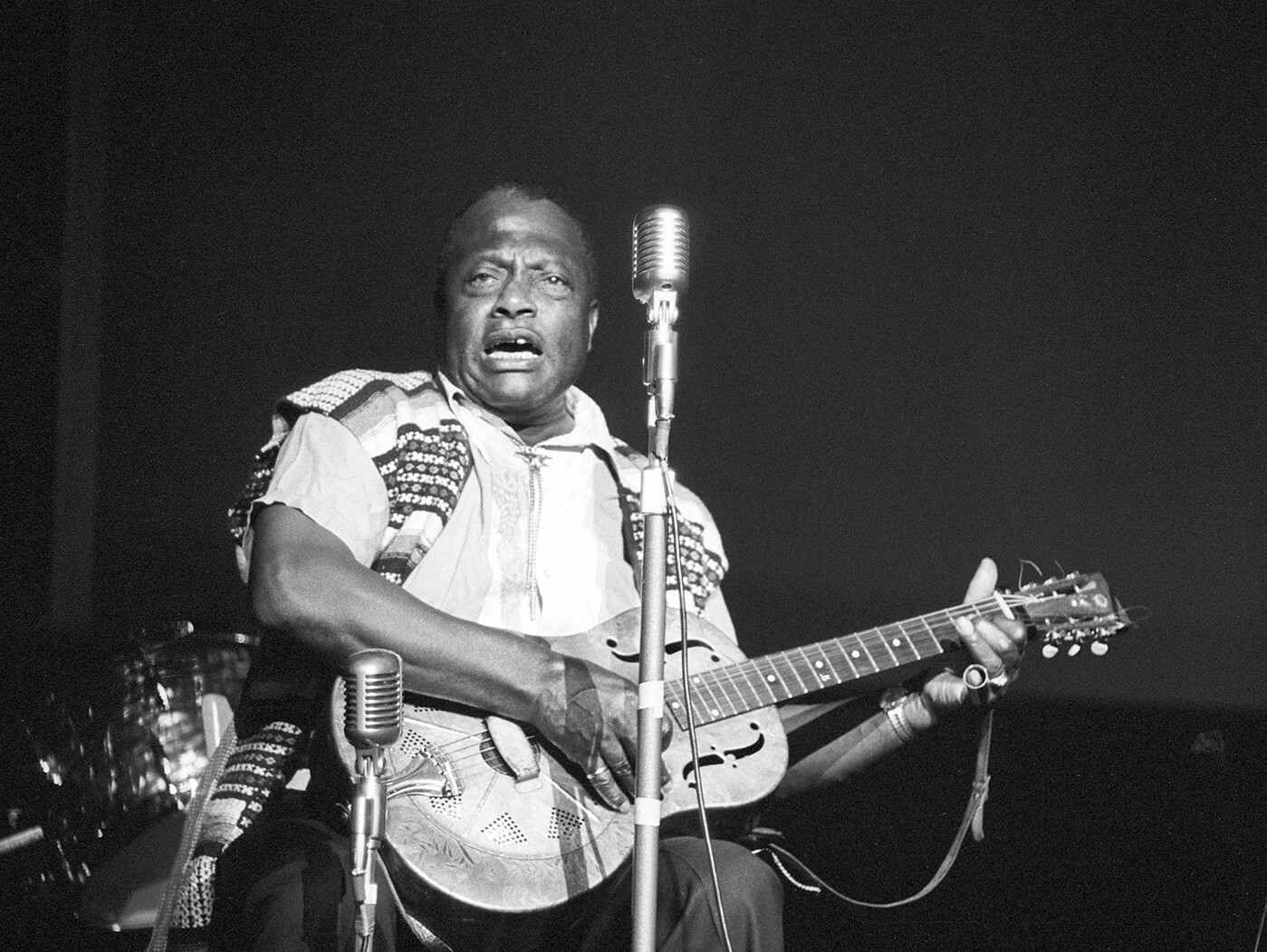 Booker “Bukka” White’s famed 1933 National Duolian resonator guitar will be up for auction for the first time next month, at Bath’s Gardiner Houlgate. Known as ‘Hard Rock’, the instrument was a mainstay in the American Delta bluesman’s collection for over 30 years.

In 1976, White sent the guitar to English photographer, Keith Perry, who was based in Newcastle, England. The pair had previously met at a blues festival in 1967, and kept up a correspondence for a period of time. Since then, the instrument has been played by a host of iconic guitarists, including BB King – who described the guitar as a ‘holy relic’ – Mark Knopfler, Don McClean, Brian Johnson, Bill Wyman and Lonnie Donegan.

The guitar is reckoned to be the only authenticated White-owned piece to surface in the market, and possibly the only one of White’s still around.

The hammer is expected to fall on Hard Rock at a price ranging from £80,000 to £120,000. Included in the auction are White’s case – with a handwritten tag – as well as some of his metal slides.

For more info on the upcoming auction, head over to gardinerhoulgate.co.uk.