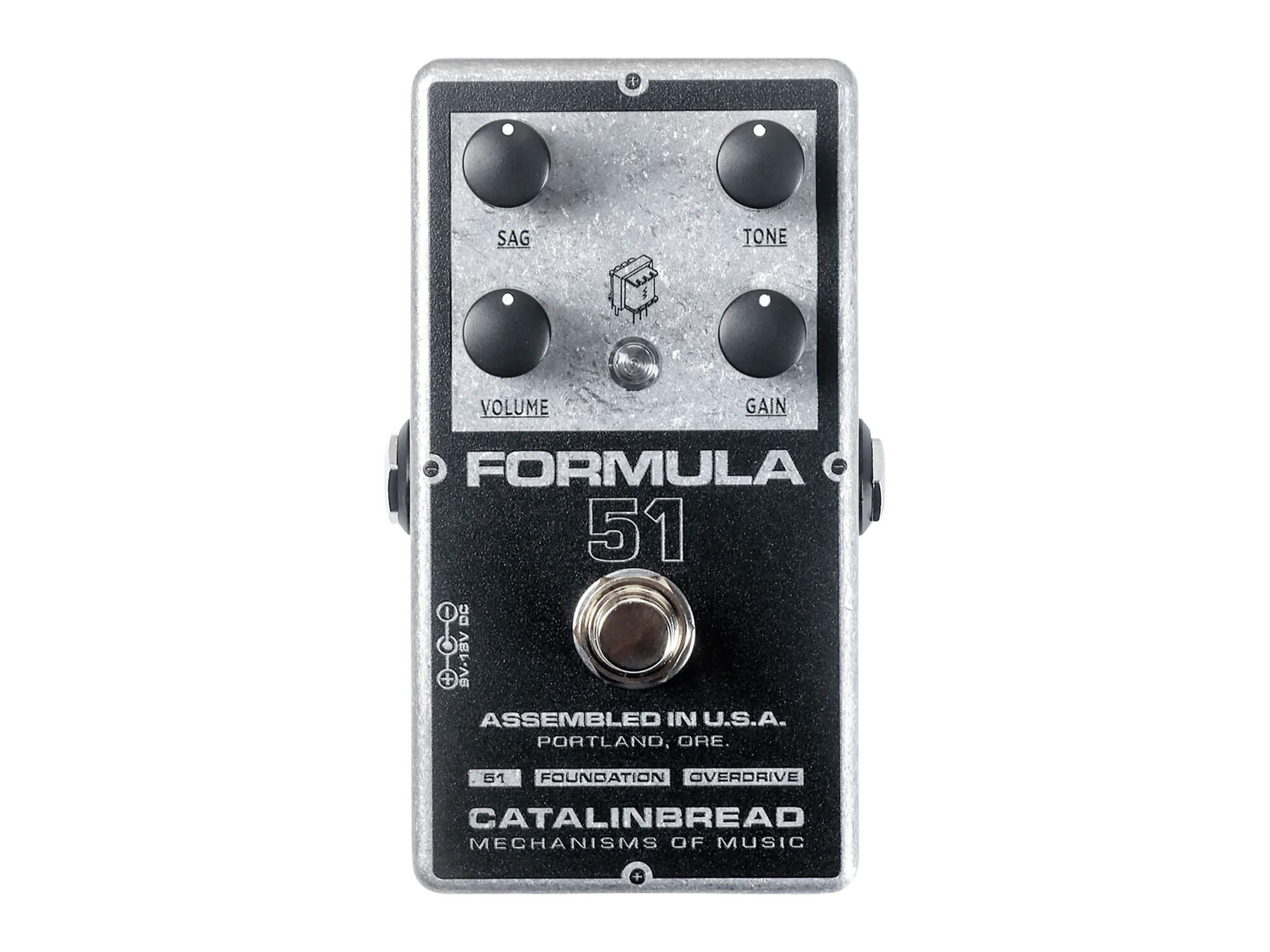 Catalinbread has announced the Formula 51 overdrive pedal, which pays homage to the late-50s iteration of the Fender Champ amplifier famously played by Duane Allman, Eric Clapton and Neil Young.

The Formula 51 shoots to condense Fender’s 5F1 Champ amplifier circuit into a compact stomper, offering a preamp, a discrete power amp simulator and an output transformer with four intuitive controls at your disposal.

The Sag control helps conjure the spirits of compressed, blown-out tubes, while the Tone knob is a mid-scoop, from the Framus Cobra amp, that aligns the pedal’s sound closer to the black panel Champs of later eras. You can also run the Formula 51 at both 9v or 18v, the latter for increased headroom.

Hear the pedal in action in Jay Leonard J’s playthrough below:

The Formula 51 is sold on Catalinbread’s website for $179.99 each, with a three-year warranty.