“The versatile and affordable guitar pedal from the future” gets an update. 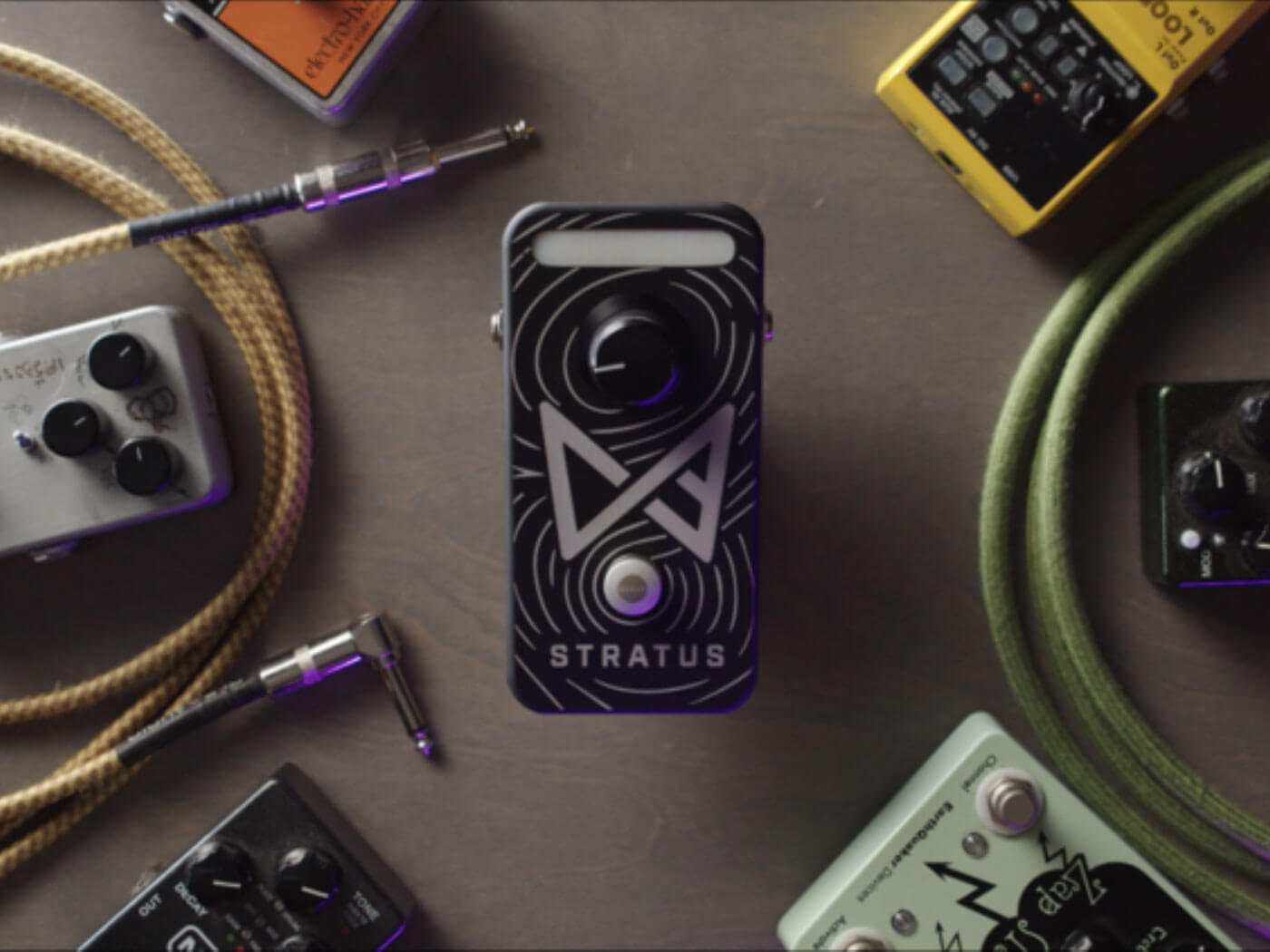 After an initial unsuccessful Kickstarter campaign late last year, Chaos Audio has re-launched a new version of the Stratus, its Bluetooth-enabled multi-effects stompbox. This second round of funding has successfully reached one hundred per cent of its goal in less than a day.

The brand has introduced a number of reworkings to the pedal, but the core approach has remained largely unchanged. The hardware itself is minimalistic, sporting only a single footswitch and knob on its face, with side-mounted jacks for audio and a pedal power socket and a USB-C data port on the rear.

The knob doubles up as a control for the onboard looper, as it can also be stomped on like the footswitch to start recording, playback or overdubbing.

While the pedal promises multi-effects functionality, there’s no onboard editing aside from the control knob. There’s also no screen as you would find in multi-effects units such as the Line 6 HX Stomp, only an LED strip along the top for visual feedback. Users have to connect a smartphone – either iOS or Android – to the Stratus to access in-depth tone editing.

Using the Chaos Audio app, you can then chain up to five effects together. Right now, the selection includes some effects taken from brands – such as the Electro-Harmonix Screaming Bird treble booster and the Dunlop Fuzz Face, as well as some generic effects such as a reverb, delay and phaser. The current selection includes 15 effects in total.

Notably, Chaos Audio’s product page makes no mention of cabinet simulation or impulse responses, which have become commonplace in multi-effects units. It does note that “many more” effects are to come, and that the connectivity of the app allows for firmware updates and new effects to be added. The brand describes it as “like the App Store… in a stompbox.” It’s not known at present whether that means some extra effects will need to be paid for.

The pedal is available to preorder now via Kickstarter, for a limited discounted price of $269. The Kickstarter page itself says the product is estimated to arrive in November 2021, while a roadmap Chaos Audio has provided estimated shipping to begin in December 2021.