Get Pink Floyd-style delays with the Cicognani Engineering Pompeii PE603

It’s based on the Binson Echorec P.E. 603, famously used by Led Zeppelin and the Shadows. 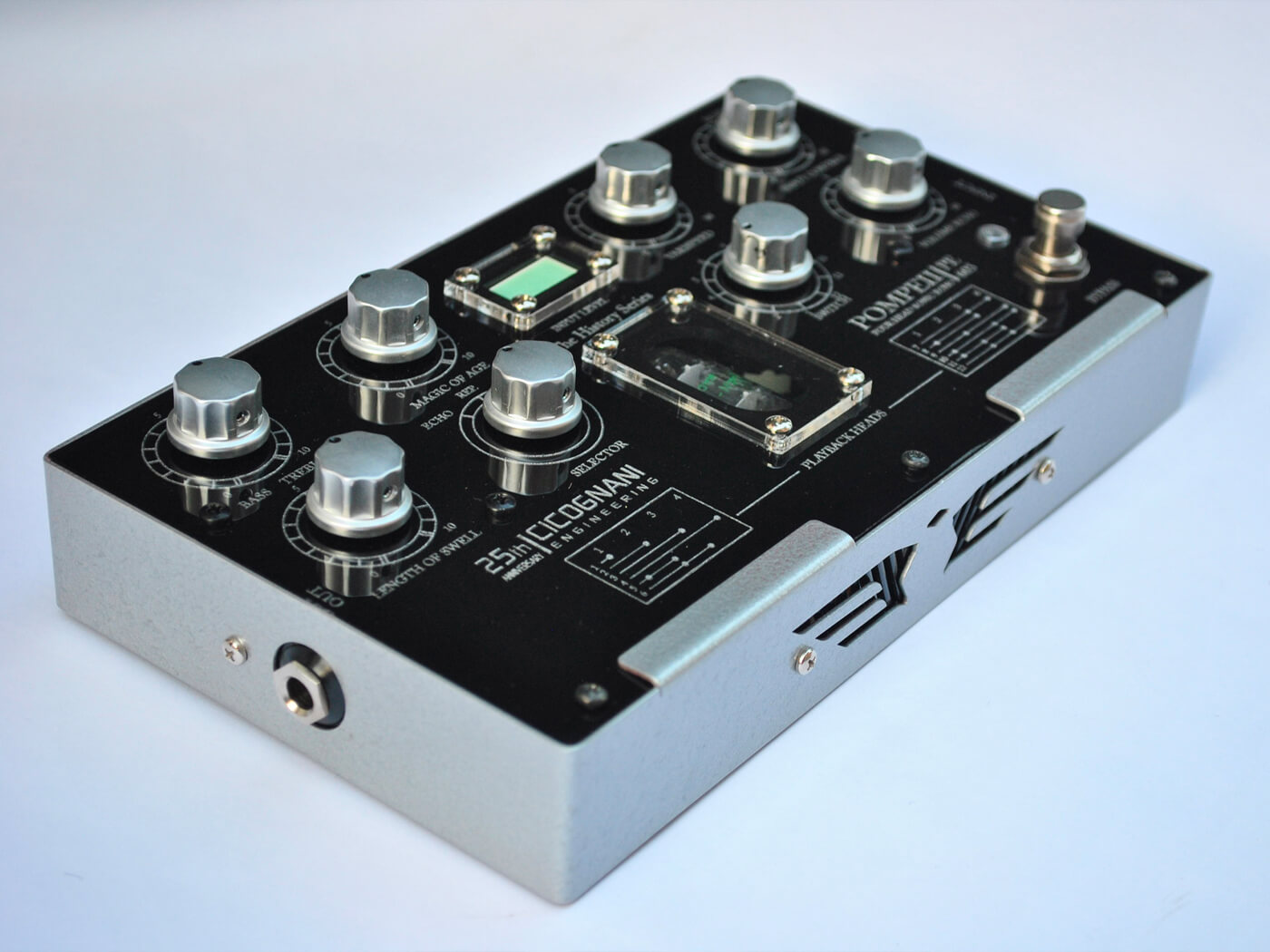 Italy-based Cicognani Engineering has launched the Pompeii PE603, a tube-equipped multi-head echo pedal. The device is a modern take of the Binson Echorec P.E. 603 famously adopted by bands such as Pink Floyd, Led Zeppelin and the Shadows in the 1970s.

The Pompeii scales down the vintage Binson device to a mid-sized pedal, while still offering most of its core features.

A 12-position rotary switch – modelled after the original’s – lets you choose from different “tape-head” combinations that offer multi-tap and beat-split delay effects. With the carefully recreated feedback and tone circuits and controls, players can craft the same lush and otherworldly delay sounds of which the original is known for.

There’s also a 12AU7 vacuum tube onboard, which is said to provide the signal a balance of warmth and transparency.

The Pompeii also has a knob dedicated to the classic “varispeed” mod, in which the original’s tape motors can be sped up or slowed down to achieve interesting and experimental effects. The Pompeii replicates the effect through circuits, offering up to 740ms of delay on tap.

Take a listen to the pedal in action below:

The Pompeii PE603 is available now at $549. Learn more at Godlyke.com