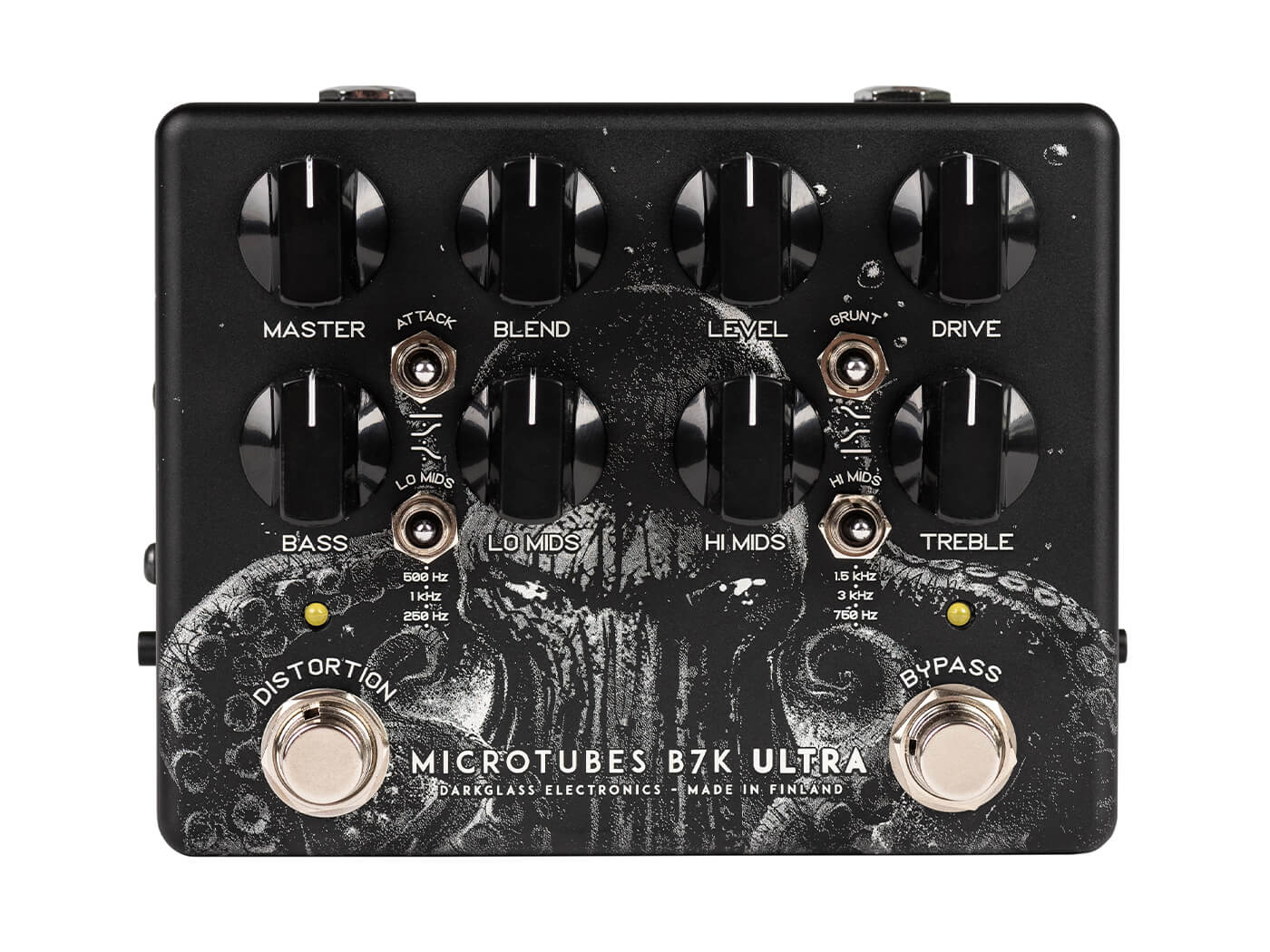 The new artwork evokes a sense of thalassophobia and depicts a creature reminiscent of Cthulhu, the cosmic entity and subject of H.P. Lovecraft’s 1928 short story The Call of Cthulhu.

Apart from the new look, the pedal’s guts remain largely the same, featuring a microtubes dynamic saturation circuit, and independent bypass and distortion footswitches that allow the pedal’s onboard EQ to be engaged separately.

For tone sculpting, there’s a four-band EQ with six selectable mid-band frequencies. Along with this are an Attack switch, which can be used to emphasise or de-emphasise treble content and presence, and a Gunt switch, which lets players decide between three different bass boost levels that happen before the clipping stage.

The pedal also packs IR cabinet loading capabilities, with the ability to switch between different models via USB and a packaged software. Only one cabinet can be loaded onto the pedal at a time, and this is switched on or off with a switch labelled “Cab Sim”.

In the master section, there’s a master volume control, as well as a blend knob that lets players mix the pedal’s wet signal against the dry instrument signal.

As for I/O, the Squid has a quarter-inch instrument input, an aux input for backing tracks, a headphone output, and both balanced XLR and quarter-inch output sockets.

“The Squid” Microtubes B7K Ultra V2 bass distortion pedal releases “this week”. It lists for £399, and will be limited to just 1,000 pieces.