A signed model limited to only 100 was also available but has already sold out. 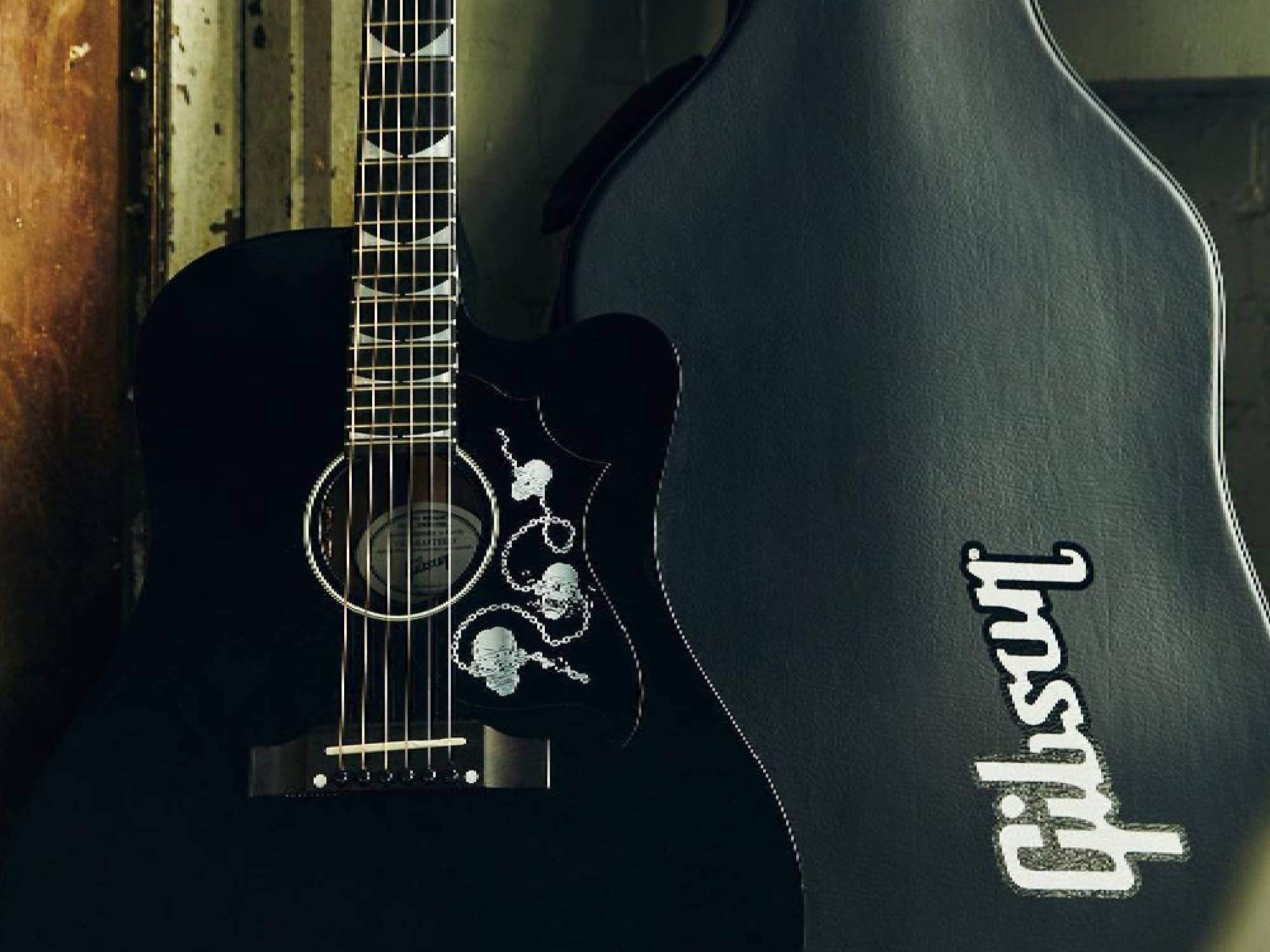 Megadeth founder Dave Mustaine and Gibson have teamed up to create the brand’s first 24-fret acoustic guitar as part of the Dave Mustaine Collection.

The ebony Gibson Songwriter acoustic guitar features mother-of-pearl inlays, a walnut body that’s slightly thinner than other Songwriter models, and a deep cutaway for better fret access – as one would expect from a metal-minded acoustic guitar.

The guitar comes in a standard model that retails for $4,499 and comes with a hardshell case. A signed model, limited to only 100 copies, was also available but has already sold out at the time of writing.

Mustaine recently went viral when he blasted a security guard for what he considered as intervening with the crowd at his show in Nashville, USA.

“I’m sorry, you guys. It’s just I don’t want your show to be fucked with by a bunch of fucking people that don’t know why they’re here,” Mustaine told fans, telling the guard he would have him sent off from the mosh pit if he didn’t stop.

At a previous gig in April, Mustaine admitted to urinating on the bathroom floor of The White House, and apparently, he felt he absolutely had to do it.

Megadeth are currently on tour with Lamb Of God and if you’d like to get in on the action (and it looks as though there’s never a dull moment) tickets are available here.