The partnership between Mustaine and Gibson has thus far produced his Gibson Flying V, a Gibson acoustic and an upcoming Gibson Explorer signature range. 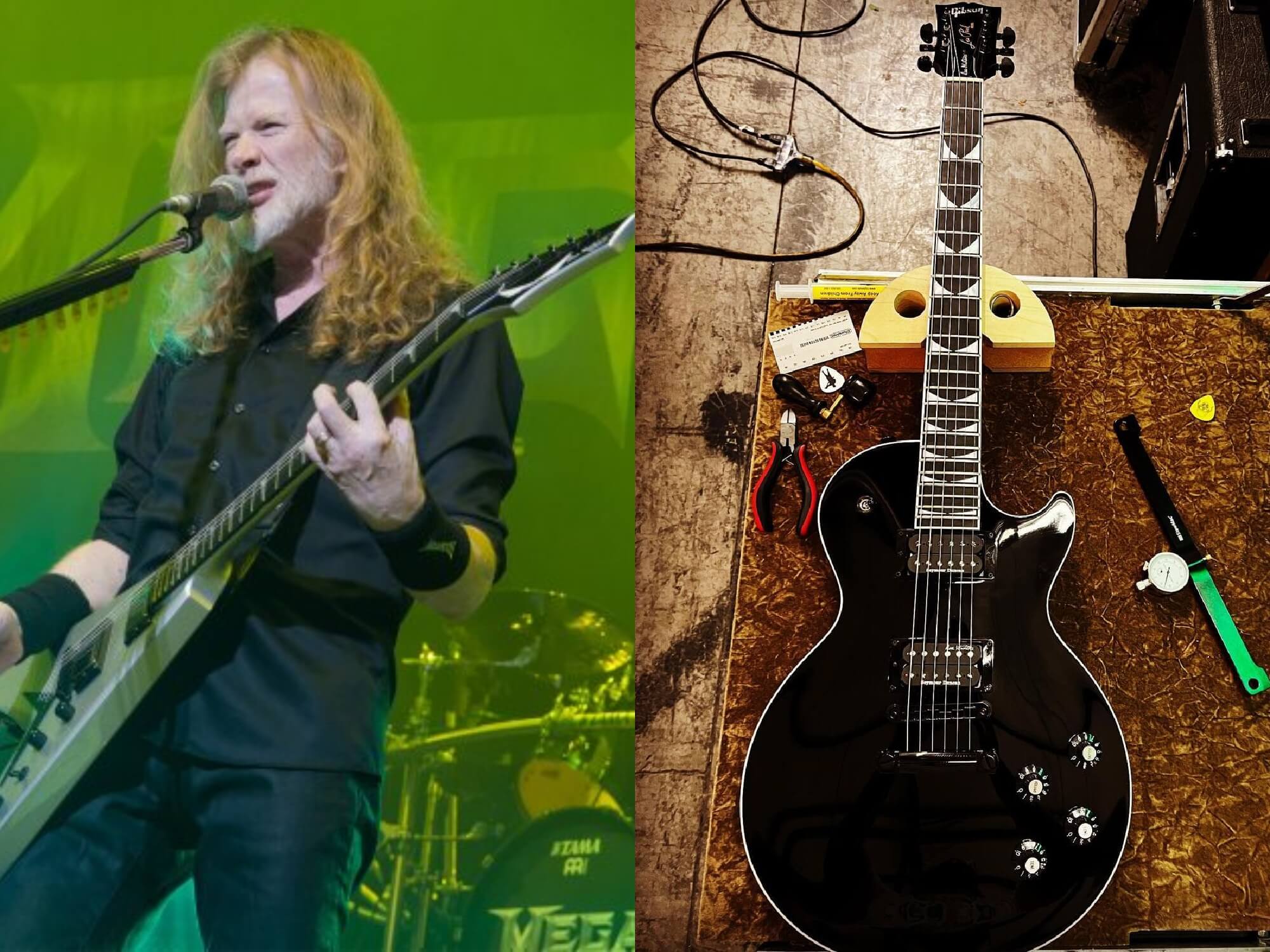 Dave Mustaine‘s guitar tech seems to have given fans a first look at a Mustaine signature Les Paul.

Gibson’s Mark Agnesi was also spotted in the comments of the post, opting for a cryptic popcorn emoji.

At the time of writing, there’s been no indication if the alleged guitar is be one for widespread release, or if it’s a one-off custom model for Mustaine.

Multiple Mustaine-related releases have been hinted at by Gibson, with Brand President Cesar Gueikian teasing what appeared to be an Epiphone version of the Dave Mustaine Flying V. Teasing fans with the caption “Epi-c guitar”, Gueikian’s post only showed the back of the guitar’s neck and headstock, with a silhouette of Mustaine clearly visible on the back of the headstock.

Mustaine himself teased new Explorer signature models as well as a USA-made Kramer in a recent Instagram post. In the caption, he referred to the Explorer range as “The third horseman” of his collaboration with Gibson, adding, “One more to go.”

The partnership between Mustaine and Gibson has thus far produced his Gibson Flying V, a Gibson acoustic and an upcoming Gibson Explorer signature range, with Gibson previously revealing back in February that Mustaine would also be getting signature models from Kramer and Epiphone.

Mustaine recently revealed a previously unknown story about Metallica’s Master of Puppets, claiming that Lars Ulrich actually wrote the track’s iconic intro riff. “Lars is a really great song arranger. And believe it or not, I watched him on a piece-of-shit acoustic guitar write the opening riff to Ride The Lightning,” Mustaine told an interviewer before humming a different riff.

When the interviewer pointed out that the tune instead sounded a lot like Master of Puppets. Mustaine responded, “Yeah, whatever that is. I don’t fuckin’ know their song names. I don’t listen to them.”