Gilmour's 1969 Black Stratocaster becomes the most expensive guitar sold at auction, with over $21 million raised at charity auction.

David Gilmour’s guitar collection raised a staggering $21,490,750 at the Christie’s auction today, with the guitarist’s famous Black Strat setting a new world record for the most expensive guitar ever sold at auction, fetching $3,975,000.

It was among 120 guitars in the Pink Floyd man’s collection that went on the block, with many of them setting new world record prices for their model. Gilmour had announced before the auction that proceeds of the would go towards charitable causes.

Earlier in the 127-lot sale, Gilmour’s other iconic Strat – the white 1954 ‘#0001’ model – briefly held the record for the most expensive Stratocaster sold at auction – with a final sale price of $1,815,000. The auction lasted over eight hours, and forced Christie’s in New York to open a second auction room to cope with the number of hopeful bidders.

It wasn’t just Stratocasters going for huge sums, either; practically every lot in the auction far outstripped their pre-sale estimated prices. Gilmour’s 1955 Les Paul in all-gold – used on the solo of Another Brick In The Wall (Part 2) – went for $447,000, setting a new world auction record for a Gibson Les Paul.

Acquired in 1984, Gilmour’s lace sensor-equipped Stratocaster – which he used for the following two decades as his main guitar – fetched the equally incredible price of $615,000, despite its high pre-sale estimate of $25,000. A fourth Stratocaster in the esteemed player’s collection – an example from 1984 once played by George Harrison – also fetched $212,500, while his beloved 1952 Blackguard Telecaster went under the hammer for a cool $150,000. 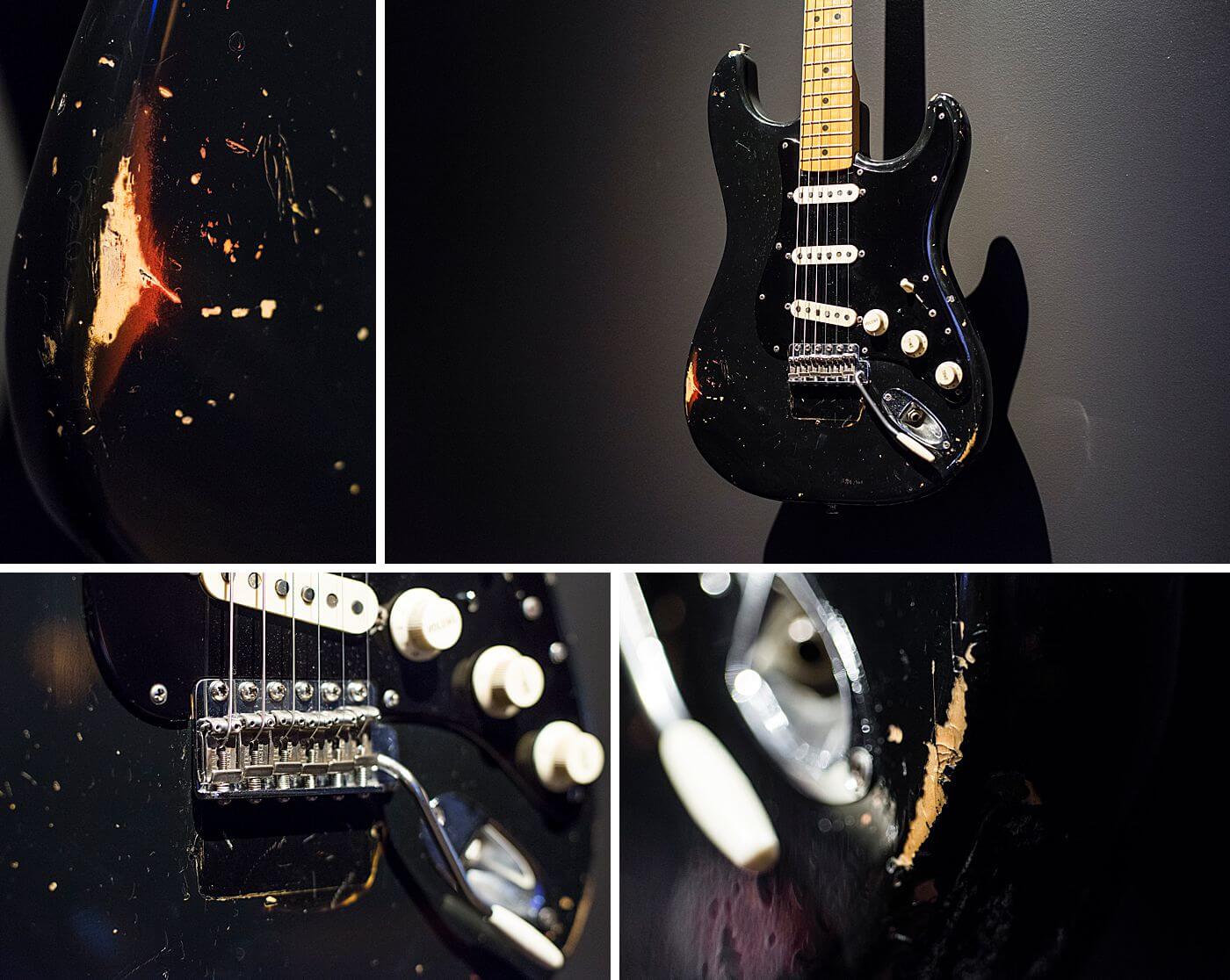 Alongside record auction prices for some of Gilmour’s more distinguished six-strings, the sale also niche instruments hit eye-popping prices. These include a 1974 Jedson lap-steel model, used for live performances of the Syd Barrett-dedicated Shine On You Crazy Diamond, which sold for $300,000, despite an estimate of just $2,000.

Ahead of the auction, the genius behind Dark Side Of The Moon spoke to Christie’s stating that the guitars have “given so much to me, it’s time for them to move on to other people who hopefully will find joy”.

Click here to see the full gallery from our visit to Christie’s prior to the auction.