Including artist models for Tom Bukovac and Jeff DaRosa of the Dropkick Murphys. 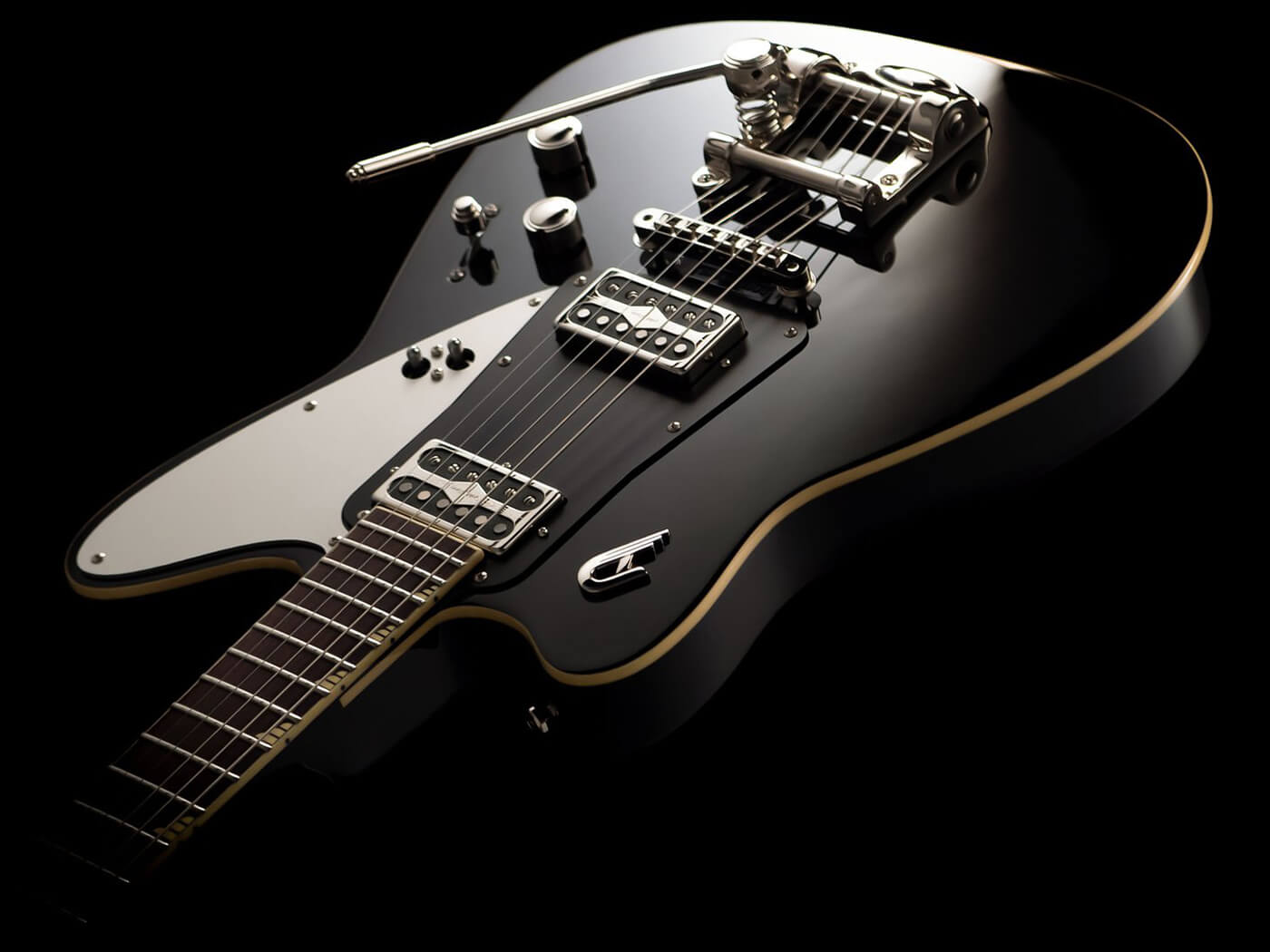 This solid-body electric introduces a new body shape from Duesenberg. The brand claims the Falken’s alder construction delivers a snappy response, improved sustain and feedback resistance. Meanwhile the guitar’s set maple neck has a medium D profile and is topped with an Indian rosewood fretboard with 22 jumbo frets.

The Falken comes loaded with two Split/King pickups, along with a dedicated switch for each. It also comes in either a fixed bridge configuration or one with a vibrato. The latter features Duesenberg’s Radiator Tremola. The Falken comes in black and with its own hard case.

This stripped-back electric comes fitted with a single Split/King pickup and a three-way selector to shift between single-coil, humbucker and “in-between” modes. Its chambered mahogany body keeps the guitar from weighing down your shoulders and also improves resonance. The Senior has all-Duesenberg hardware, from its Z-Tuners to its wraparound bridge.

The guitar comes in an all-over lacquer finish in Blonde or Black, and ships with its own hard case.

This versatile lap steel guitar boasts a plethora of hardware features that enhance playing and tone sculpting. Its two Split/King pickups route to a set of volume and tone controls, a three-way pickup selector and two Splt/King mode switches.

For handling key changes, there’s an integrated Capodaster (a sliding capo) that locks in via thumbscrew. Also built-in is a Multibender, a string bending device configurable to different strings and for up to two semitones.

The guitar’s volume control has a Speed Pot, which has a reduced rotational angle for quick volume adjustments. Signature touches on the guitar include a Banjo armrest, custom knobs and back cover and a Catalina Green Burst finish.

This semi-hollow electric guitar was designed for session veteran Tom Bukovac, whose work can be heard on over 500 albums for the likes of Stevie Nicks, Vince Gill, Keith Urban and more. Aptly nicknamed “The Session Man”, this guitar has a maple body and a set maple neck with an Indian rosewood fingerboard.

Offering a wide array of tonal options are a pair of GrandVintage humbuckers and a piezo pickup as well. For hardware, there’s a Diamond Deluxe Tremola, Duesenberg’s open Z-Tuners and a steel saddle Piezo Bridge.

As yet, pricing for Duesenberg’s new models has yet to be announced. First pre-orders are said to start shipping in May 2021.