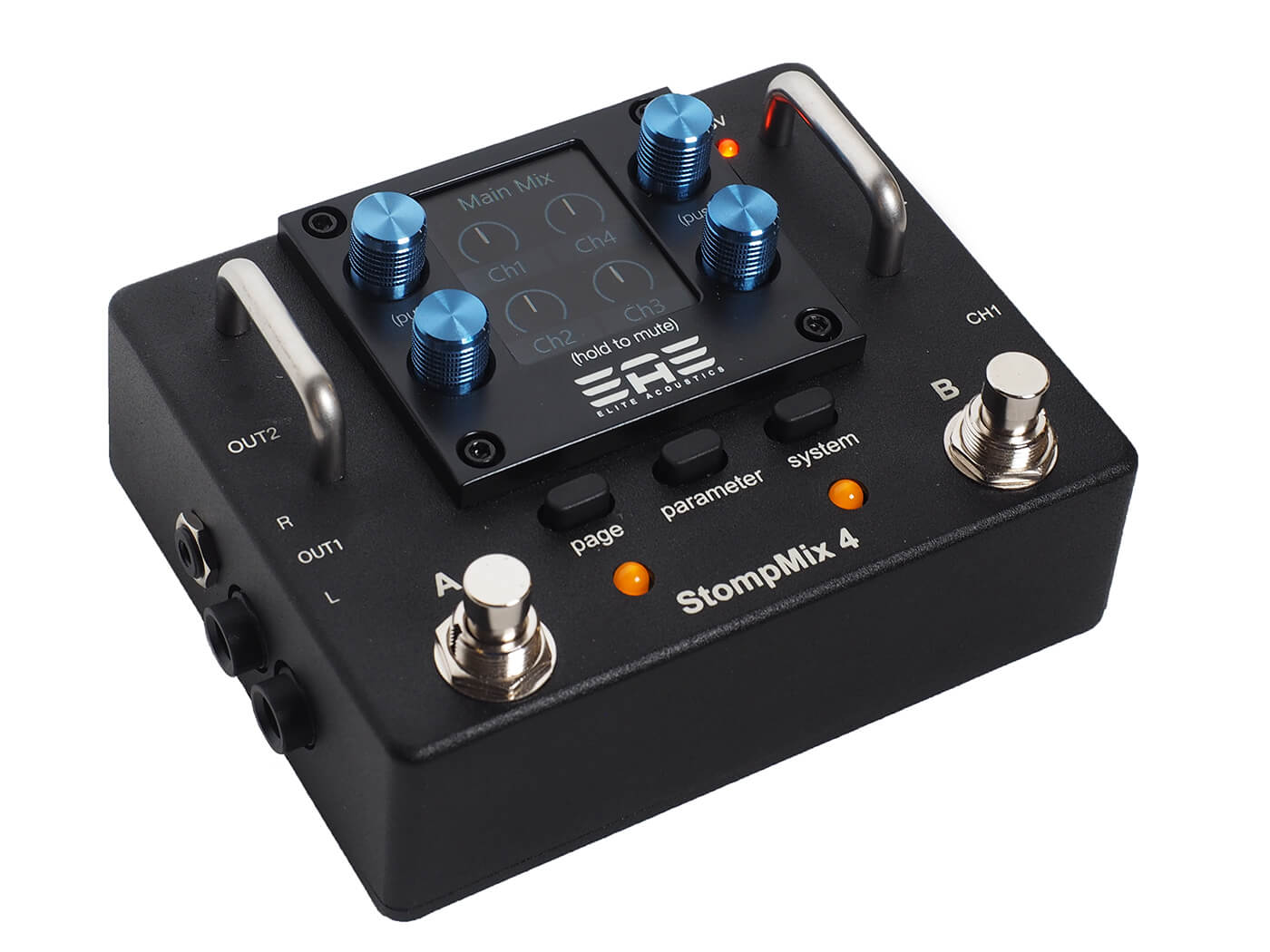 Elite Acoustics Engineering (EAE) has lifted the lid on StompMix 4, a four-channel mixer that you can toggle with your feet. It offers similar processing capabilities as the StompMix X6, but in a smaller enclosure.

At the heart of StompMix 4 is a 32-bit, 100Mhz DSP engine. On top of four-channel mixing capabilities, the new device arms you with a range of utility functions. These include a compressor, limiter, mid-sweepable EQ and high-pass filter, alongside effects such as reverb and delay.

Onboard the device, you’ll find two assignable footswitches – that help you toggle presets – as well as a wealth of I/Os, which are detailed below:

Here’s an overview of StompMix 4: