Not your average analogue overdrive. 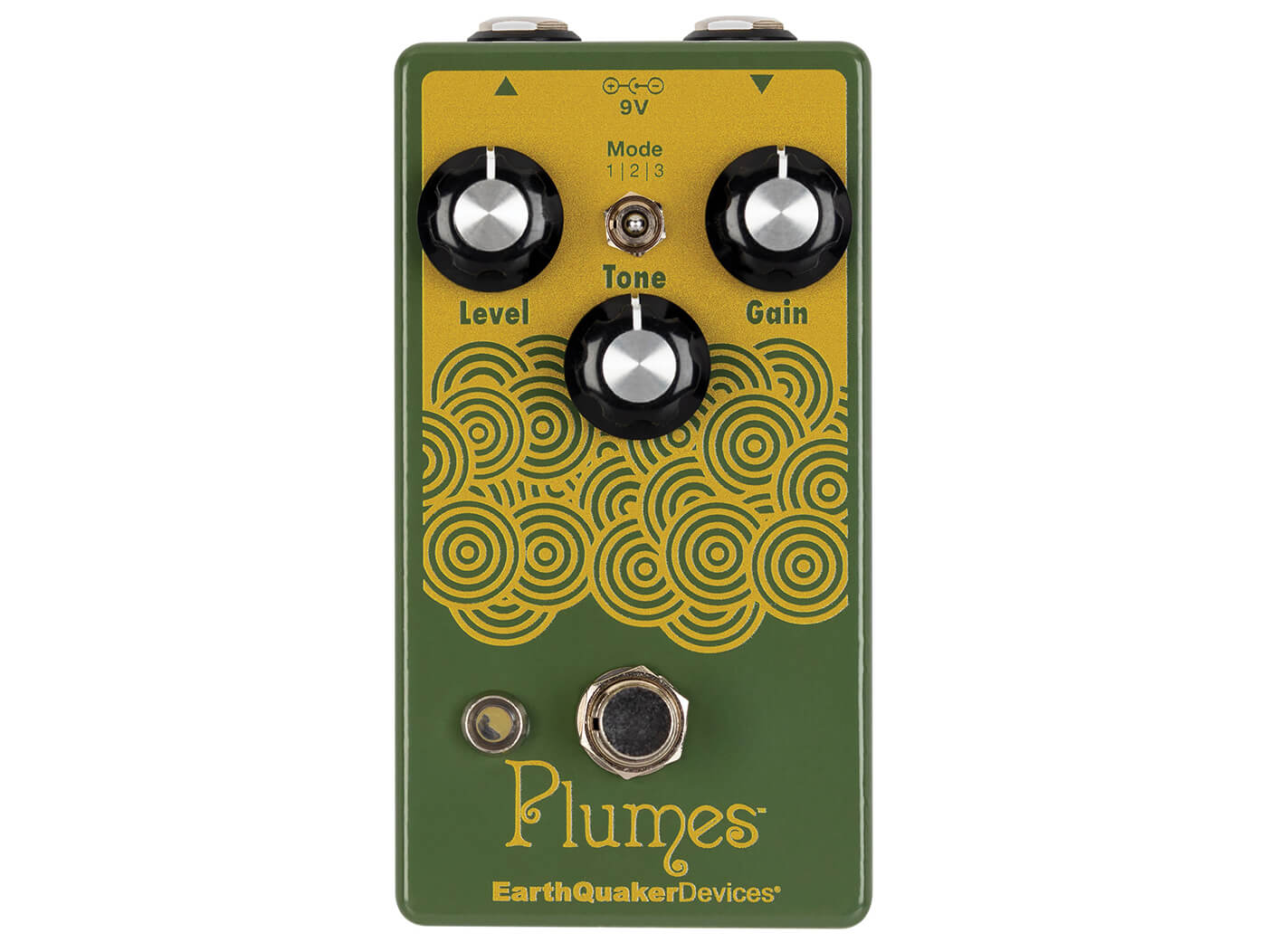 The goal with Plumes, according to EQD, was to put a twist on the tube-like overdrive blueprint. Plumes’ main modification is in circuitry, where the commonly used JRC4558 OpAmp and the BJT buffers have been swapped out for low noise JFET OpAmps. This change is said to have two benefits: a more robust, precise signal and much lower noise floor.

Signal quality is further improved by changes made to internal power conversion and input impedance. The former sees nine-volt input converted into +/- nine-volt for increased headroom and 3D-like clarity. Input impedance, on the other hand, has been bumped up to 10 megaohms, resulting in a “stronger signal with more clarity and chime”, according to EQD.

A three-way switch onboard Plumes selects between these clipping options:

Plumes boasts a classic three-knob layout of level, gain and tone. The last of these can be used to shape low-ends as well as sculpt clear highs and focused midranges. The three controls are complemented by EQD’s Flexi Switch-enabled footswitch, which enables you to engage in momentary or latching-style operation.

Hear Plumes in action below:

Available from 3 August at an estimated retail price of £105. More info at earthquakerdevices.com.