The highly-coveted octave distortion pedal is no longer a limited edition. 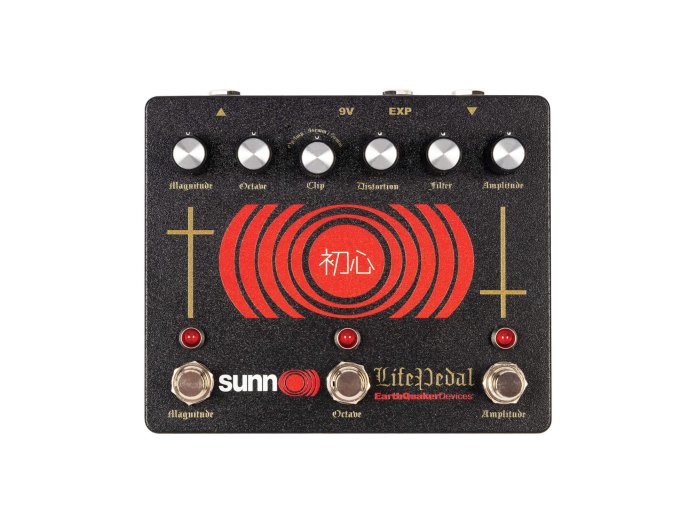 The highly coveted collaboration between EarthQuaker Devices and Sunn O))), the Life Pedal, has been updated to Volume III after two limited-edition runs. The third edition comes with a few tweaks, and is now a permanent part of EarthQuaker’s lineup.

The pedal has had a visual overhaul, and is now in an enclosure that’s smaller than the original’s vintage-style wedge, but larger than version two’s more traditional box.

With a few minor improvements to the circuit, it retains the sonic approach of the original: a blendable vintage analogue octave-up, running into a distortion inspired by a vintage RAT, and then finally into a high-impedance clean boost. The distortion section has a three-way clipping selector: symmetrical, using two silicon diodes, asymmetrical, using silicon diodes and an LED, and ‘op-amp’, IE, no diodes at all for a louder, less compressed sound.

The larger enclosure now allows for a third footswitch to engage the octave effect. The octave and distortion must still be used together, but the boost is switchable independently of this first section of the signal chain.

The return of the pedal to EarthQuaker’s permanent lineup is good news for fans of heavy doom and drone tones, as the scarcity and cool-factor of the original limited-edition pedals had driven up the resale price quite a bit.

The new version lists for $299. Hear it in action with the demo videos below:

Find out more at earthquakerdevices.com.