One of Eddie Van Halen’s Frankenstrats sold at auction for $50,000

Van Halen gifted the Frankenstrat to Mountain’s Leslie West in the mid-80s. 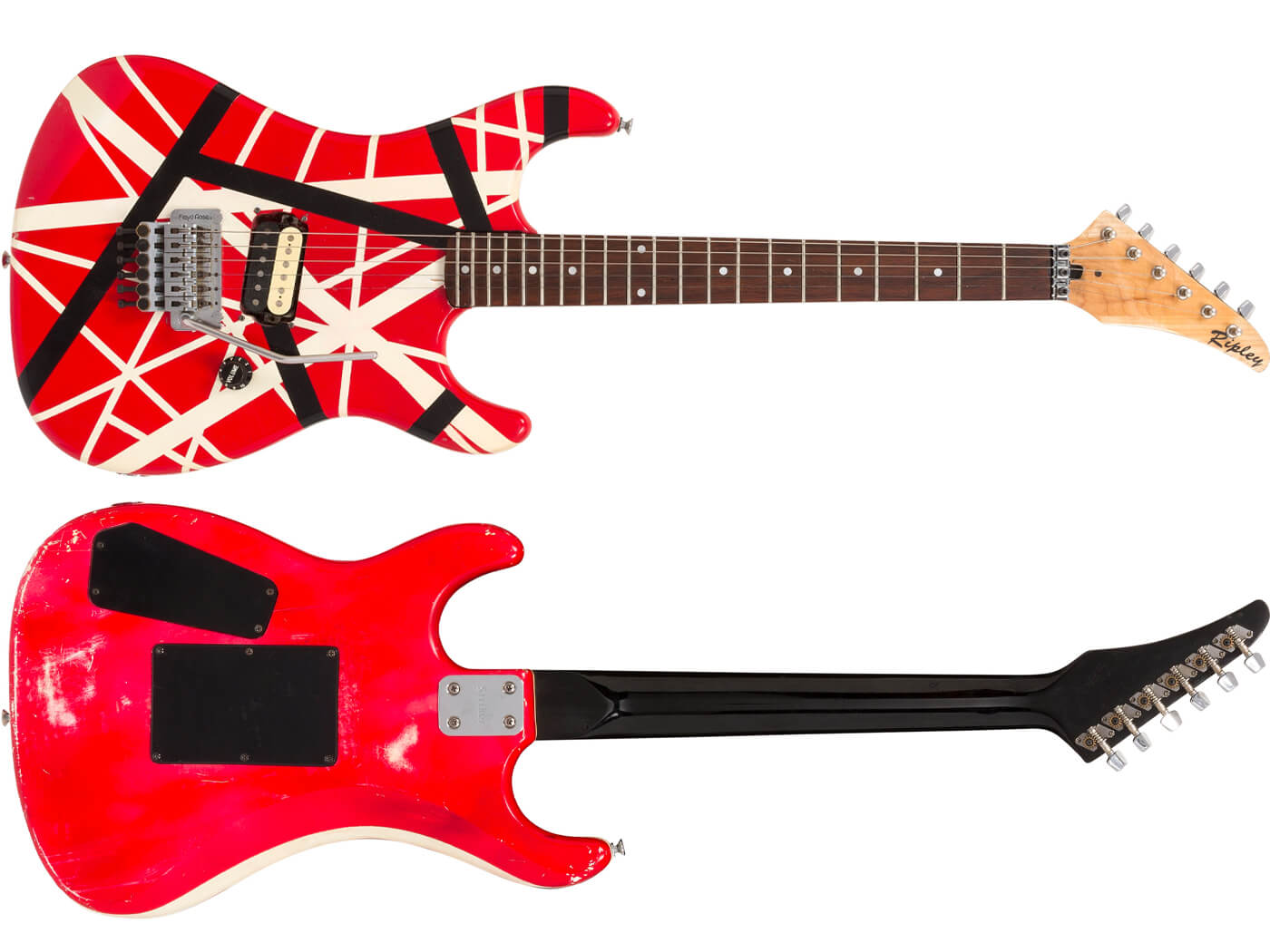 One of Eddie Van Halen’s Frankenstrat guitars, which he gifted to the late Mountain guitarist Leslie West, has sold at auction for $50,000.

According to the auction house, the guitar is “believed to have been used by Eddie as a backup guitar” on Van Halen’s 1984 and 5150 tours during the mid-80s. It’s covered in “various nicks and metal coating wear”. After receiving it in the mid-80s, West gave the guitar to his bodyguard in 1990, who brought it to auction.

Created by guitarist-inventor Steve Ripley, the instrument began life as a Kramer Striker with a Floyd Rose vibrato.

It has a custom-made rosewood neck with a dark hue, noted by the auction house to be “extremely rare” as Van Halen favoured light-coloured necks.

The spray-painted finish was striped by hand. Its white painted stripes have been “tinged with a light yellow” from “age, and extensive exposure to cigarette smoke”, claims Heritage Auctions.